Now that America has elected Donald J. Trump as their 45th president, how might the New York entrepreneur’s administration affect women and children in the next few years?

Some of this is pure conjecture, since Trump’s policy talks have been notably short on details. Trump has, however, repeatedly said he intends to repeal most of the Affordable Care Act, or Obamacare, which would have grave effect on hundreds of thousands of families, if not more.

Since 2010, the ACA has cut in half the number of uninsured citizens to a historic low of 8.6 percent of citizens, or 27.3 million people . A 2015 Congressional Budget Office study said that repealing the program would eliminate insurance coverage for about 22 million in 2017, and coverage of birth control and critical prenatal care might no longer be offered.

The study also said that the repeal of Obamacare could increase the federal budget deficit by some $137 billion by 2025, a conjecture that has been lost in the discussion.

Obamacare is not without its challenges. Recently, some insurance companies announced they were backing out because they weren’t making enough money. Simply, old and sick people in need of insurance coverage are signing on faster than are young, healthy people. Insurers that have stepped back include Hartford’s Aetna —and here is more on that company’s healthy quarterly earnings. Industry watchers predict rate hikes for roughly 10 million people who are insured through health exchanges in their states, such as Connecticut’s Access Health CT.

That’s a fixable speed bump, but one that Trump seized upon in his campaign. He called Obamacare a “horror,” and promised to repeal and replace it with a program that will push the vulnerable to suckle at the dry tit of the marketplace. 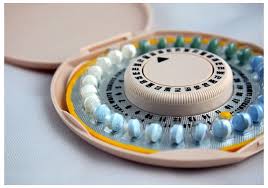 Coverage of birth control could be eliminated if the ACA is repealed or amended.

And how will the marketplace treat women? If history is a teacher, prior to Obamacare, women were subject to something called gender rating, where companies on the individual insurance market considered gender when setting premium rates. Women could pay more—sometimes one and a half times more—than men for the exact same coverage. Obamacare eliminated that. Without laws in place—and Trump has shown a disdain for government regulation—the insurance industry could revert to the bad old days, where being a woman costs more—medical care-wise—than being a man.

And what of features such as domestic violence screenings, now included in the ACA? That’s any one’s guess. Again, we’d look to the marketplace for succor.

Even without repealing Obamacare, Trump could eliminate coverage of birth control—one of the ACA’s most popular features—without the input of Congress. All that requires is a request to the Department of Health and Human Services for what means preventive health benefits for women, which by the current administration’s definition includes contraceptives.

As for reproductive rights, Trump says he’s anti-abortion and late in the campaign moved even further into the anti-abortion camp by affirming his support of the Hyde Amendment. Last March, he told MSNBC he believed that women who get abortions should be punished. Trump soon amended that statement to say that he meant the doctors who perform abortions should be punished.

Trump said he intends to appoint Supreme Court justices who will overturn Roe v. Wade—unless, of course, the Democratic Senate serves up the same kind of obstructionism their Republican colleagues have since the March nomination of Merrick Garland, the District of Columbia federal judge who’s been in limbo as Republican after Republican has blocked his appointment.

But if you are not a Trump supporter—or if you simply favor a progressive future—take heart. A 2014 study said that the more heated a campaign, the more effusive politicians become with their promises. The study also said that promises aren’t just talk. On average, politicians fulfill roughly 60 percent of their promises, but that’s contingent on constituents pushing them to live up to their word. In the end, it just may come down to who pushes harder.