On May 11, a Weston woman was injured in a car accident on I-95 – a crash that police attributed to distracted driving. 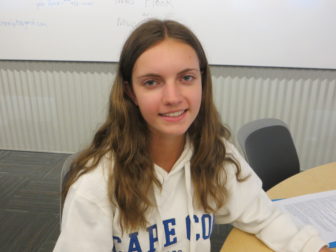 According to the police report, the woman was completely stopped due to highway construction when her SUV was suddenly hit from behind. The front of her vehicle collided first with a metal guardrail and then with a tractor trailer in front of her. The SUV flipped over, and her dog was ejected through the rear passenger window. The vehicle was totaled, the woman suffered a mild concussion, a broken nose and bruises, and her dog suffered a broken leg, bruised ribs, broken teeth and cuts from glass.

The other driver had no injuries, and his car was able to be driven from the scene. He was issued five citations, two of which directly concerned distracted driving, the report said.

This is just one of the 20 percent of accidents nationwide that occur annually due to distracted driving, as reported by the Connecticut Distracted Driving Task Force.

Distracted driving has become an epidemic in the state of Connecticut, and “far exceeds the dangers posed by driving while impaired,” said State Rep. Fred Camillo, R-Greenwich, a member of the task force.

The issue is attracting much attention from state lawmakers, with 10 percent of Connecticut drivers driving distracted at any given time, as reported by the Connecticut Post in 2015. Distraction.gov reports that 3,129 people died in the U.S. in distracted driving crashes in 2014 alone.

Under a 2005 Connecticut law, drivers can be fined up to $500 for using cellphones or mobile devices without hands-free technology.

Connecticut’s adoption of Graduated Licensing in 2008 prohibited the use of hand-held phones by drivers under the age of 18, even if equipped with hands-free devices. Strong punishments were also established: a 30-day license suspension and $125 restoration fee for the first offense.

Following the implementation of these penalties, the CDC’s Youth Risk Behavior Survey reported that 36.3 percent of Connecticut teens admitted to texting and driving in 2013. In 2015, that statistic dropped to 29.6 percent.

Nationally, the number of teens who admitted to texting and driving only changed .1 percent over the same length of time, from 41.5 percent in 2013 and 41.4 percent in 2015. Connecticut teens ranked well below the national average, and the ranking dropped drastically over the span of two years.

Campaigns such as the U Drive, U Text, U Pay initiative launched by the National Highway Traffic Safety Administration began to raise awareness for the issue, exposing people to the dangerous reality of distracted driving.

Camillo said he could not comment on the effectiveness of these campaigns since he was not aware of the latest data regarding them.

Camillo is pushing for more action. In 2013, he and a panel of colleagues reviewed several proposals that would increase the penalties for distracted driving, but could not come to the necessary consensus for approval.

“I was a proponent of heavier penalties…we need to see the later statistics to see how severe we should make [the laws],” Camillo said.

Mia St. Angelo is a student at Weston High School.