For more than 20 years, the Citadel of Love, a Pentecostal church, has anchored one of Hartford’s most economically-challenged neighborhoods in the city’s North End.

In its outreach ministries, the church offers clothing giveaways and free meals. Under the leadership of Pastor Marichal Monts, a Hartford native who grew up just down the street, a church committee met recently to discuss some of the flock’s health challenges.

High on the list of health challenges discussed by the leaders was Type 2 diabetes, which was once called adult-onset diabetes. Type 1 is found more often in juveniles and cannot be prevented. Type 2 is preventable, and two church members had been recently diagnosed and hospitalized with the disease.

It isn’t hard to go through any community of color and find diabetes. And it’s not hard to find attempts to educate people about it.

Since 1994, the state Department of Public Health, through its diabetes prevention and control program, has worked with the Centers for Disease Control and Prevention to educate Connecticut residents about diabetes. 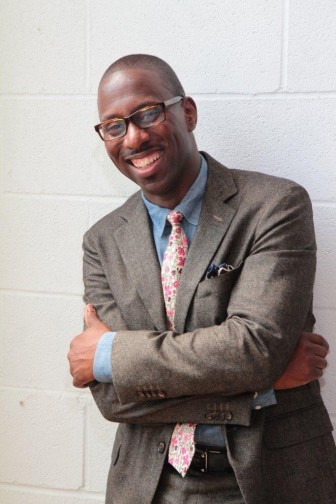 The department says that just under 9 percent of Connecticut adults—or 257,000 people over the age of 18—have been diagnosed with diabetes. The state says another 83,000 residents have prediabetes but haven’t been diagnosed yet. As many as 930,000 Connecticut residents age 20 and older have prediabetes, where blood sugar levels are elevated, but not high enough to be Type 2 diabetes. Untreated, prediabetes can become diabetes within a decade, and the presence of prediabetes can mean the start of the same disastrous health effects of regular diabetes.

The incidences of diabetes among communities of color are even higher. The Food and Drug Administration’s office of minority health says, for example, that the death rate for diabetes among Hispanics is 50 percent higher than among non-Hispanic whites. According to the American Diabetes Association, African Americans are 1.7 times more likely to be diagnosed with diabetes than are Caucasians. A 2014 survey from the Centers for Disease Control and Prevention says that diabetes is present among

Those higher numbers for minorities can be explained by a variety of factors, including job strain, poor diet and a lack of exercise, according to the FDA. If a family is growing up in an urban area, where access to fresh fruit and vegetables is minimal, they are often left with an unhealthy diet that can usher in all kinds of health concerns, including obesity and diabetes.

Diabetes is diagnosed when the amount of glucose is too high in the blood, generally because the pancreas isn’t producing enough insulin, which helps the body use glucose. Diabetes cannot be cured, but it can be managed. Left untreated, it can lead to cardiovascular disease, blindness, a compromised digestive system, kidney failure, and infections that can lead to amputation.

For organizations such as the Citadel, stressing prevention is a new tack, but an important one.

“We are just trying to take a bite out of the whole apple,” said Monts, by tacking “non-traditional topics that the church has shied away from. It really is just another time when I am trying to minister to the whole man and have my congregation completely whole.”

March 22 is the American Diabetes Association’s Alert! Day, when the association encourages Americans to test themselves for Type 2 diabetes. (The test is online; only a medical doctor can accurately diagnosis diabetes.)

The Connecticut Health Investigative Team is sponsoring a free community forum on diabetes from 5 to 7:30 p.m. on April 7 at Chrysalis Center, 255 Homestead Ave., Hartford. Live Spanish translation will be provided. The event will include an appearance by Chef Jay Lewis, author of “The Gentleman’s CookBook.”