The licensed practical nursing program at Vinal Technical High School in Middletown is in danger of closing because too few graduates have been passing the LPN licensing exam.

Vinal Tech’s passing rate has been rising since it was 53 percent in 2012, but it remained at only 75 percent May 1 and Oct. 1, 2015, state records show. To keep its approval from the state Board of Examiners for Nursing, the program must have a passing rate of at least 80 percent among students taking the test for the first time after graduation.

Due to the 75 percent passing rate, the nursing board voted unanimously Oct. 21 to start the process to close the program. The board began a hearing on the proposed closure Jan. 20 and continued it to March 23. It is possible the board will take a vote on the program’s fate on March 23, said Christopher Stan, a spokesman for the state Department of Public Health (DPH).

“By regulation, the acceptable pass rate is 80 percent,’’ he said. “Anything less than that is considered deficient.” 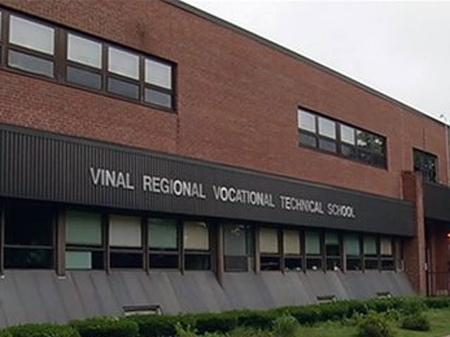 There are six LPN programs in the state and Vinal Tech’s is the only one facing closure.

“We are continuing to work with our students to ensure they have the skills, knowledge and experience to become licensed practical nurses and get good jobs in the field,” Smith said.

Dominique Lambert, 30, of Meriden works as a home health aide but had planned to enter the full-time Vinal Tech program as a step toward her dream of earning an associate’s degree in nursing.

“I’ve been procrastinating on this since about 2010, but I’m ready to go forward now,’’ she said. If the program closes, “it’s a bit on the disappointing side. I’d have to drive farther to go to Eli Whitney” Technical High School in Hamden.

Program leaders made a plea last fall to stave off the closure, saying that as of Oct. 28, 81 percent of students had passed the test. Regina Beccia Wrenn, head of the LPN program at Vinal Tech, and Patricia Fennessy, an education consultant for the Technical School System, wrote that the school has taken several steps to increase the passing rate.

The steps include decreasing the program size, revising the curriculum, starting a support group for students, making the classroom tests more analytical and giving each student a Google Chromebook laptop to use in the classroom, they said.

Wrenn and Fennessy reported that Connecticut Valley Hospital in Middletown recently hired three 2015 Vinal Tech program graduates and that the Hospital for Special Care in New Britain hired one.

“We are confident that with the changes implemented with the Class of 2017 that they will exceed the required 80 percent passing rate,’’ Wrenn and Fennessy wrote.

At the Oct. 21 meeting, the nursing board determined that rates had risen to over 80 percent at Prince Tech and Eli Whitney Tech and removed them from conditional status. Vinal Tech is the only program facing a closure hearing at this time, DPH’s Stan said.

In 2010, the 10 LPN programs at the technical high schools were suspended when then-Gov. Jodi Rell cut their funding. An infusion of $1.2 million from the Technical High School System and an increase in tuition from $3,400 per semester to $10,200 for the 18-month LPN programs saved six of them, including Vinal Tech. Classes resumed in January 2011.

But the six programs faced many obstacles, including a diminished pool of prospective students and teachers having to adjust to new schools, according to Wrenn and Fennessy.

The tuition increase was another obstacle they cited. Financial aid for the LPN program consists only of Federal Pell Grants and tuition payment plans, Wrenn and Fennessy wrote, while “many of the students that enter the program are trying to better themselves yet need to work in order to support themselves and their families.”

Despite the low passing rate in 2012, Vinal Tech received full accreditation for six years from the Council on Occupational Education.