As we open the book on 2016, here are a few things to watch for in the field of women’s health and well-being. In no particular order, from the Office of Healthcare Prognostication—a department I just made up—comes these predictions for the new year:

1 • The use of mobile health apps, or so-called “health wearables,” will increase, according to the American College of Sports Medicine’s 10th annual survey on fitness trends. Already, the adoption of smartphone health apps has doubled in the last two years, from 16 percent in 2013 to 32 percent of consumers saying they have at least one health app on their mobile device. 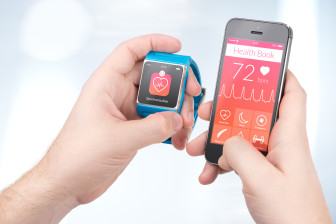 Health app use has doubled in the last two years.

2 • Beyond measuring one’s fitness, health care in general will begin a “shift into the palms of consumers’ hands,” according to PwC’s 2015 Health Research Institute’s annual report. It’s happening already in primary care and the management of some chronic diseases, though programs such as Omada Health’s online program called Prevent are pushing into fields such as behavior modification. This is an approach that, according to PwC, consumers may adopt faster than their doctors or clinicians, who tend to wait for peer reviews. (And with these innovations, watch for increased concerns about cyber security.)

3 • While the cost of living continues to skyrocket in Connecticut, policymakers will need to take seriously some of the findings in reports such as the Permanent Commission on the Status of Women’s Self-Sufficiency Standard for Connecticut 2015. Published every five years, last year’s report carried very little good news. The amount of money needed to meet the cost of basic needs in the state increased by an average of 32 percent since 2005, according to the report. Struggling families—often headed by women—need public support.

4 • Late last year, “Pharma Bro” Martin Shkreli was arrested not because he hiked the price of a lifesaving medication from $13.50 to $750 a pill. Instead, he was arrested for securities fraud. He placed a drug out of the financial reach of—in this case—people with HIV and others susceptible to a parasitic infection.

Pharma Bro’s denouement notwithstanding, look for attention paid to his price increase to create more buzz around rising drug prices. Watch consumers call for things like price transparency from their health care providers. That will mean health care facilities must include an education component in the care they provide. In Connecticut, a recent law requires that patients receive explanations about any facility fees, which are usually charged for outpatient services. Patients are most likely going to ask for more.

Some of those high health care prices are a result of mega-mergers within the health care field. Without competition, drug manufacturers and health care providers are free to raise prices without fear of losing business.

Look for more of those mergers in 2016. The Anthem/Bloomfield-based Cigna union is now in the hands of the regulators, though shareholders voted overwhelming last month to bless the union. Connecticut’s state Department of Insurance is taking the lead on a 26-state review of the merger.

6 • And speaking of people in power: Look for more attempts on the part of certain members of the Republican Party to dismantle all or part of Obamacare, after 50-some attempts so far. (It may be 60. I’ve lost count.) Connecticut was an early adopter of the Affordable Care Act, and has been lauded as having one of the most successful health exchanges in the country with some of the lowest percentages of uninsured people nationwide, but that sentiment is not shared nationwide.

And so it goes.