Eighteen Connecticut hospitals will lose 1 percent of their Medicare payments in 2016 as a penalty for comparatively high rates of avoidable infections and other complications, such as pressure sores and post-operative blood clots, according to new federal data.

The Centers for Medicare & Medicaid Services (CMS) announced this month that 758 of the nation’s hospitals – about 23 percent of all eligible hospitals — would be penalized for patient safety lapses in the second year of the Hospital-Acquired Condition Reduction Program, which was mandated by federal health care reform. The penalties are based on rates of infections and other complications that occurred in hospitals between 2012 and 2014.

Yale New-Haven is being penalized for the second year in a row.

The 18 hospitals in Connecticut include larger urban institutions, such as Yale-New Haven, Hartford and Bridgeport hospitals, and smaller hospitals, such as Manchester Memorial and Windham. They are among hospitals in the worst performing quartile nationally on patient-safety measures including the frequency of central-line and catheter-related infections, post-operative sepsis and accidental laceration.

While nearly a quarter of all eligible hospitals nationally are subject to penalties, a higher proportion – close to 60 percent — of Connecticut’s hospitals are facing penalties.

In total, Medicare expects the penalties will cost hospitals $364 million in fiscal year 2016. About half of the hospitals cited this year were also penalized in 2015.

The patient safety sanctions are among several programs that Medicare uses to penalize underperforming hospitals. Hospitals also are penalized for high rates of readmitting discharged patients, and for poor performance on certain clinical and mortality-rate measures. 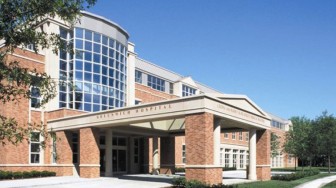 Greenwich Hospital is being penalized for the first time.

In Connecticut, 28 hospitals will lose Medicare reimbursement in 2016 for relatively high 30-day readmissions of patients with heart failure and other conditions.

Lisa Freeman, director of the Connecticut Center for Patient Safety, said that while the state’s hospitals have made progress through a statewide initiative to eliminate preventable harm, they “need to be doing much better in terms of advancing their cultures of patient safety . . .

“Each avoidable complication leading to patient harm is happening to a person – a mother or a father, sister, brother or a child,” she added. “It is not only a statistic.”

Dr. Mary Cooper, vice president and chief quality officer of the Connecticut Hospital Association (CHA) – noting that the data for the 2016 penalties date back to 2013 and 2014 — said hospitals have made progress in the last several years in reducing blood stream and catheter-related infections.

“We do see a fairly significant reduction in preventable infections, blood clots and pressure ulcers in the last few years,” she said. “Everyone is improving, everyone is working hard, but we have to do better . . . One preventable complication is one too many.”

Some hospital officials have criticized the penalty program as misguided, noting that Medicare is required to punish a quarter of hospitals nationwide each year, regardless of whether individual hospitals have shown significant improvements over time.

Cooper said that hospital leaders in Connecticut are committed to moving towards “zero harm” to patients. Connecticut hospitals have been recognized nationally for 100 percent participation in a statewide initiative to become “high reliability organizations,” a program focused on patient safety that has trained more than 10,000 staff and physicians.