Connecticut slipped two spots, to sixth place, in an annual report on the nation’s health, with high scores on infectious disease prevention and immunizations, but relatively poor rankings on drug-related deaths and excessive drinking.

The report, issued by the United Health Foundation, shows Connecticut fares well on measures such as obesity, occupational fatalities, health insurance access, and the incidence of infectious disease. It is among the 10 best-ranked states in terms of cancer deaths (seventh), premature death (third), availability of primary care physicians and dentists (sixth and fifth, respectively), and percent of children living in poverty (eighth). 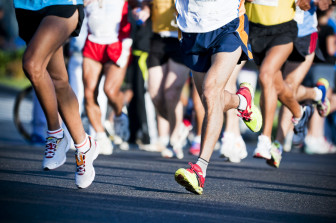 But the state ranks relatively poorly on several other indicators, including excessive drinking (26th) and drug deaths (23rd). In the past year, the rate of drug-related deaths in Connecticut increased 19 percent, from 11 to 13.1 per 100,000 population – higher than the 4 percent increase nationally.

Connecticut’s rate of 13.1 deaths remains lower than the U.S. average of 13.5, but is higher than 22 other states, including New York and California.

Overall, North Dakota had the lowest rate of drug deaths, at 2.7, while West Virginia had the highest, at 32.4.

The rate of Connecticut adults who self-reported either binge or chronic drinking was 17.6 percent – the same as the national average, but among the highest half of states.

Connecticut also ranked poorly – 47th – in a measure of health disparities based on the difference in the percentage of adults, ages 25 and older, with and without a high school education who self-report their health as very good or excellent.

Nationally, the report shows decreases in rates of preventable hospitalizations, cigarette smoking and cardiovascular deaths. But the authors noted “troubling increases” in rates of drug deaths, diabetes and obesity.

“Too many Americans today are developing chronic illnesses due to their lifestyle choices,” said Rhonda Randall, senior advisor to the United Health Foundation. She said “innovative community-based programs and solutions” are needed to fight obesity, diabetes and other serious chronic conditions among vulnerable populations.