The Centers for Medicare and Medicaid Services has backed off a controversial plan that would have changed the way it determines Medicare coverage for advanced prosthetics – a plan critics said would have affected tens of thousands of veterans nationwide.

CMS had issued a draft proposal, known as a Local Coverage Determination for Lower Limb Prostheses, that critics feared would limit access to prosthetics for amputees, including veterans. Following a public comment period that ended in August and a review of those comments, CMS on Monday announced it would not finalize the draft policy. 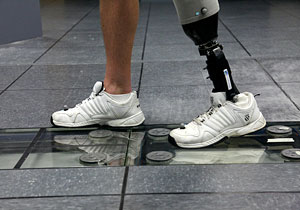 “Both CMS and its contractors have heard concerns about access to prostheses for Medicare beneficiaries,” according to a statement provided by CMS spokeswoman Helen Mulligan.

CMS said it would convene a work group in 2016 to examine the lower limb prostheses issue.

“The purpose of the workgroup is to develop a consensus statement that informs Medicare policy by reviewing the available clinical evidence that defines best practices in the care of beneficiaries who require lower limb prostheses,” the statement said.

Critics of the draft policy had included the Amputee Coalition, a Virginia-based advocacy group, as well as U.S. Sen. Richard Blumenthal, D-Conn., and leaders of the House and Senate Veterans’ Affairs Committees. Blumenthal, himself a veteran, said the plan would have affected tens of thousands of disabled veterans nationwide.

Nationwide, there are about 2 million Americans living with limb loss, including veterans and non-veterans, and about 185,000 new amputees each year, according to the Amputee Coalition.

Critics opposed the proposal, saying it would have:

• Determined a patient’s “functional level” based upon their current capability to walk while wearing prosthesis, instead of on their potential to improve their mobility by using more advanced devices.

• Provided veterans and other amputees less functional prosthesis, or deny them devices altogether, if they were unable to attain the “appearance of a natural gait,” or if they had certain health issues such as high blood pressure.

“I’m pleased that the Centers for Medicare and Medicaid Services heeded the overwhelming outcry from veterans and disability advocates who loudly and laudably fought this deeply misguided bureaucratic proposal,” Blumenthal said Tuesday. “Pencil-pushing billing policies should never stop disabled veterans and others who rely on modern prosthetics from recovering their mobility and reaching their full physical potential.”

Blumenthal said he heard from many veterans and advocates about the life-change effects the advanced prosthetics can have.

“For our disabled veterans who served and sacrificed in combat on our behalf, our nation owes it to them to expand, not limit, access to this technology,” he said.