Connecticut hospitals reported fewer numbers of patients killed or seriously injured by falls or perforations during surgery or suffering from severe pressure ulcers in 2014 than in 2013, but the incidence of such “adverse events” still remains higher than in 2012, a new state report shows.

The report by the Department of Public Health (DPH) shows that the total number of hospital adverse events, or errors, dropped by 12 percent — from 534 in 2013, to 471 last year. Deaths or serious injuries from falls declined from 90 to 78; perforations during surgical procedures fell from 79 to 70; and life-threatening medication errors fell from six to one. The number of patients with serious pressure ulcers dropped from 277 to 245. 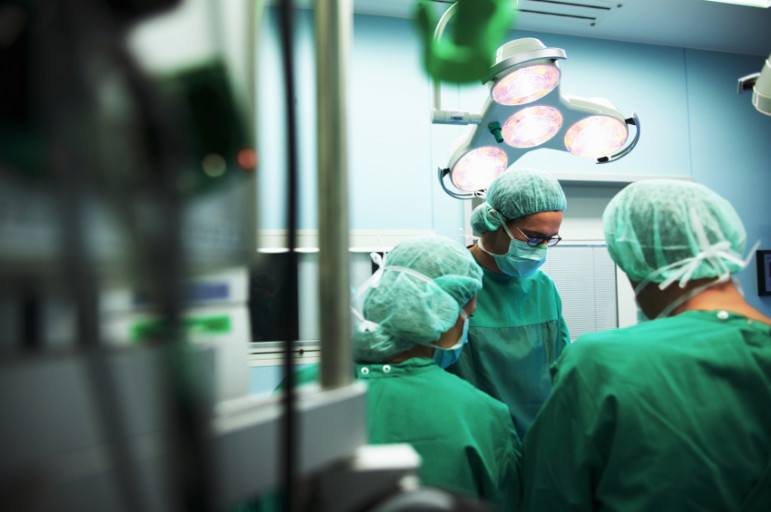 Rates of all four of those incidents had climbed in 2013, in part because of an expansion of required reporting on pressure sores to include “unstageable” ulcers. While the 2014 counts – overall, and for the individual categories — are lower than in 2013, they remain higher than in 2012.

Other categories of errors increased in 2014. They include surgeries performed on the wrong body part (15 in 2014, up from 13 in 2013); wrong surgical procedures performed on a patient (four, up from one); deaths or serious injuries of a neonate during labor or delivery in a low-risk pregnancy (four, up from one); and reported sexual abuse or assault on patients or staff members (nine, up from four). There were 24 reports of foreign objects, such as sponges or towels, left in patients after procedures — down by one from last year, but double the number reported in 2012.

Officials of the Connecticut Hospital Association said the reduction in adverse events is a sign that statewide efforts to reduce preventable harm, including a “high reliability” initiative that involves extensive training in patient safety, are working.

“I think we’re starting to see the decrease we were hoping for, with all the work we’ve been doing,” said Dr. Mary Cooper, vice president and chief quality officer of the association. She said some of the increases in surgical-related and other adverse events could stem from more “transparency in reporting” by hospitals.

While Cooper said she was pleased that the numbers of the most common harms, such as pressure ulcers and falls, had declined, she added, “Our goal is zero preventable harm – not reducing these things by 10 percent. We need to keep going.”

In comments included with the report, officials of most hospitals said they were taking myriad steps to reduce preventable harm. For example, Saint Francis said it had made reduction of pressure ulcers a priority for 2015, while the Western Connecticut Health Network, which includes Danbury Hospital, said it had implemented daily “safety huddles” and “safety coach” programs, as well as internal systems to detect and treat early-stage pressure ulcers.

Lisa Freeman, director of the non-profit Connecticut Center for Patient Safety, said that while hospitals had made progress in some areas, “Unfortunately, there are still too many events that should not be occurring, and too many patients and their families suffering the consequences. Our state still has work to do to move closer to eliminating harm to patients.

“Adverse events are not just statistics, but involve real people,” she said. “It is important to determine why these events are continuing, in spite of all of the efforts being made.” She said hospitals should do more to treat families and patients as “equal members of the care team” and involve them in discussions of safety.

The DPH report is careful not to draw conclusions about the state of patient safety in Connecticut hospitals, mainly because the incidents are self-reported. Also, the majority of adverse reports involve patients over the age of 65, so hospitals with more elderly patients may report higher rates of adverse events.

Yale-New Haven and Saint Francis each reported three incidents of surgery on the wrong body part, while Yale also had six cases of foreign objects left in patients. Of the 12 deaths or serious injuries reported as a result of surgery, two were at Bristol Hospital and four at Yale. The Hospital of Central Connecticut reported eight life-threatening perforations during surgery, while Saint Francis had seven.

Of the 70 perforations reported in 2014, 27 occurred during colonoscopy and six others during unspecified colon procedures.

The DPH does not investigate all adverse events. Instead, the agency focuses on incidents that may indicate “a systems issue or issues related to inadequate standards of care,” the report says.