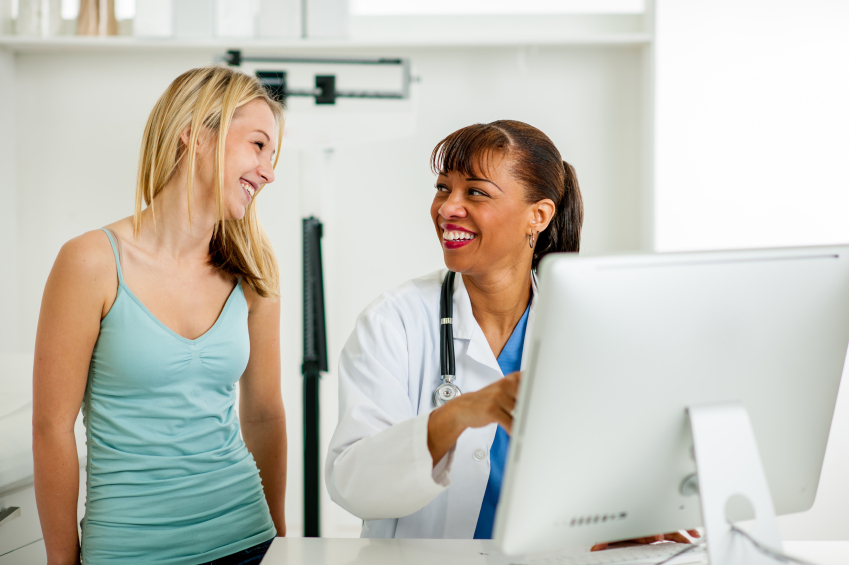 During their childbearing years, many women view their obstetrician-gynecologists as primary care physicians, seeing them for preventive health care as well as for reproductive-related issues.

Several studies, including one published in 2014 in the Journal of the American Medical Association (JAMA), indicate that women may be shortchanging themselves by consulting only an OB-GYN for preventive health care visits. 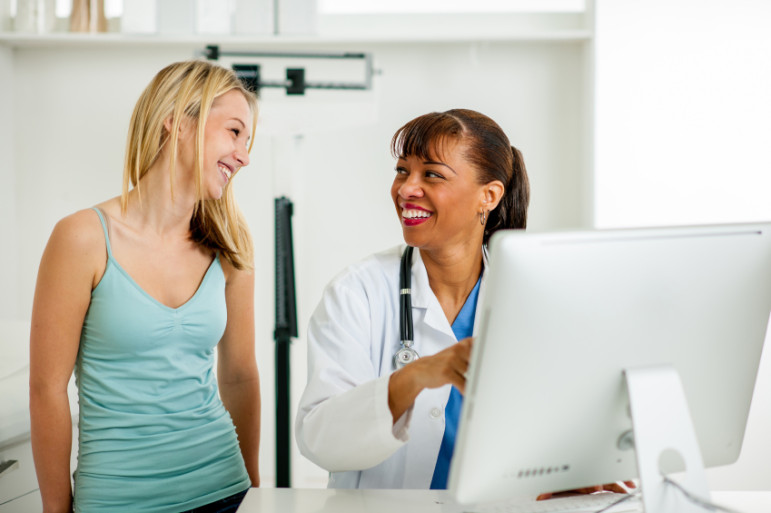 The national study of 63 million preventive health visits by non-pregnant women found that those “of reproductive age who see OB-GYNs only for preventive care may not be receiving the full spectrum of recommended screening and counseling.”

A number of Connecticut OB-GYNs and other women’s health care specialists said, however, that they are aware of the unique role they play, and that they make a point of addressing patients’ broader needs, especially when meeting a new patient. These needs vary, of course, depending on a woman’s lifestyle, risk factors and age.

“If you’re young, in your 20s, don’t smoke and are healthy, you’re very low risk,” said Dr. Susan Richman, a Branford OB-GYN.   “What [those patients may] have is very treatable, and I’m comfortable treating them.”

The JAMA study of “well-woman” visits from 2007 to 2010 showed that while OB-GYNs generally screened for cervical and breast cancers, chlamydia and osteoporosis, general practitioners more often screened for colorectal cancer, cholesterol counts and diabetes. They also counseled their patents more often on diet, exercise and obesity.

Women choose a doctor for a wide span of reasons, however, not necessarily for the kind of screenings a doctor offers. In interviews of women from across the state, most said they want to feel a connection to their PCP, regardless of his or her specialty.

Julianne Hanckel, 29, of New London, said she loves her OB-GYN and has relied on her for preventive health care visits and other medical needs since she moved to Connecticut from New Hampshire six years ago. She doesn’t need any other doctor, she said.   If she gets the flu or needs immediate care, “the walk-in clinic is my first choice,” she said.

Hanckel’s insurance has influenced her choice. Her employer, New London Public Schools, covers her. In the best of all worlds, she said, she would add another provider to supplement the care she receives from her OB-GYN. But she’s not interested in a general practitioner.

“I’ve sought out naturopaths and chiropractors, people who are predisposed to more nontraditional medicine,” Hanckel said.   But her insurance doesn’t cover visits to these providers. She considered consulting an acupuncturist about herbal supplements. “But it was $250 just for an initial visit,” she said.

Lisa Nightingale, 34, of Rocky Hill, was diagnosed with Crohn’s disease in 2011 and thrust into the world of medical specialists. Since her surgery in 2013, Nightingale has been in remission, but she needs to see a variety of specialists once a year or so. When her pregnancy was diagnosed as high-risk, she found a Newington OB-GYN who could treat her and with whom, at this point, she feels a strong connection.

“I basically begged him” to be her PCP, Nightingale said, but her insurance wouldn’t allow it. Now, in addition to the specialists and her OB-GYN, she has a primary care physician – at least on paper. But if she’s ill and needs a doctor quickly, “it’s impossible to get an appointment with her.” So, like Hanckel, “I did, and still do, walk-in clinics,” Nightingale said.

The American Congress of Obstetrics and Gynecology, which advocates for women’s health doctors, doesn’t take a stand on whether an OB-GYN should be a woman’s primary care physician, but notes in its Guidelines to Women’s Health Care: “During the reproductive years, the obstetric-gynecologic practitioner often serves as a woman’s point of entry into the health care system, her provider of primary care, and a source of continuity in her health care.”

Dr. Carol Fucigna, an OB-GYN with Stamford Health Integrated Practices, is keenly aware of this role. “From 75 percent to 80 percent of my patients are of childbearing age,” and most of them consider her their primary care physician, she said.   Fucigna, whose practice is mostly in Darien and Wilton, said she and other doctors in her practice make a point of taking “a very comprehensive history” when a new patient enters the practice.

About the same time that Paula Cosgrove, 55, of Middlefield, began to experience headaches and frequent heart palpitations, her primary care doctor got ill and stopped treating patients.

Even though she’d had her annual gynecological exam just two months earlier, Cosgrove turned to her gynecologist, who immediately sent her to a cardiologist in Middletown. Cosgrove was diagnosed with a heart condition called supraventricular tachycardia, had a surgical procedure, and hasn’t had a problem since. She had her two children with that gynecologist, “but I’ve built more of a relationship with her becoming my GP,” Cosgrove said.

Donna Cameron, who is a women’s health nurse navigator at the Breast Care Collaborative in South Windsor, which is part of the large Eastern Connecticut Health Network, said that when she started working, “there were still family practitioners, even 35 years ago! That was your doctor from beginning to end, they delivered you and [years later would] take care of you and your baby.”

But today, “women have to be responsible for their own health care,” Cameron said. When she meets a healthy younger woman who is just entering the health care system, she steers her to an OB-GYN, who is going to ask, “Is there a family history of breast cancer, ovarian cancer, heart disease? They will order lab work for cholesterol screening.”

She also directs her to a general practitioner. “Some people are smart about their exams,” she said. They’ll go to either their OB-GYN or to their PCP and then, six months later, they’ll go to the other, she said. “This way, you’re always seeing somebody…and there will be two pairs of eyes looking at [your] health care,” she said.