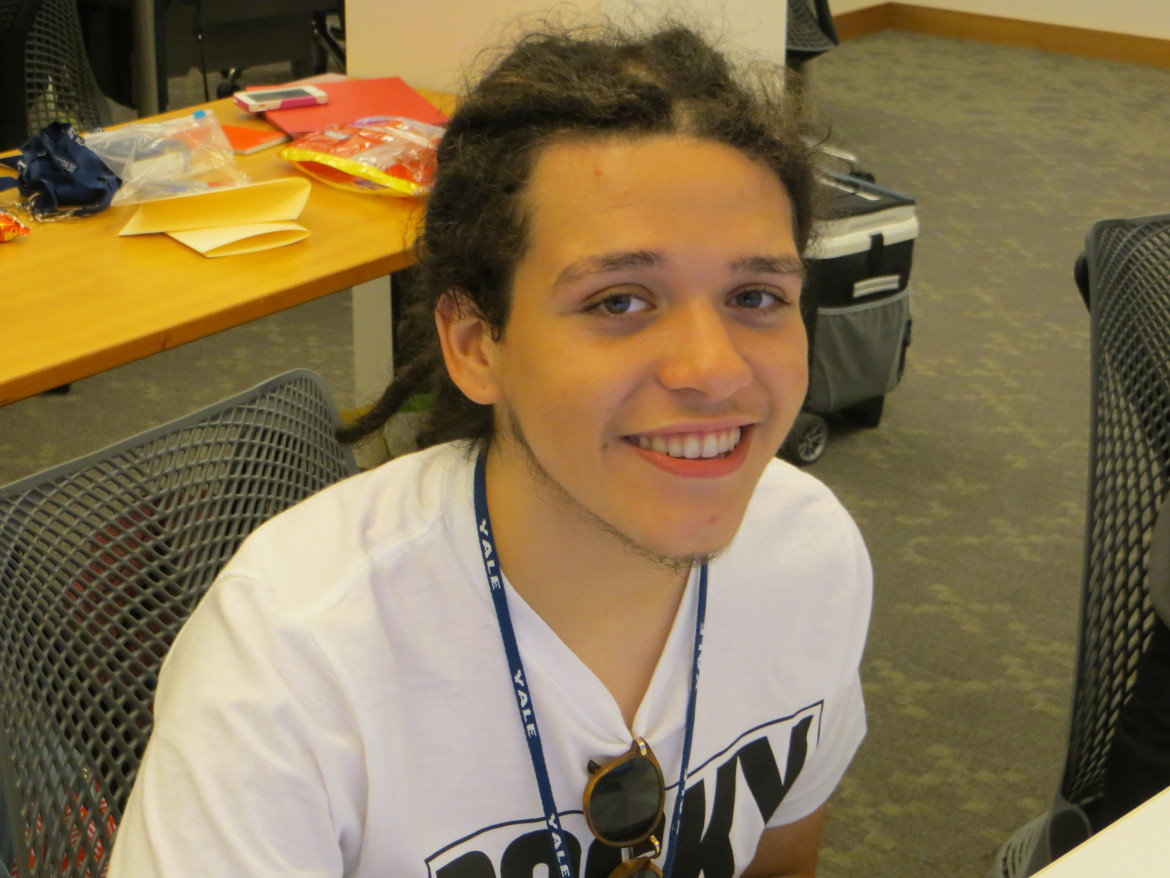 It was a frigid evening in Hartford on Feb. 7, 2007. The sun was just beginning to wink below the horizon. Deanna Pugh, 45, of Enfield, stepped out of her family’s car in front of Reyes Grocery to have a cigarette. She didn’t want to smoke in the car with Cyncere Preston, her seven-year-old granddaughter, because Cyncere had asthma. Just then, a dark-colored Honda sped past the car, and a young man opened fire on the grandmother of six, who plummeted back into the car. A short time later, Pugh was pronounced dead at the hospital.

Preston, now 16 and a student at the Journalism and Media Academy in Hartford, will never forget that night. The young shooter was never caught.

“It was very scary and confusing because it was my grandma,” she said. “It was a lot of chaos getting to the hospital.”

Eight years later, such incidents of random violence have not subsided in Hartford – and many have claimed young victims.

Nationally, gun deaths accounted for 6,201 American lives between the ages of 15 and 24 in 2010 – only slightly lower than motor vehicle traffic deaths, according to the Centers for Disease Control and Prevention.

“Even though violent crime has steadily declined in recent years…rates of gun violence remain unacceptably high,” the report said. “On average, 33,000 Americans are killed with guns each year, and the burden of this violence falls disproportionately on young people: 54 percent of people murdered with guns in 2010 were under the age of 30. Young people are also disproportionately the perpetrators of gun violence, as weak gun laws offer easy access to guns in many parts of the country.”

Some studies have linked weak gun laws to increases in violence. The 2010 “Protect Children, Not Guns” report by the Children’s Defense Fund found states with higher rates of gun ownership and weak gun control laws have the highest rates of firearm deaths when looking at victims of all ages.

“We must act to end the culture of violence that desensitizes us – young and old – to the value of life,” CDF President Marian Wright Edelman said on the organization’s website.

Preston, whose uncle is one of the 20 homicide victims in Hartford this year, said she and her mother are careful about which streets they go to alone at night, and she worries when her brother is out late. She traces some of the violence to Hartford’s struggling school system.

“I think there is a lot of gun violence in Hartford due to lack of education,” Preston said. “[There are] young people not knowing what to do with themselves so they just turn to violence.”

She said some Hartford teens join gangs or buy guns because they see so few opportunities for themselves in the city.

“I think it makes them feel like they have a power that they never got growing up,” she said.

Adrian Sanchez is a student at the Journalism & Media Academy, Hartford.