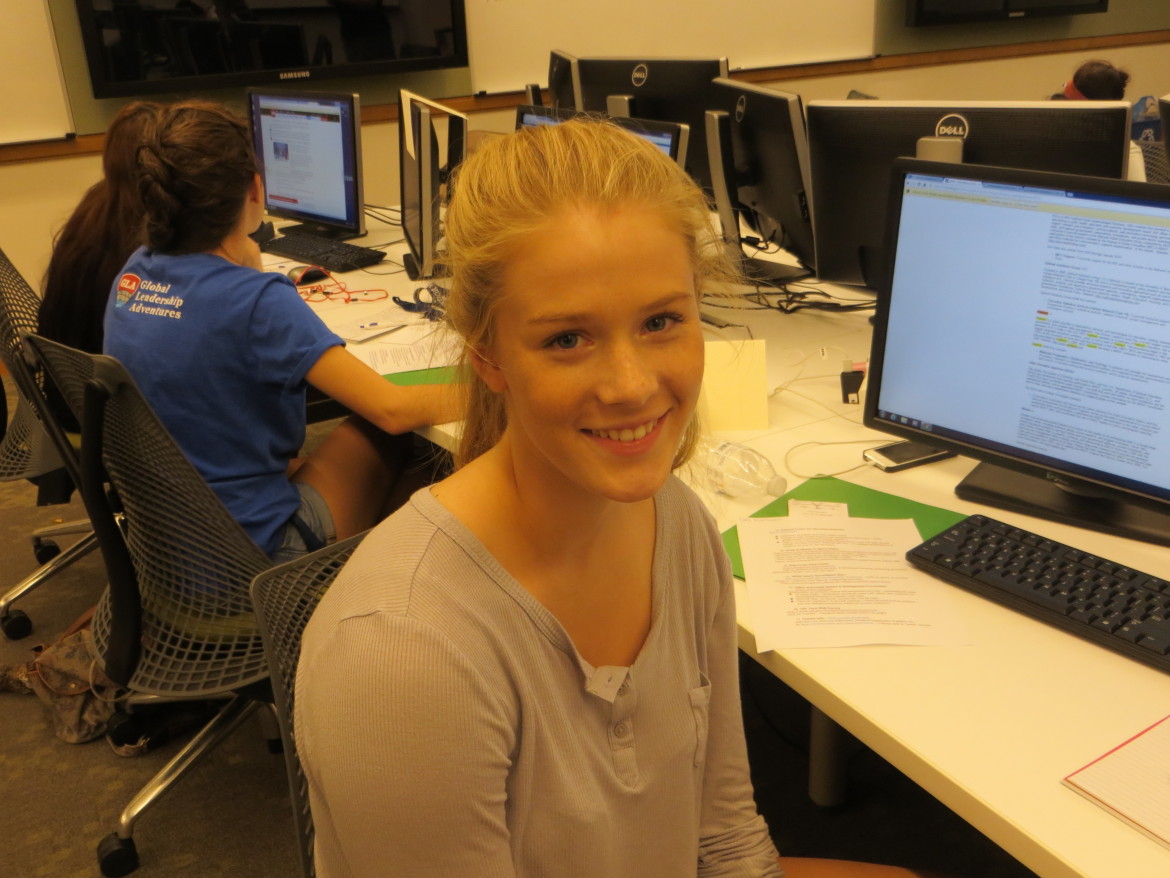 Concerned that a for-profit company has too much control in the market of standardized testing, a movement of educators and students is pushing back by raising awareness and attempting to change state policies. Some critics have created UnitedOptOut.com to boycott Pearson Education and some standardized tests. In addition, an FBI investigation is examining whether Pearson was given the inside track on a lucrative contract to supply Los Angeles schools with software for 700,000 iPads.

Critics say they distrust Pearson due to the company’s domination in the development of curriculum, test materials, study materials and the assessment of the test scores and students. Pearson services are used nationwide, for a wide range of students in grades K to 12.

“Students are shortchanged because they are getting generic tests that are aimed at the two biggest customers’ standards – Texas and California,” said Jennifer Job, an assistant professor of curriculum studies at Oklahoma State University. “I think that students in Connecticut may have different needs than students in Texas, but Pearson doesn’t customize. None of the curriculum is personalized to kids’ needs or interests.”

Pearson is the world’s largest education company, based in London, providing educational services globally. However, it was established 171 years ago as a construction company. It is deeply involved in the business of standardized testing in the United States, with 60% of its sales taking place there.

A Pearson media representative did not return an email for comment. On its website, the company says, “Meeting the global demand for education will make us a more profitable company, profits which we invest back into improving education for everyone – to ensure that the ultimate prize is a better world for us all to live in.”

Pearson is the leading scorer of standardized tests in the country, scoring the tests of over 40 million students every year, according to Frontline. As well as the ability to assess students, the company also creates online procedures to evaluate student teachers.

A specific concern of blogger Alan Singer, a social studies education professor at Hofstra University in Hempstead, New York, is that school districts may begin to use these procedures to also evaluate their teachers, as it has the benefit of being less money and less time.

Federal programs, like No Child Left Behind and Race to the Top, mandate states to show the progression of kids in their states. Pearson markets its tests to schools, which are able to satisfy the federal requirements. As the leading publisher of textbooks in the country, Pearson has a distinct advantage over its competitors, because the schools will generally choose to administer tests that fit the books they use, Job said.

Singer said he is concerned about the power that Pearson wields.

“Pearson has transformed schools, so that instead of curriculum driving testing, testing drives the curriculum,” Singer said.

Job said that teachers are put in the position of teaching a class to pass a single test.

“Teachers are not given the autonomy to teach what they think is most worthwhile, and in many instances, they’re not even allowed to teach how they think is best,” Job said. “Much of the curriculum is paced and scripted to make sure the students are able to pass the test…Even more harmful is that students who have severe educational needs are not accounted for, so teachers cannot take the time to help them catch up.”

The critics also are concerned about the content of Pearson tests. In a Common Core English Language Arts exam given in New York, students all over the state were baffled on a particular section of the test, where a pineapple raced a hare.

“We were all confused and anxious when we read that section of the test,” said Tamsyn Brann, a junior at Ardsley High School who encountered that section as an eighth grader.

Some educators say they distrust the reach of Pearson. Singer calls the company an “octopus.” Pearson owns a number of publishing companies, such as Adobe, Penguin Book Company, Longman, Wharton, Harcourt, Puffin, Prentice Hall, Family Education and Teacher Vision. It owns and distributes tests like the Quotient ADHD System, the G.E.D. Testing Service and the National Assessment of Educational Services. Pearson also helped to fund and develop the Common Core Learning material, which has been adopted by 43 states, according to Academic Benchmarks.

Some parents and educators are worried that their students’ education is becoming profitable for corporations like Pearson. According to Publisher’s Weekly, total revenue for the corporation in the 2014 fiscal year was $5.18 billion, with a profit of $736 million. The CEO of Pearson, John Fallon, has a total calculated compensation of nearly $1.9 million as of the fiscal year 2014.

“Pearson’s biggest issue is profit. They are not working to build the best education system they can – they are working to make money,” Job said. “No one is overseeing these tests and grading systems to find out if they are valid, and yet these tests determine a kid’s entire future.”

The Center for Media and Democracy, a non-profit agency that tracks corporate influence on public policy, reported that Pearson spent $8 million lobbying from 2009 to 2014. A controversy flared up when it was found that the company financed untold sums on luxury trips for school officials. This led to a $7.7 million settlement in 2013 by the New York state attorney general.

Singer said Pearson donates to the Foundation for Excellence in Education, making him worry that the foundation will be more inclined to use the company’s materials and services. Pearson donated between roughly $125,000 and $250,000, according to NBC News.

Job said that pressure from parents and teachers could force states to look more closely at Pearson and its influence.

“Grassroots movements are highlighting problems with Pearson and getting a few states to change their testing methods,” she said.

Sara Marsden is a student from New Hampshire.