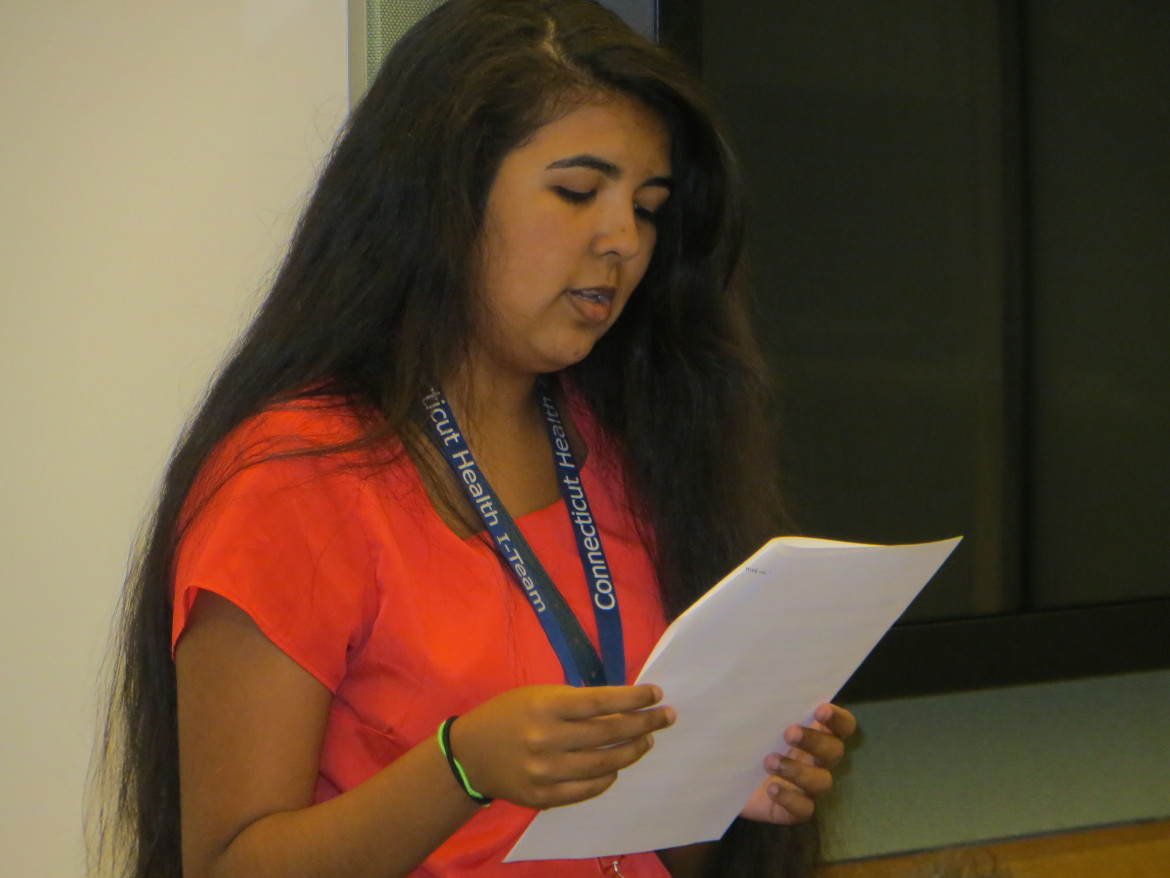 Renee Traynor, 30, has been out of college for eight years and working, but she’s still struggling with debt. She is among an estimated 1.6 million 2003 college graduates who entered the workforce with hefty debt from college. Today, the average college graduate with a bachelor’s degree owes almost $30,000 in student loans, according to NewAmerica.org.

“When I first graduated college, I was acutely aware of how much I owed in student loans, and it made it extremely challenging in finding a job,” Traynor said.

Seven months after graduation from Quinnipiac University in Hamden, Traynor found a well-paying job in journalism. But not many other graduates have had as much luck.

Connecticut was ranked third worst for student loan debt in August by the WalletHub, a personal finance website.

More than two in five millennials between 18 and 29 years old report that they, or someone else in their household, have student loan debt. Millennials are the generation born between 1980 and 2000.

“I’m not buying a house anytime soon,” said Traynor, who is associate director of mobile strategy at Save the Children. “It took me five years out of college to invest in a new used car, and I’ve always had roommates.”

Traynor said that to minimize the problem, students should have to take mandatory classes in understanding debt and how it can affect their lives.

“There should also be mandatory classes for students to take before they are granted a loan,” she said. “An eighteen-year-old has no idea what their actual salary will be when they graduate college, but we’re not having enough conversations on what debt is and the long lasting effects.”

Since 1980, prices have tripled at public and private four-year universities and doubled at community colleges. Paying for college has become one of the largest investments in a person’s lifetime.

Craig Breitsprecher, a financial planner in Hartford, spends his time teaching students and their families how to pay for college without having such heavy debt.

“Every year, I work with middle-American families who make informed decisions, and usually see their children graduate with less than $30,000 worth of debt,” he said. “While this may require savings and out-of-pocket payments to accomplish, sharing the responsibility and helping children understand the impact of their decisions is the best step to avoid a burdensome debt later on.”

Some students are picking a college based on amenities such as fitness centers and fancy dining halls, rather than focusing on the cost for their parents, he said. They shouldn’t fall for the college’s marketing, he said.

“You’re there for an education, not a vacation,’’ he said.

Before taking out a loan, students and parents need to do their homework and watch the interest rates closely, he said. They should be aware of what income they can expect in their field when they graduate.

“Do not take out any more debt than your first year’s salary,’’ is Breitsprecher’s advice.

He said many parents take out high-interest loans without checking out lower-cost direct loans from universities.

Students should weigh cost seriously when choosing a college, rather than just being swayed by the reputation of the school, he said.

“Plenty of families are willing (and do) indebt themselves with college educations that they simply cannot afford, to have a certain name on their diploma,” he said. “While there is nothing wrong with aiming high for a dream college, families need to balance out their college applications to ensure affordable options are still on the table if the upper-echelon schools do not work out.”

Stephanie Felix of New Haven is a student at Mercy High School, Middletown.