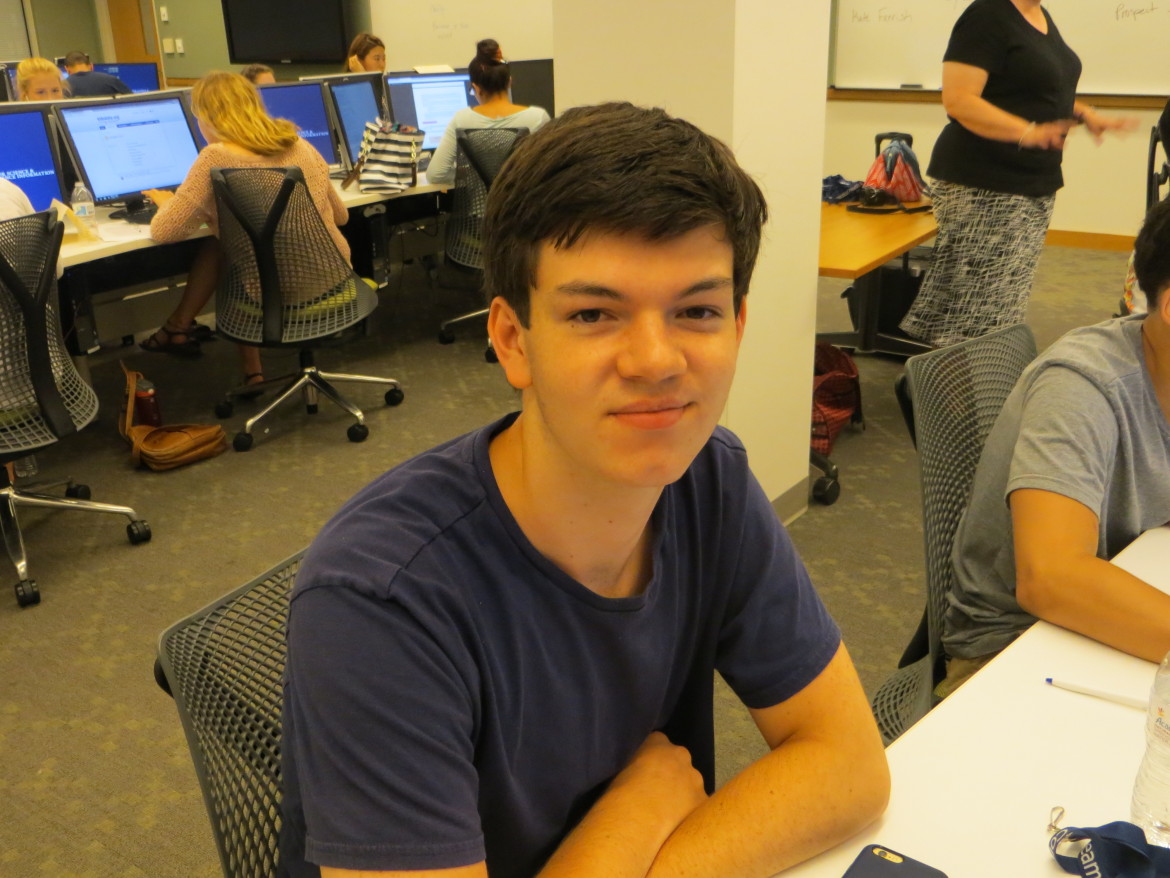 Online posts that blur the line between content and advertisement are proliferating across the web. According to Business Insider, native advertising, as it is called, is expected to more than quadruple from 2013 to 2018, part of a larger trend away from display ads on websites.

Native advertising, which Copyblogger defines as “paid content that matches a publication’s editorial standards while meeting the audience’s expectations,” comes in the form of everything from sponsored posts on Facebook to paid articles integrated within a website or blog that often relate back to a particular brand.

For example, a Buzzfeed article paid for by paint company Sherwin-Williams –“17 Paint Hacks You Absolutely Need In Your Life” – offers painting tips interwoven with animated images featuring the company’s products. The post is both content and advertisement, a hallmark of native advertising.

“Native advertising is more aesthetically pleasing and thus less intrusive because it is woven into the design pattern of a website or mobile app,” says Richard Hanley, director of the graduate program in journalism at Quinnipiac University in Hamden. He added that “questions remain as to whether [native advertising] works.”

Still, the initial signs are promising. In a study on the subject, Sharethrough found that people view native ads 52% more than banner ads and that consumers demonstrate greater awareness of a brand after seeing a native ad than after a banner ad.

The New York Times is one of a plethora of websites that have already adopted native advertising. In 2013, public editor Margaret Sullivan wrote that the Times expected to make tens of millions of dollars in native advertising revenue “in the not too distance future.” “The Times has high hopes for this effort,” she said.

A major driver of the shift toward native advertising -and a reason for its continued growth – is adblocking. Adblock apps, which are free to add to browsers like Google Chrome, prevent users from seeing what are deemed as “annoying” ads (e.g. video ads, ads with sound, etc). An adblock user, for example, would never have to watch a YouTube pre-roll ad.

According to Pagefair, a group that monitors adblocking’s effect on online publishers, the number of global adblock users has jumped from 21 million in January 2010 to over 144 million in June 2014. That number nearly doubled from 2013 to 2014, and is expected to continue its meteoric rise.

Though Adblock Plus, the largest adblocking software, allows by default text and static image ads – which it classifies as “Acceptable Ads”- it isn’t difficult to switch to a setting that blocks all ads, and, according to Pagefair, 45% of adblock users want to see as few ads as possible. This poses a problem to the hundreds of thousands of websites that rely on ads as their primary revenue source.

According to Adweek, the average Internet user accounts for $250 per year in online ad revenue, and since adblockers tend to consume more online content than most, they contribute even more. Pagefair estimates that Google has lost nearly $7 billion worldwide because of adblocking.

On the surface, adblocking might not seem like a major issue as people who block ads likely weren’t going to click on them anyway. Most websites that run ads, however, aren’t paid by click. In fact, most are paid by “cost per mile,” or cost per 1,000 views, as display ads are above all intended to increase brand awareness.

In 2010, Ken Fisher of Ars Technica said of his website: “Imagine running a restaurant where 40% of the people who came and ate didn’t pay. In a way, that’s what ad blocking is doing to us.”

Companies like OKCupid ask adblock users to donate $5 in order to continue browsing.

YouTube, which in the U.S. loses nearly $200 million a year because of adblocking, is rumored to be developing a subscription service.

Most online publishers, however, are turning to native advertising to offset the revenue loss caused by adblock, creating what is projected to be a $21 billion market by 2018.

With Apple expected to include an adblocking feature in its forthcoming iOS 9, that trend will only continue.

“Apple claims that Safari holds 55 percent of the mobile market, so the deployment of an adblocker will significantly alter the conversation as more and more ads migrate to mobile platforms,” Hanley said.

There are, of course, problems with the shift toward native advertising. Many fear that it will only deepen the population’s distrust of media sites, as advertisers gain control over what is said in these native ad posts–and possibly more. Buzzfeed has already deleted multiple unrelated articles because of pressure from its advertisers.

Further, it’s still not completely clear how effective native advertising is in selling products.
But with adblocking accelerating to the mainstream, many people agree that an alternative to display ads is needed–and, at least for the time being, native advertising appears to provide that solution.

Michael Waters of Madison is a senior at Choate Rosemary Hall, Wallingford.