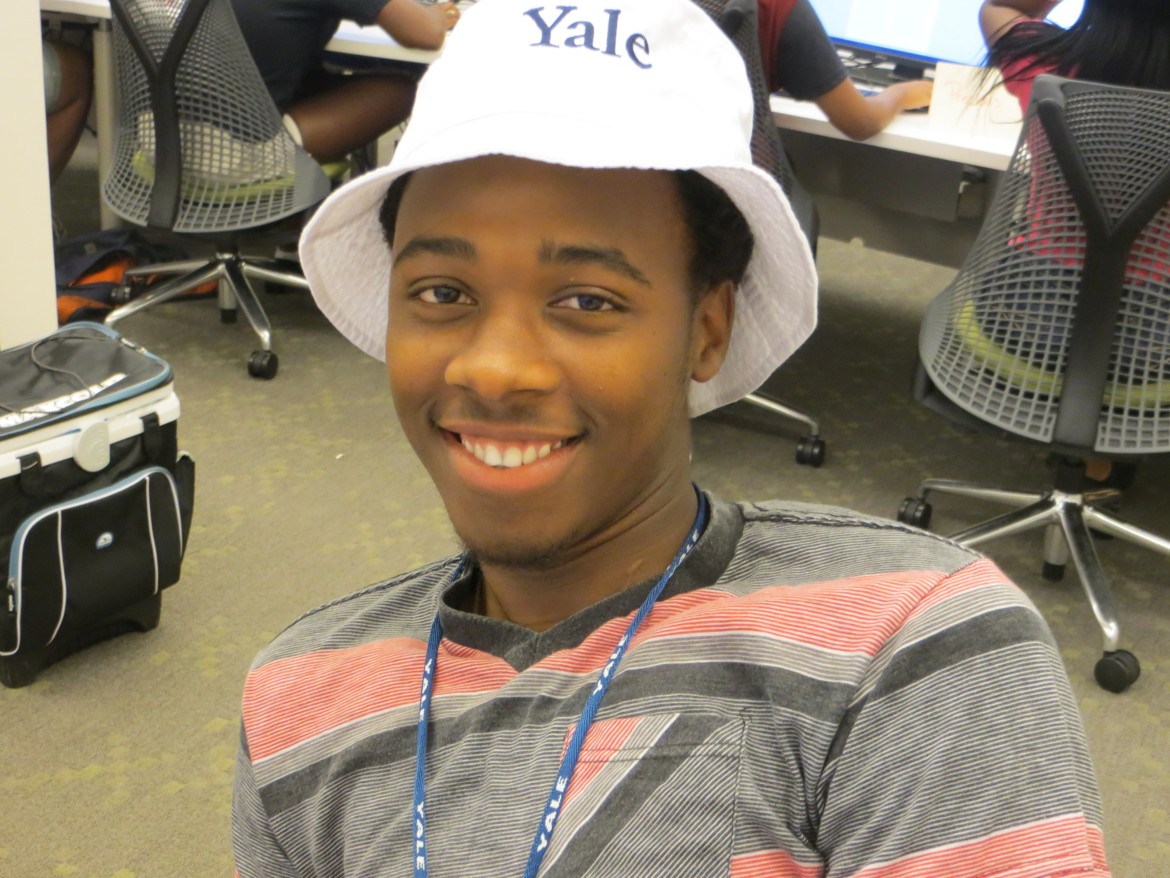 Campbell’s first thought was to run out and greet the snowflakes. Quickly, he challenged his young brother, Leon, to a snowball fight.  Campbell, a native of Jamaica who now lives in Hartford, recalls the memory fondly.

“When I first saw snow, I started a snow fight with my brother,” he said. “It was cool and really cold.”

Campbell came to Connecticut from Jamaica when he was 16. Speaking both Creole and English, he has made a new life for himself in Hartford. Having just recently graduated from Journalism and Media Academy, Campbell has left a legacy behind, primarily in sports.

In 2013, Campbell received the coach’s award for soccer, and in 2014, the MVP trophy for baseball. Campbell is also a huge fan of cricket, a sport one may not hear much about in Connecticut. He describes himself as a huge competitor — one who doesn’t give up easily. Sounding like a spokesman for Nike, he says, “Quitting is not an option.”

Campbell is close to his family. His father works in a J.C. Penney factory and his mother is unemployed. He has an older brother and sister, ages 29 and 20.

Campbell plans to attend a community college soon and dreams of becoming a surgeon. While he enjoys music, dance and writing songs, he says his main interest is helping to save lives.

Jennefier Banos is a student at New Britain High School.