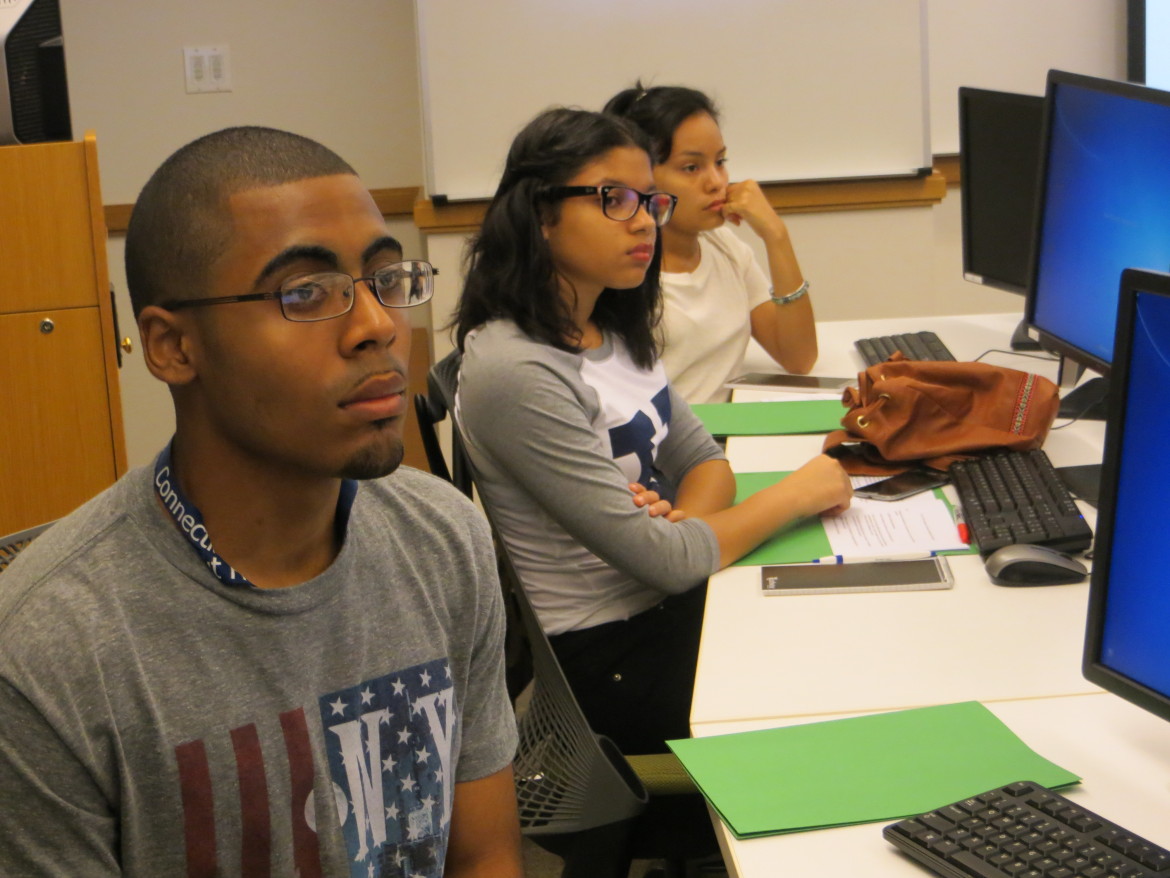 While technology has helped improve communication, transportation and information gathering, it comes with a price in the form of lower attention spans. Researchers have discovered that the attention span for many people has dropped from 12 seconds to 8 seconds in the last 15 years, according to a recent study by Microsoft Corporation.

This is a world where technology gives people the luxury to sit back, put up their feet, and spend all day watching TV, looking at funny videos or doing both at the same time. According to the Pew Research Center, 92 percent of teenagers go online daily. Also, a group of researchers, Amanda Lenhart, Rich Ling, Scott Campbell and Kristen Purcell, reveal that 64 percent of teens use their phones during class, where they are supposed to be banned.

In an interview, Kristin Carothers from the Child Mind Institute in New York City said changes in attention span can stem from technology.

“Kids are interested because they are being stimulated. When they learn in school, they are not really interested and are being under-stimulated,” she said. “It’s harder to focus when it doesn’t interest them.”

Teenagers are tempted to use their devices anywhere, whether it’s inside or outside their homes.

In an article in the New York Times, Carothers said the constant use of technology is affecting the way high school students learn in their classes. Researchers say that computers and cell phones cause much more distraction for teenagers than adults because of the way young minds are wired.

“Teenagers use cell phones because it’s now part of their everyday life and everyone in school is on social media. They want to be kept updated and be part of what others are doing,” Carothers told the New York Times.

Some teenagers report spending hours on their devices, whether it’s checking responses on social media or watching their favorite shows on Netflix. That frequent stimulation may lower the motivation of learning.

Nikayla Mendez, a high school student from Worcester, Mass., admitted that she spends more time on her phone than schoolwork.

“I spend maybe 10 hours a day…I’ll start by looking at YouTube and forget about my homework…What captivates me is the constant knowing of what’s going on,” she said.

Not only high school students but children in elementary school are suffering from attention problems in their classrooms. The percent of American children that had been diagnosed with ADHD grew from 7.8 percent in 2003 to 11 percent in 2011. Although there is not much evidence that technology correlates with ADHD, a 2010 study published in Pediatrics shows that children spending more than two hours a day on the screen will have 1.6 to 2.1 higher chances of having an attention problem.

TV is one of the problems that affects a preschooler’s learning ability. University of Virginia researcher Angeline Lillard found in a 2011 study that 4-year-olds who watch fast-paced cartoons became “handicapped with their readiness to learn.”