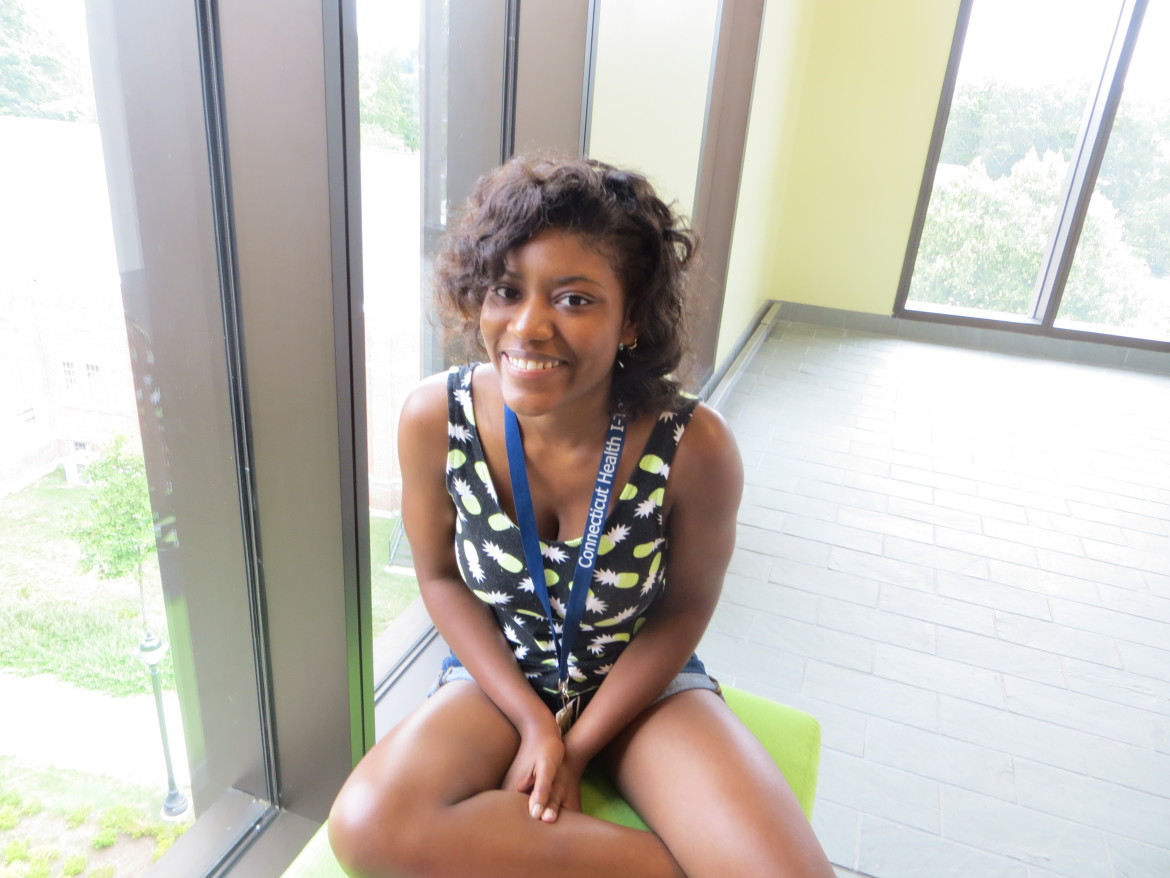 Like popular celebrities Tamera Mowry and Solange Knowles, more and more African American women are taking the natural route when it comes to their hair, instead of using relaxers or getting perms. According to a study conducted by Design Essentials, “the number of women who ditched relaxed hair was 26 percent in 2010. It has jumped up big time with a 10 percent increase, hitting 36 percent for 2011.”

Megan Hopkins, 17, from Great Mills, Maryland, started transitioning from relaxed hair back to natural hair in 2012. She described her journey as tough, but worth it. In the end, Hopkins ended up loving her natural hair.

“Natural hair [is better] because you really get in touch with yourself,” she said. “It boosts your self-esteem because I can wear my hair the way I was born with it, rather than trying to look like everyone else.”

Starting with the Afrocentric Black Panthers movement in the 1960s and 1970s, the African American community began embracing the beauty that comes along with being black.

The movement created unity within the African American community, as well as other minority groups, Bustle.com said. The movement’s trademark was the afro because “the pressing comb and chemical relaxers became oppressive because they were tools that symbolized the shame associated with black hair in its natural state,” Bustle.com said.

The sales of relaxer kits nationally have dropped by nearly 17 percent since 2006, according to USA Today and Mintel, a consumer spending and market research firm.

Kadejah Gamble, 17, from Hartford, also described her transition from relaxed to natural hair. She started relaxing her hair in elementary school, but noticed that it was damaging her hair.

Mowry, one of the hosts of “The Real” on BET, recently did the ‘big chop’ because her hair was badly heat-damaged. When she debuted her short haircut, she got a lot of feedback.

“Growing up on TV, you guys saw my natural hair,” she told TheGrio.com. “I have naturally curly hair. But through the years, I always straightened it, blow dried it, put a hot comb through it. I went through a rough patch with my hair that I had to do the ‘Big Chop,’ which is basically chopping all of your hair off and starting anew.”

“I think many people, especially from other cultures, just don’t understand the role hair plays in black women’s lives,” she said. “I can now transform the energy surrounding my hair into something way more productive. Now that [my hair is] growing back, I’m kind of in that in-between stage. Previously, I would have said, ‘I’m straightening it again; it’s just becoming too much work.’ But I think the key is to find styles that give me flexibility.”

“I was always self-conscious about my hair. I kind of wanted my hair to be straight, no matter what, because it was easy to run my fingers through it. After I stopped getting relaxers, I realized my hair was nappy and it made me frustrated,” she said. “I had to keep wearing it in ponytails. It made me mad all the time, but now I’m just used to it.”