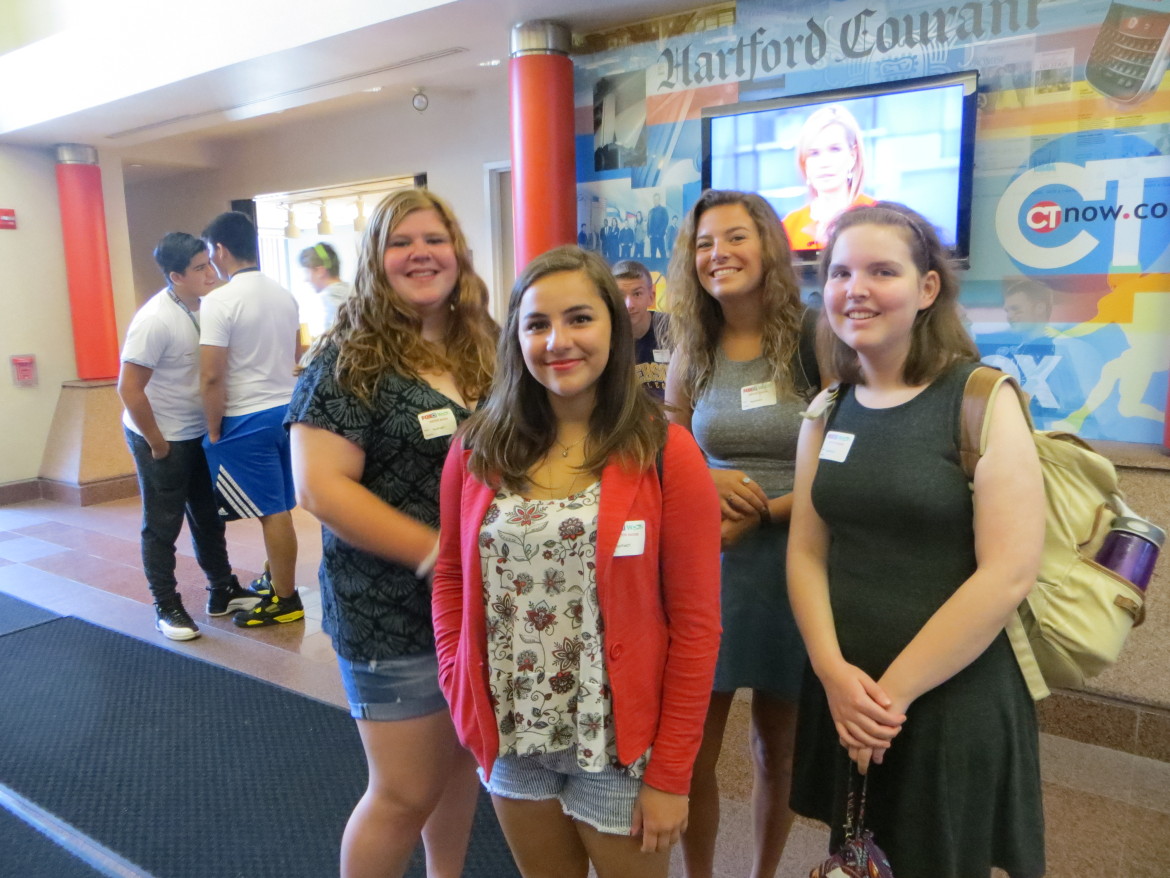 Across the country, the percentage of young children who are not read to by their parents frequently is decreasing, and in many states, including Vermont and New York, it is decreasing drastically. But Connecticut is one of 11 states where the percentage is actually increasing, according to a study by the Kids Count Data Center. From 2007 to 2012, the percentage of children ages 1 to 5 in Connecticut who were read to less than three times per week increased from 10 percent to 13 percent.

Nationally, only 43.5 percent of children are read to by their parents at least seven days a week, according to Child Trends’ analysis of the National Household Education Survey. Child Trends is a non-profit research group that studies child development.

However, parents who do frequently read to their young children can see obvious benefits.

Cecilia Prytko of Tolland, Connecticut, has made reading a priority in her house. Her two children, ages 5 and 8, have grown up being read to every night before bedtime, starting from birth. She said taking time to read to her children every night has helped foster a love of reading, which she said has made a big impact on their lives.

When her five-year-old son, Julian, was younger, Prytko brought books to him every night.

“Now, he is seeking more books himself and has a love of reading,” Prytko said.

Prytko said that she often runs into parents of her children’s classmates at the Tolland Public Library and knows of school-run programs that reward children who read over the summer.

While some parents do not realize the importance of reading to their children, there is no ambiguity from the experts.

Reading frequently to children from the time they are born is integral to the development of their cognitive skills, the American Association of Pediatrics said. In fact, 90% of child brain development takes place in the first three years of life, before the child is exposed to formal education. When children are exposed to reading at a young age, their brains develop stronger connections between different neurons.

The American Association of Pediatrics considers this a public health issue. While giving young children routine checkups, many pediatricians send parents home with recommendations to read to their children every day.

Strong literacy development programs in grades K-3, which are emphasized by the state of Connecticut, are important, but if reading is not emphasized before kindergarten as well, the full benefit of reading to children is not obtained, experts said. Because of this, children who are not exposed to reading before entering kindergarten are at a significant disadvantage.

When Prytko’s daughter, Karolina, was in first grade, some of her classmates were at a higher reading level, and her daughter was upset that she could not read the same books as her friends. Last summer, Prytko challenged her to read 100 books. She took Karolina, now 8, to the library once a week to pick out any books that she was interested in, and her daughter ended up reading 118 books over the course of the summer.

Today, Karolina is one of the top readers in her class. She often stays up late at night reading.

“Now, my daughter will read on her own, and when I go to bed, I have to stop in her room and tell her to put the book down and go to sleep,” Prytko said.

This summer, both Prytko’s daughter and son are going to the library once a week. They each have their own library bag and can pick out any book they want. Prytko said that allowing her children to pick books that interest them makes them want to read more.

The education level of a child’s mother is one of the factors that determines how likely it is that a child is frequently read to, according to Child Trends’ analysis of the National Household Education Survey.

In 2012, the percentage of children nationally who were read to at least seven times per week was 43.5 percent. For children whose mothers had less than a high school graduate’s level of education, that percentage dropped to 28.1 percent, while if the mother was a college graduate, the percentage increased to 60.9 percent.

Young children living in poverty are also less likely to have parents who read to them frequently. Certain national non-profit organizations, such as the non-profit Reach Out and Read, target low-income families through their pediatricians and give children books to read at home. For the programs to have an impact, the parents must be educated about the importance of reading, Reach Out and Read said.

After getting home from a long day at work, sitting down and reading a book to your children may seem like a tiring task, especially compared to the ease of putting on the television. But as Prytko can attest, taking the time to encourage a love of reading can have a huge impact on a child.

Molli Goetz is a 2015 graduate of Tolland High School and will attend Harvard University.