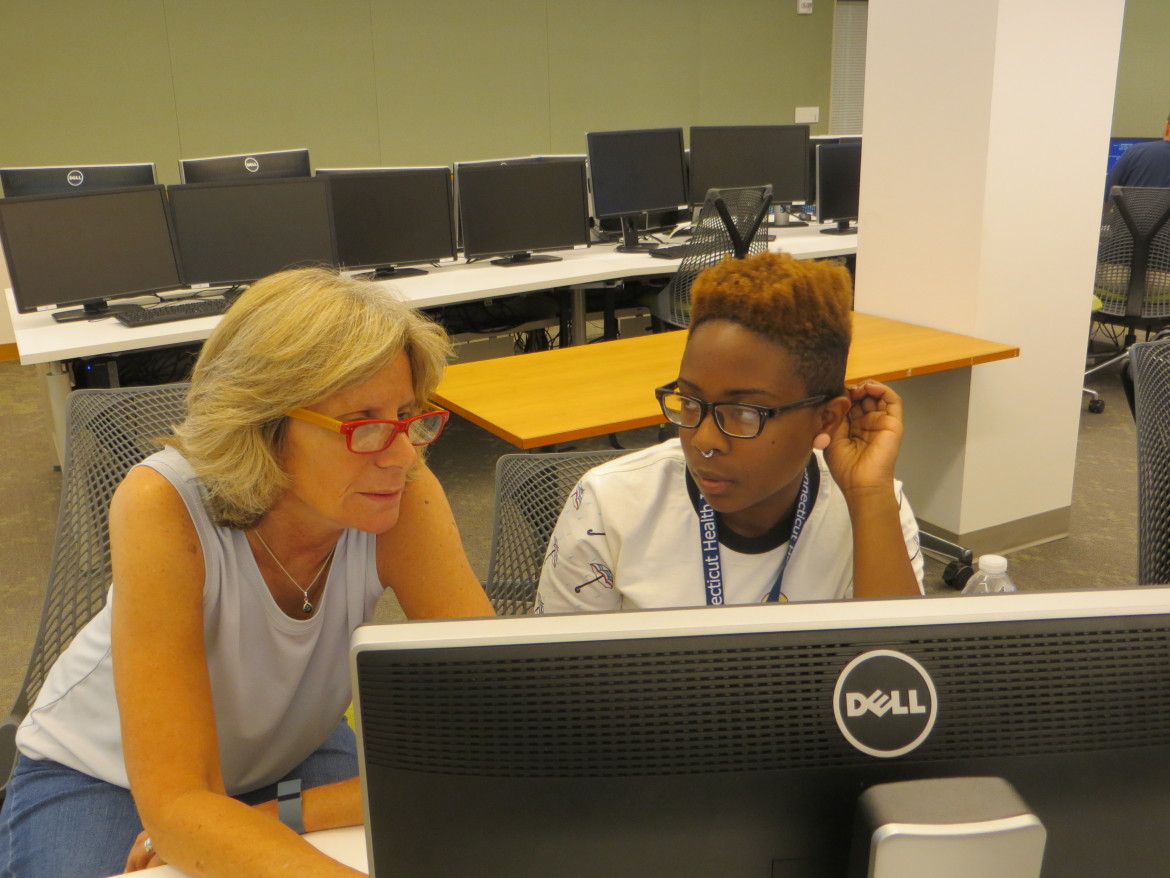 Amber Suess, 18, of Wallingford says she’s a big nerd who enjoys reading, writing and embroidery and is overweight for her height — but super cute. A rare sentiment, from a teenager in this day in age where negative body perception is a norm. Suess, a 2015 graduate of the Co-Op High School in New Haven, is one of many teens who are part of a counter-culture called the “Body Positive Movement” that’s picking up speed on social media sites. Twitter accounts such as @bbywolf666, post pictures of themselves either nude or half nude.

In some instances, for example, a fat teenager wearing a bikini, posted a picture of herself with the tag #bodiposi in order to show people that she isn’t ashamed of her body, and that different body types exist outside of what the media shows.

With almost half of the youth population trying to lose weight, according to the U.S. Centers for Disease Control and Prevention, this growing group of people are part of a national movement to embrace their bodies and are encouraging other teens to embrace theirs — no matter what size they are. Some may call this movement a rebellion, but in reality, it’s self-love, they say.

“I used to feel bad about being overweight, and feeling like I have to meet cis white dudes’ standards of attractiveness,” Suess said.

Loving yourself is something hard to do in a society that teaches young women, who don’t fit the Eurocentric standard of beauty, i.e. that having blonde hair, blue eyes and symmetrical features will grant them a date with a prince.

Not only are these teens embracing their bodies, but they are supporting others who find it hard to like themselves.

In the body posi community, attire has no boundaries. There is no one who tells you that you’re too big, or have too many stretch marks to be wearing a certain article of clothing.

“Wear what you think is cute. It’s really hard to break away from baggy clothes at first, but start by picking an outfit you really like around the house, until you feel comfortable out and about.” Suess said. And when teens criticize what you are wearing?

Seuss advises: “It’s rough, but generally I ignore them, their opinions don’t matter. It’s your body.”