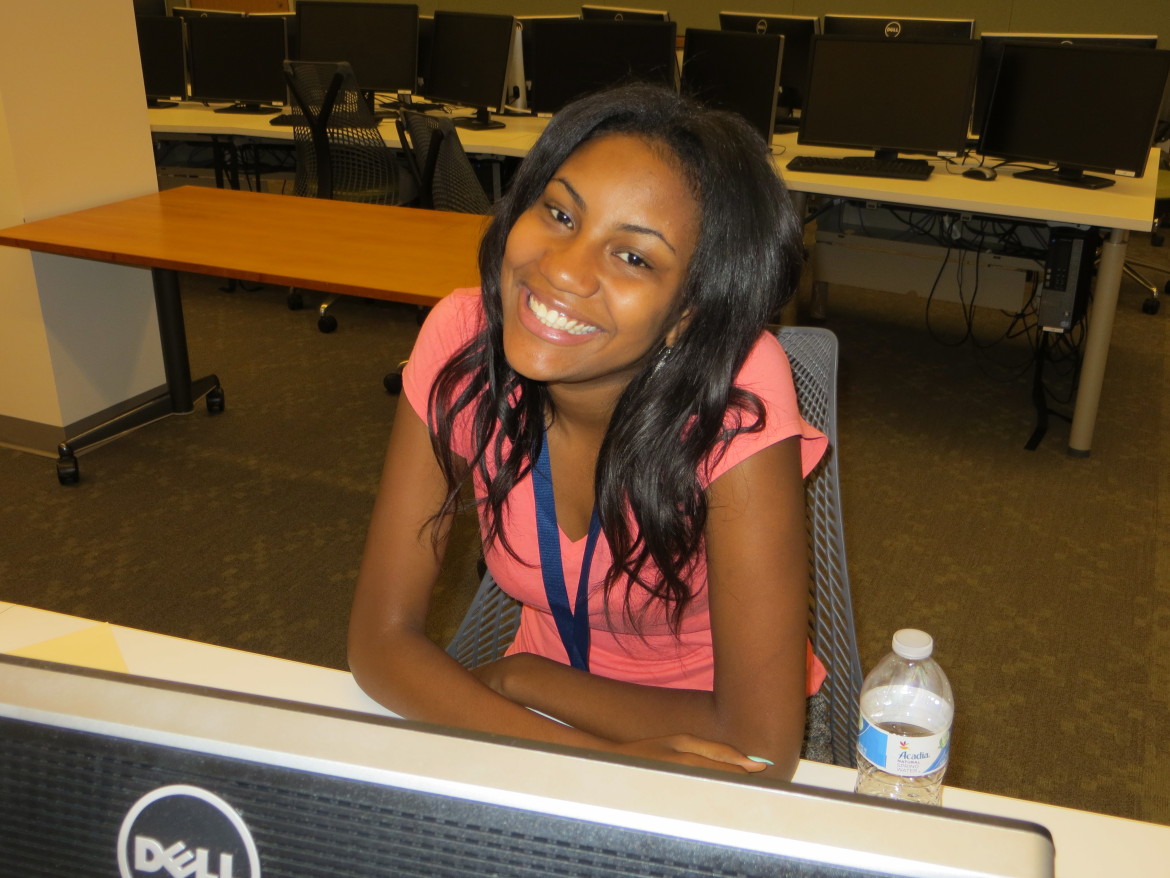 Due to her grandma’s death at the age of eight, Alexis Cole, 17, moved from Alabama to New Haven, Connecticut. She found that she not only had to adjust to a different environment but also had to grow up at a young age. Cole never knew her father and she said her mother, who is currently unemployed, doesn’t play a big role in her life.

“I had to cook for myself, do my own hair for school, and get up on my own,” Cole said. “It was hard, but I had my sisters supporting me.”

Cole was born on Oct. 21, 1997, in New Haven but was soon moved to Tuskegee, Alabama, to live with her great grandmother. She attended a school called George Washington Carver Elementary until fourth grade, which is when she had to move back to Connecticut to live with her mother.

Cole will be a senior this year at Cooperative Arts and Humanities High School. She has had the opportunity to represent her school in running both indoor and outdoor track and being able to run and compete in the high jump.

The past couple of years have been tough for Cole, but that hasn’t stopped her in her dream of becoming a Department of Children and Families worker. She hopes to get her degree from the University of New Haven. She relies on the help and support of her two older sisters to see her through college.

Bella Kimber is a student at New Britain High School.