More than 9,000 people nationwide die of melanoma each year, and the rate of new cases doubled between 1982 and 2011, according to a recent U.S. Centers for Disease Control and Prevention report. In 2011 alone, the most recent year for which CDC data is available, there were 65,000 cases diagnosed in the United States.

In Connecticut, residents are diagnosed with skin cancer at the same rate as residents of Florida, CDC data shows.

Outreach efforts and policy changes could prevent an estimated 21,000 new cases of melanoma each year, the CDC said. 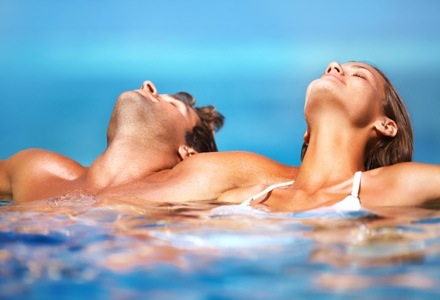 Exposure to ultraviolet radiation, such as that from the sun or tanning beds, causes 90 percent of melanomas nationwide, according to the CDC.

In October 2013, Connecticut became one the first states in the nation to ban the use of tanning beds by minors under 17. U.S. Rep. Rosa L. DeLauro is calling for a nationwide ban on tanning beds for those under 17.

“Despite all the evidence of its harmful effects, the tanning industry continues to target teen and adolescent girls with aggressive marketing,” DeLauro said in a statement. “Salons and the tanning industry are still not being straight with their clients. We need to treat tanning devices for what they are: carcinogen delivery systems, just like tobacco.”

DeLauro, a Democrat who represents Connecticut’s third district, cited a study published in the International Journal of Cancer that found the risk of melanoma is 41 percent higher for those who have used a tanning bed, and that risk doubles among those who use one more than 10 times.

Tanning beds expose users to ultraviolet light that is much more intense than the sun, the CDC said. Indoor tanning causes an estimated 6,200 cases of melanoma nationwide each year, CDC data show.

“Tanning actually is now known to be a truly addictive behavior,” Dr. Jeremy Moss, a dermatologist who practices in Bridgeport said.

“When people come in, even the tanners, they all know when they come talk to me and get checked that they shouldn’t be tanning,” he said. “Now people understand that there is a tradeoff. The sun is a known carcinogen and that’s really in the popular psyche now.”

More needs to be done to educate consumers about the risk of melanoma and the dangers of tanning beds, said Dr. Donna Aiudi, a Glastonbury-based dermatologist.

“Tanning booths seem to be even more damaging” than other forms of UV exposure, she said.

“I see a lot of young people coming in with the diagnosis of melanoma,” she said. Some are diagnosed with multiple melanomas, even with no family history of cancer. “That was unheard of one or two decades ago. And the common denominator seems to be they are all exposed to artificial sunlight.”

Many teens view tanning – before the prom, for instance – as a rite of passage, and mainstream media portray tanned skin as a thing of beauty, Aiudi said, contributing to the problem.

“People sort of have this sense that you look better with a tan,” she said.

Still, she said, “we are definitely making headway.” Parents in their 20s and 30s, for example, seem well-educated in the need to protect their children from the sun, she noted. Also, a growing number of schools now include sun safety in their health curriculum, she said.

In 2011, the most recent year for which CDC data is available, Connecticut had 20.5 to 22.8 melanoma cases per 100,000 people. It had the same rate as New Jersey, Pennsylvania and Florida.

Melanoma risk appears to be especially high among children, adolescents and young adults. Incidences of the skin cancer soared 253 percent among people under 40 between 1973 and 2011, according to research released in May by the Roswell Park Cancer Institute.

In the Roswell Park study, women comprised 57 percent of reported cases between 1973 and 1980, and 65 percent of cases reported between 2001 and 2011. Females appear to be at a particularly high risk, potentially because they are more likely to engage in “high-risk tanning behaviors,” the study found.

Researchers did report some good news: survival rates are increasing even as cancer rates rise. The survival rate for melanoma patients went from 80 percent between 1973 and 1980 to 95 percent in 2011.

Implementing various community programs and policy changes would save money in the long run, according to CDC. The cost of treating melanoma has grown faster than the annual treatment costs for all other cancers combined, with costs expected to triple from $457 million in 2011 to $1.6 billion in 2030.

Proven community skin cancer prevention programs could save $250 million in treatment costs annually by 2030, according to the CDC.