Tens of thousands of Connecticut residents who receive federal subsidies to help pay for health insurance won’t be affected immediately by the latest challenge to the Affordable Care Act before the U.S. Supreme Court.

But experts say there’s a good chance Connecticut residents will experience some political fallout from the court decision – which could come as soon as Thursday – challenging the validity of federal premium tax credits to 6.4 million Americans in 34 states with federally operated insurance marketplaces (also known as exchanges).

Nearly 74 percent (74,682) of the 101,294 people who purchased commercial health insurance plans through Access Health CT (AHCT) received federal subsidies, as of June 2015. Connecticut is among the 16 states – along with the District of Columbia – that established their own state-based marketplaces through the health law.

A court decision that blocks health insurance subsidies in the federally-operated marketplaces could lead to “some crazy maneuvering at the federal level from a legislative perspective that could impact Connecticut” if Congress moves to repeal or significantly modify the law, said James Wadleigh, chief executive officer of AHCT.

“We are in a holding pattern,” said Wadleigh, echoing the sentiments of those across the nation awaiting a decision in King v. Burwell, the latest court challenge to the ACA.

Wadleigh disagrees with national pundits who say “state-based marketplaces don’t have anything to lose” in the Supreme Court case, which focuses on the federal subsidies given to Americans who use HealthCare.gov.

For now, AHCT is working with state officials to reach out to Connecticut residents as soon as the Supreme Court justices issue their decision, he said. 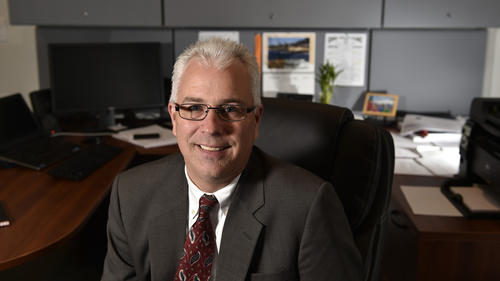 “A high number of Connecticut residents still don’t fully understand the Affordable Care Act. Some people may think they are losing their subsidies if the court sides with the plaintiff, even though we have a state-based marketplace,” said Wadleigh.

What Is This Case About?

The health law provides subsidies to offset the cost of health insurance premiums for lower- and middle-income individuals, depending on their household income and size. The law requires most Americans to carry health insurance or pay a penalty. The subsidies assist consumers who do not have access to coverage through their employers.

Those challenging the law claim that Congress intended to limit the subsidies to the state-based marketplaces. But the Obama administration and those who drafted the law say the intent was to provide government subsidies to all residents, regardless of whether they purchased coverage in a state-based or federally facilitated marketplace.

Some experts believe a decision that wipes out the subsidies could trigger industry havoc, including premium increases of 287 percent in the states that use HealthCare.gov, according to an analysis from the Kaiser Family Foundation. Without subsidies, many healthy people could drop their coverage, leaving a pool of sicker consumers that would drive up costs for those purchasing health insurance.

Whether the anticipated upheaval in the health insurance marketplace will spill into Connecticut is unknown, said Wadleigh, although any decision that impacts national insurance carriers could potentially affect state residents. AHCT offers commercial health insurance plans from two national carriers — UnitedHealth Group and Anthem — and two local or regional carriers — HealthyCT and ConnectiCare.

Many states are considering switching to state-based marketplaces as a way to keep premium subsidies flowing to their residents if the Supreme Court rules against the Obama administration, noted Wadleigh. Experts believe a Congressional fix to clarify that subsidies are available to all is unlikely given staunch Republican opposition.

Wadleigh said he has held discussions with high-level officials in more than a dozen states – including Republican-led states that vehemently oppose the law – where officials are considering their options pending the Supreme Court decision. Last week, Arkansas, Delaware and Pennsylvania received approval from the U.S. Department of Health and Human Services to switch from federally facilitated health insurance marketplaces to state-based ones.

The trend toward establishing state-based marketplaces could be a financial boon to AHCT, which did so well during its first year of operation that it began marketing its services to other states. Consulting work could bring addition revenue to AHCT, which like all of the state-based marketplaces must become financially self-sufficient as the flow of millions in federal start-up money ends.

While a victory for the Obama administration would allow implementation of the ACA to continue uninterrupted, other forces outside the political realm could affect the millions of people – including Connecticut residents – that have gained coverage through the law.

Wadleigh said recent merger talks that would consolidate the U.S. health insurance industry could impact Connecticut consumers. UnitedHealth Group, Anthem, Aetna, Cigna and Humana are all vying for merger partners. In a recent development, Cigna turned down an offer from Anthem for $54 billion.