Yale-New Haven was among the hospitals reporting a large increase in patient hospitalizations for mental health disorders.

Mental disorders surpassed respiratory problems and all other ailments as the leading cause of hospitalization in Connecticut in 2012 for children ages 5 to 14, teenagers and younger adults, according to a new state health department report.

The report shows that the number of days that patients with behavioral health problems were hospitalized surged 5.3 percent between 2011 and 2013, to nearly 260,000 patient days. Other categories of hospitalizations, including cardiac and cancer care, declined during that time.

The data show five hospitals had increases of more than 12 percent in the number of days that patients with behavioral health problems were hospitalized. The biggest increases were at Yale-New Haven Hospital, which saw the number of patients rise 61 percent, and inpatient days jump 51 percent; and Waterbury Hospital, with 26 percent more patients and a 37 percent increase in inpatient days. The increase at Yale-New Haven is partly due to its merger with the Hospital of St. Raphael’s in 2012.

Some hospitals, such as Hartford Hospital and MidState Medical Center, saw a decline in the number of patients admitted for mental health problems from 2011 to 2013, but increases in the number of inpatient days, indicating longer lengths of individual patient stays. A few hospitals, including Greenwich and Norwalk, saw a decline in both patients and hospitalization days.

The report – the “Statewide Health Care Facilities and Services Plan, 2014 Supplement,” compiled with input from a large group of health providers – does not speculate on why hospitalizations for mental health have climbed in recent years. But it does make recommendations for improving behavioral health treatment options, including creating an “inventory of distinct service levels” related to mental health and pursuing better coordination or co-location of mental health services within primary care offices and other settings. 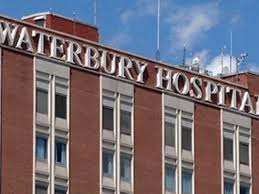 Waterbury Hospital had a 37 percent increase in inpatient days.

Carl Schiessl, directory of regulatory advocacy for the Connecticut Hospital Association, said the association’s own data show that in 2014, more than 25 percent of all inpatient and emergency department visits to hospitals were to treat patients with a primary or secondary behavioral health disorder, including those related to substance abuse. Between 2010 and 2014, hospitals saw a 31 percent increase in patients with a behavioral health diagnosis.

“That’s a big number,” Schiessl said. “Our hospitals are doing the best we can with the limited resources we have, but it is a situation that is getting worse in the state of Connecticut.”

He said some possible factors fueling the increase include a “heightened awareness” of behavioral health, particularly among children, which could be a consequence of the Sandy Hook Elementary School shooting in December 2012; greater access to insurance under Obamacare; and a shortage of residential or outpatient treatment placements for children and adolescents in need of specialized care.

The hospital association is supporting a proposed bill that would make grants available to providers to expand acute and emergency mental health services, and to establish hospital-based “intermediate” care units that would provide 30-45 day evaluation and treatment. The association also is seeking state support to create community care teams in every region, which would have hospitals and local agencies meeting regularly to discuss patients with chronic mental health problems. 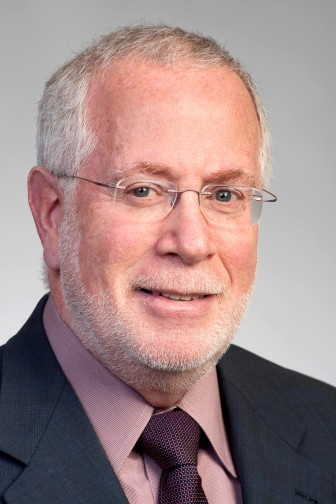 Dr. Harold Schwartz, psychiatrist-in-chief at the Institute of Living and vice president of behavioral health for Hartford HealthCare, said the clearest explanation for the increase in mental health visits is the expansion of Medicaid and other insurance options under the Affordable Care Act. Some patients are identified with mental health issues after coming to the hospital with other conditions, he said.

The report also shows that of about eight million visits made to Connecticut emergency departments from 2009 to 2013, one million were for psychiatric or drug- or alcohol-related mental disorders. Most of the psychiatric visits (58.3 percent) were made by white patients; about 40 percent were people ages 18 to 39. The primary reasons for visiting the emergency room were for “nonpsychotic disorders” such as anxiety or depression.

Almost one-third of patients who came to emergency rooms with psychiatric problems needed to be admitted for inpatient treatment, the report says.

Administrators of some hospitals, including Connecticut Children’s Medical Center and Yale-New Haven, have reported increasing numbers of children with mental health problems showing up in emergency rooms, sometimes staying multiple nights before residential placements or support services can be found.

Both Schwartz and Schiessl said the emergency room crunch and long lengths of inpatient stays were exacerbated by a lack of residential treatment beds for children and adolescents – a problem that Schwartz said the state Department of Children and Families needs to remedy, not worsen.

“With so many fewer state beds available for adolescents, we have kids who might spend weeks or even months in our unit, waiting for placement,” he said.

Several task forces and state agencies have released reports since the Sandy Hook shooting calling for better coordination of mental health services to children and young adults to reduce fragmentation, improve screening, and expand emergency response teams and access to care. Few recommendations have been implemented so far, though many are being considered.