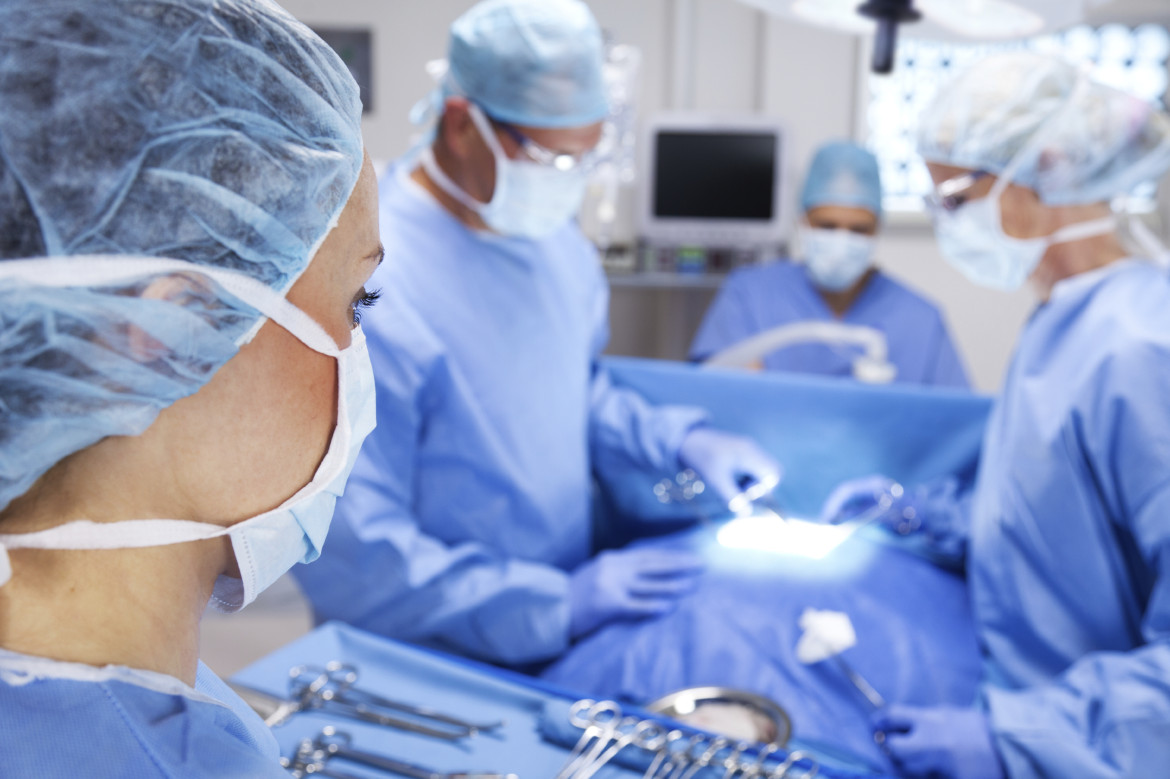 State health inspectors visiting Stamford Hospital in late 2012 turned up several infection-control violations, including the improper drying and storage of endoscopes, instruments used to look inside the body.

An inspection of Hartford Hospital in 2012 found an operating room with “dust and darkened debris” on top of pumps attached to IV poles, a container of syringes “overflowing” a protective cover, and brownish stains on the floor and underside of the operating table.

These kinds of lapses, while not directly tied to patient infections, have contributed to Connecticut’s poor ratings on some federal measures of hospital-acquired infections. Newly released data show that more than 50 percent of the state’s hospitals had rates for at least one type of hospital-acquired infection that were worse than federal benchmarks, in late 2012 and 2013. No other state had a higher percentage of its hospitals exceeding the infection standards set by the U.S. Centers for Disease Control and Prevention, and most states had fewer than 20 percent, according to the data, compiled by Kaiser Health News.

Jean Rexford, executive director of the Connecticut Center for Patient Safety, an advocacy group, said that while the state’s hospitals had made good progress in reducing one kind of infection – central line-associated bloodstream infections – rates for catheter-related and surgical site infections were troubling.

“Until we have a true culture of patient safety in our hospitals, we’ll fix one infection, only to have high rates of another infection,” she said. “We’ve got to get all the administrators of our hospitals involved in this. There are known ways to deal with these infections.”

The federal government has been tracking and publishing the rates of infections that patients acquire in hospitals on Medicare’s ‘Hospital Compare’ website since 2012. Starting this fall, hospitals with the worst rates in 2012 and 2013 will lose 1 percent of their Medicare reimbursements for fiscal year 2015.

Eleven of Connecticut’s 30 hospitals are likely to face penalties, according to a preliminary list of 761 hospitals identified in April as having high infection rates. They include Hartford and Stamford hospitals, as well as: The Hospital of Central Connecticut, Bridgeport, Danbury, John Dempsey, Johnson Memorial, Norwalk, Waterbury, Windham and Yale-New Haven hospitals. The federal Centers for Medicare & Medicaid Services has not yet released final penalties.

In the first year of the penalty program, Medicare will look at three measures: the frequency of central line-associated bloodstream infections, the rate of infections from catheters inserted into the bladder to drain urine, and a composite measure that includes avoidable safety problems such as pressure sores and post-operative hip fractures. In the next two years, rates of four other infections — Clostridium difficile, known as C. diff; methicillin-resistant Staphylococcus aureus, known as MRSA; and two surgical-site infections after hysterectomies and colon operations — will be added.

Rexford said that while the threat of Medicare penalties may spur hospitals to make improvements, she worries that recent sales and mergers of hospitals would complicate efforts to focus on “ground-level” safety.

“I am so scared by the size of these hospital networks now. Infection control should be so basic and elementary — but it isn’t,” she said.

The CHA has been working with national groups and Qualidigm, the state’s Medicare quality-improvement consultant, to train hospital employees in reducing preventable harm and institute safety protocols. Connecticut hospitals were recognized nationally for launching the first statewide initiative to become “high reliability organizations,” a program focused on patient safety that has trained more than 10,000 staff and physicians.

Dr. Mary Cooper, vice president and chief quality officer for the CHA, acknowledged that Connecticut’s performance on federal quality and safety measures has been “worse than many other states, historically,” but said a focus on safety is “changing the culture.” She said state hospitals saw a 30-percent reduction in central line-associated bloodstream infections between 2008 and 2012, and that there are collaborative efforts underway to eliminate other infections.

Officials of Connecticut hospitals said they were taking steps to reduce surgery- and catheter-related infections, even before the threat of Medicare penalties.

At Yale-New Haven, for example, a new policy aimed at reducing urinary tract infections allows nurses to remove catheters, once a physician has given them that authority, said Dr. John Boyce, the hospital’s director of epidemiology and infection control. The hospital also is reviewing its cleaning and disinfection procedures to identify areas for improvement, using a “florescent marker” process to see how well surfaces are being cleaned, Boyce said.

“The highest level of the hospital administration is committed to getting these rates down,” he said.

In letters to the state Department of Public Health, officials of Hartford HealthCare and Stamford Hospital said they had made improvements in infection control in the last two years. Officials of Hartford HealthCare, which includes Hartford, Backus, Windham and MidState hospitals and the Hospital of Central Connecticut, said they had established an infection control council that was regularly reviewing safety procedures.

Dr. Rocco Orlando, chief medical officer for Hartford HealthCare, said the hospital network had extensively trained staff in patient safety practices and was tackling catheter-associated urinary tract infections as “one of our major system initiatives.” Noting that some of its hospitals have low rates of such infections, he said the network is “using the fact that we are a big system to our advantage” by sharing best practices and standardizing safety protocols.

Orlando said outbreaks of C.diff have dropped, due in part to an intensive hand-hygiene program that tracks hand-washing by hospital employees entering or leaving patients’ rooms by using “secret shoppers” who observe and record compliance. Rates of compliance have risen from 40 percent to 90 percent, he said, with a goal of 100 percent compliance at all hospitals. Hartford HealthCare also follows a strict room-cleaning protocol.

“There’s really been a cultural shift that extends into every safety-related function we perform,” he said.

Officials of Stamford Hospital said they had addressed a high rate of colon surgery infections by developing a “dedicated checklist” for colon procedures and making other improvements. As a result, colon infection rates have dropped nearly 70 percent since 2012, and the hospital has seen an overall 50 percent decrease in the rate of hospital-acquired infections in the last five years, Dr. Rohit Bhalla, vice president of quality for Stamford Hospital, told DPH in an April letter.

State data show all hospitals in Connecticut were meeting benchmarks for the rate of MRSA infections in 2013, and three hospitals – Hartford, St. Francis and Stamford – had rates better than expected.

The federal infection-reduction program is the third pay-for-performance program established under health care reform. Hospitals already are penalized for high readmissions of discharged patients and a group of quality measures.

A study last year in JAMA Internal Medicine found that hospital-acquired infections cost $9.8 billion a year nationally, with surgical-site infections accounting for about a third of those costs.