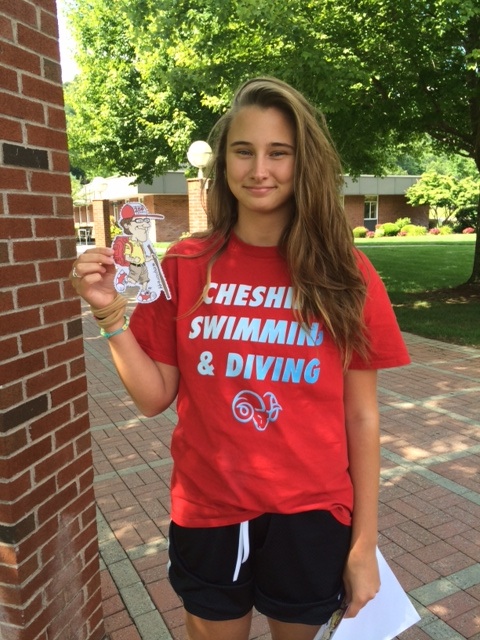 “I just want to cover life as I see it,” Haar said, “I want to tell stories about the character of the place.”

For the Courant’s 250th anniversary, Haar is traveling 106 miles from Salisbury to Putnam. On his walk, he has been stopping at local business, bed and breakfasts and other interesting places.

Haar was not born in Connecticut, but has lived here for decades. After growing up in New Jersey and Alabama, he attended Wesleyan University in Middletown and soon as hired as a photographer for the Courant. He later became a reporter, business editor and columnist. He lives in West Hartford.

By traveling Route 44, Haar said he is trying to give context to his stories about local business, commerce, history, issues and people.

Haar said he is not intending to publicize businesses or learn about himself and he does not particularly care what his readers think.

“I don’t care what people do,” Haar said. “I’m not on a personal quest. I’m not on a mission to change people’s lives.”

As he travels, he said he is developing a better knowledge of the culture of Connecticut and also enjoys “getting his butt out of the newsroom.”

Although Haar planned to reach Putnam by July 24, he has chosen to lengthen his trip. Due to this decision, he is only halfway done with walking Route 44.

Haar said he has no specific favorite place or person he has encountered. He said he has enjoyed listening to students play music in Norfolk for a Yale University summer program, speaking with a former nurse turned business owner on the influence of baseball and patients in her life and celebrating Emperor Haile Selassie’s birthday with a group of devout Rastafarians.

He said he looks forward to reaching East Hartford, where he covered news for four years.

Along with his own photos and columns, the Courant has been posting pictures of followers with a cartoon drawing of Haar named “Flat Danny,” under the title “Explore 44, Sights and Sounds of a Connecticut Byway.”

If he could, Haar said he would like to explore Route 6, Route 1, Route 5, Route 7, Route 8 and every other highway across the entire country.

Although Haar has spent decades writing about other occupations, he has yet to find a job better than his own.

“You can get paid to talk to people and take pictures,” Haar said. “It can’t get better than that.”

Elizabeth Perry is a student at Cheshire High School.