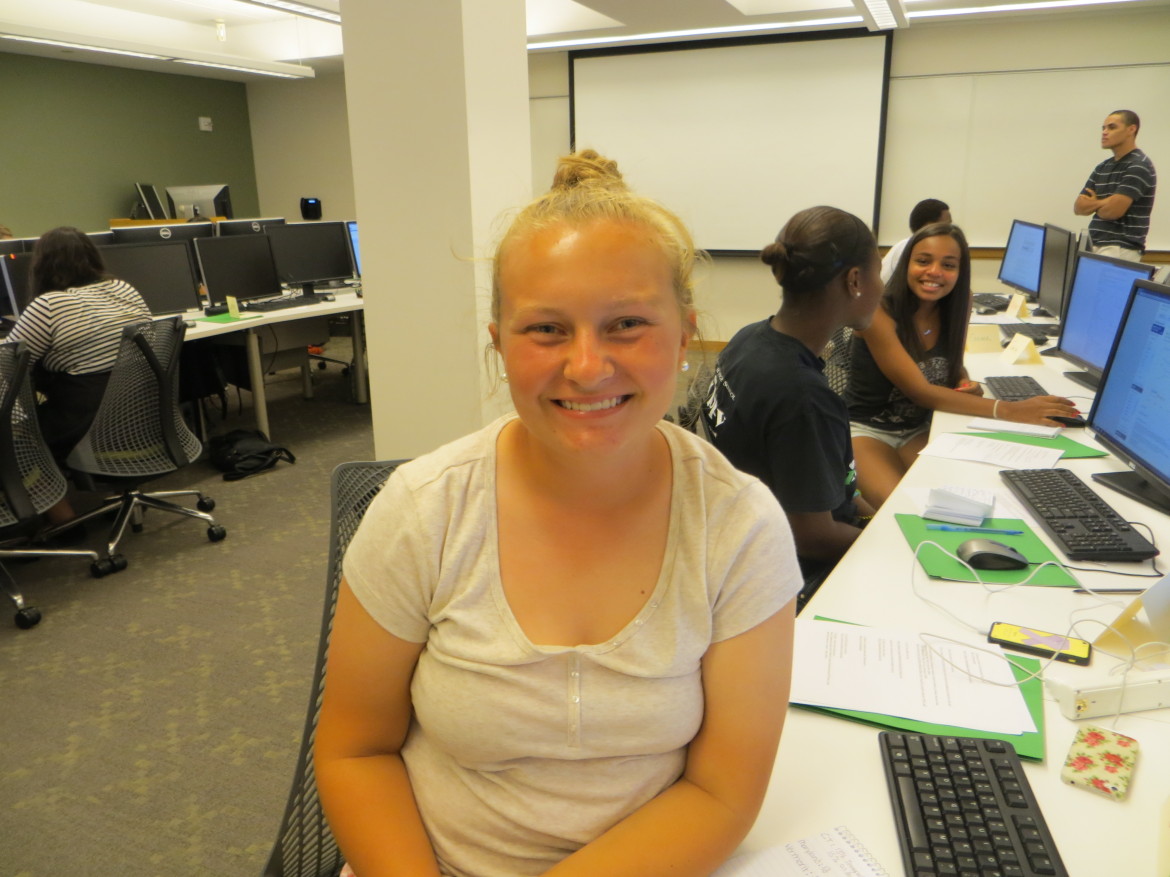 In most of the country, children in immigrant families are more likely to live in poverty than those from U.S.-born families. But in the state of Connecticut, the opposite is true, according to an analysis of census data compiled by Kids Count. “Perhaps in recent years, some families who move to Connecticut from other countries are highly educated and moving for well-paying jobs, and have the means to relocate to another country, primarily immigrants from Southeast Asian,” said Sarah Iverson, a policy fellow at Connecticut Voices for Children, in an e-mail interview. “Thus, they are less likely to be in poverty than many U.S. citizens. Or, perhaps the number of US-born families in poverty has increased at such a rate as to eclipse the poverty rate of foreign-born families.”

The statistics — and the $23,283 poverty level — are based on families with two adults and two children. Poverty status is not determined for people in military barracks, institutional quarters, or for unrelated individuals under 15, such as foster children, according to Kids Count.

Children in immigrant families were defined as foreign-born children, or those who live with at least one foreign-born parent. Native-born is defined as born in the U.S., Puerto Rico, Guam, the U.S. Virgin Islands, or the Northern Marianas, or born abroad of American parents.

Connecticut is one of a handful of states – five, to be exact — where the percentage of U.S.-born children in poverty is higher than those who live in immigrant families.

The other states with the same dynamics were: Vermont, Louisiana, Virginia and Maryland. In Hawaii and Pennsylvania, children in immigrant families and native born children had the same rates of poverty.

Connecticut has the means to help people rise up the social ladder because of its economics, suggested Roger Senserrich, policy coordinator for the Connecticut Association for Human Services, which works to reduce poverty among families in Connecticut.

“Part of it is that Connecticut as a state has above-average income mobility compared to the rest of the country, and part of it is that it is easier to get out of poverty in a wealthy state,” Senserrich said in an e-mail interview.

Both Iverson and Senserrich said Connecticut offers a climate favorable to people looking to better their economic status. Connecticut has cities and towns with different levels of jobs, and is close to New York City.

Meanwhile, in other states, the poverty threshold is the same, without the same benefits.

“The federal poverty limit is the same nationwide,” Senserrich said. “But as Connecticut is much more expensive that the national average, and has a higher minimum wage, we ‘look’ better almost by default.”

Brigette Anderson is a student at Fairfield Ludlowe High School.