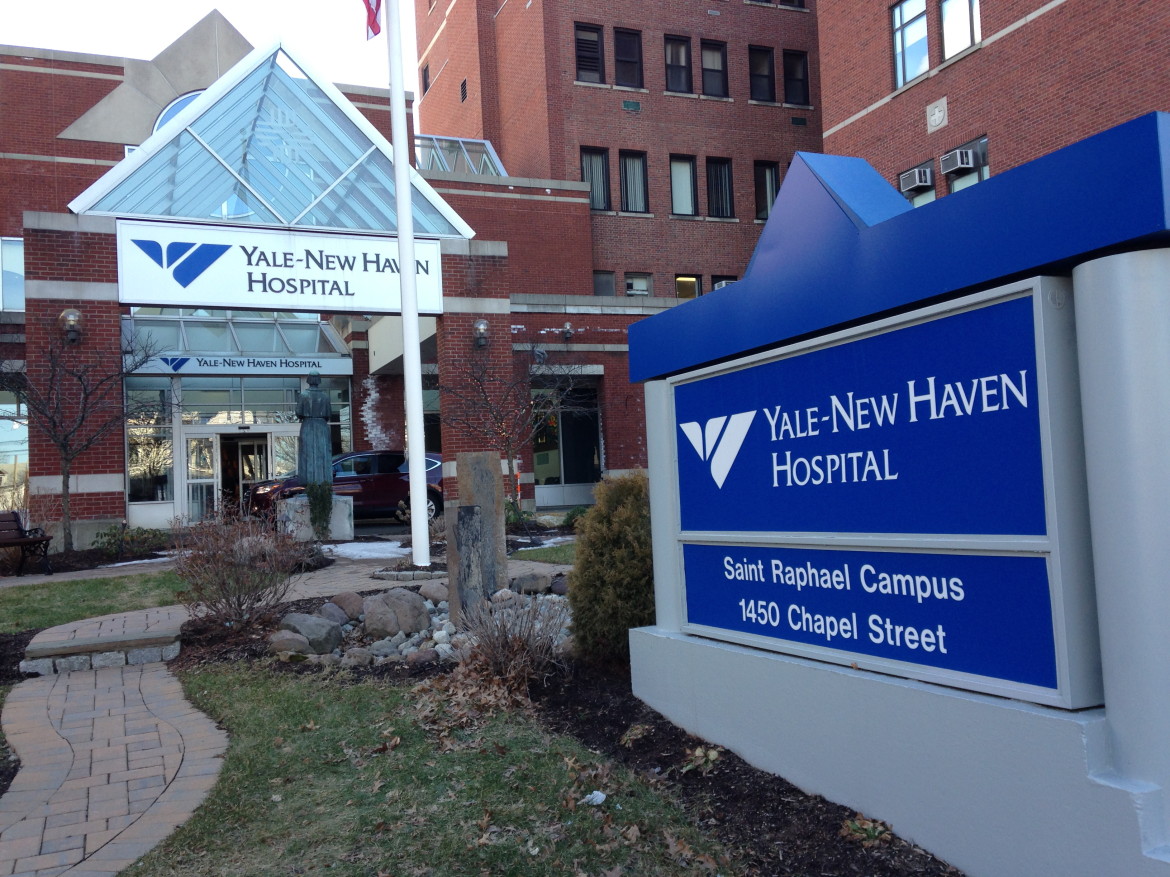 Hospital administrators in Connecticut who have been involved in the unprecedented streak of mergers and consolidations often tout the financial benefits and efficiencies of such moves.

But as the number of independent hospitals in the state dwindles – with more than half of the 29 acute-care hospitals now operating in networks with other hospitals or out-of-state partners – experts and advocates worry that the consolidations will reduce competition in the market and give hospitals more leverage to raise prices.  Adding to their concerns is a proposal by a private company to convert four non-profit hospitals to for-profit entities.

Several studies, as well as data from the federal Medicare program, suggest that mergers and for-profit conversions may lead to higher prices. But the state has yet to study the impact of mergers on patient pricing, and has no requirement that hospitals try to hold patient charges steady after a merger or conversion. The state also has no comprehensive blueprint guiding hospital configuration or limiting the number of takeovers or networks it will allow.

House Speaker Brendan Sharkey, D-Hamden, said he wants the review process for hospital mergers and conversions to be improved, to ensure that quality of care, the rights of workers, and patient services are protected. Under proposed legislation, the state would expand its review of for-profit conversions, although not specifically around pricing.

“Hospital planning is not something we’ve gotten our arms around in this state,” said Sharkey, noting that some independent hospitals are struggling financially. “We need to develop a comprehensive approach to this. It’s critical that we look at the [review] process — and we have to do that before the end of this session. If we do not act on this soon, we’re going to find ourselves in a changed landscape, playing catch-up.”

A C-HIT review of Medicare pricing data indicates that Connecticut hospitals that are part of networks charge more for some common procedures than stand-alone hospitals.

While insured patients do not pay the amount charged, the prices impact the costs of health care because they determine how much insurers must cover in reimbursements. That, in turn, influences the size of the premiums that insurance companies charge.

A 2012 Robert Wood Johnson Foundation report by researchers from Carnegie Mellon University and the Wharton School at University of Pennsylvania found evidence that consolidations raise patient costs. “The magnitude of price increases when hospitals merge in concentrated markets is typically quite large, most exceeding 20 percent,” the report said.

Other studies have found that for-profit hospitals bill Medicare at higher rates – on average, more than 25 percent higher, according to Medicare pricing data released last year – than non-profit or government-owned hospitals. A January study by the Institute for Health and Socio-Economic Policy of National Nurses United found that for-profit hospitals had charges that averaged 503 percent of their actual costs – while charges at government-run hospitals were 235 percent of their costs. 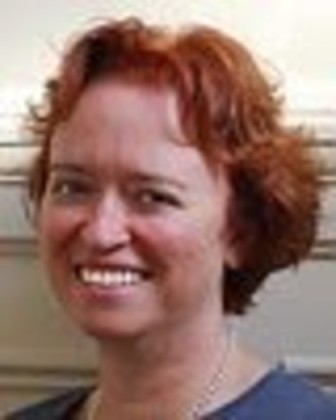 Put more bluntly: “They say all the time that prices are going to go down — but we’re not seeing that, and there’s no national evidence to support that,” said Ellen Andrews, executive director of the Connecticut Health Policy Project. Even when cost reductions are achieved, she argued, “It doesn’t end up saving money. They tend to put the resources toward high-end specialists, not more nurses at the bedside. If you’re the only game in town, where’s the incentive?”

Administrators at merged hospitals insist that consolidations do not raise patient costs, and that other factors influence pricing.

Connecticut saw seven hospital consolidations and partnerships between 2009 and 2013 – a huge increase from only four in the entire prior decade.

This month, Yale New Haven Health System and the for-profit Tenet Healthcare Corporation entered into a formal partnership to create a health care network that would offer comprehensive clinical services to a larger geography.  While Yale New Haven and Tenet will remain independent of each other, Tenet has announced its intent to acquire the non-profit Waterbury and Bristol hospitals and Eastern Connecticut Health Network, which includes Manchester Memorial and Rockville General hospitals, and convert them to for-profit status.

But despite the seismic shift in the health care landscape, Sharkey and others say the state has taken a reactive, piecemeal approach so far to addressing hospital mergers and conversions.

The state’s healthcare advocate, Victoria Veltri, said she is concerned that consolidations are driving up prices, as large networks gain leverage in the market. She said she favors more transparency around pricing and quality of care.

“There really isn’t evidence, at this point, to show that higher costs are translating into higher quality,” she said. “You can merge, you can consolidate – but unless the entities are being held to higher quality of care, it makes me question why they’re charging more.”

Benefits vs. Risks Of Consolidations

Connecticut statutes guiding the review of for-profit conversions focus on making sure that patients will have continued access to affordable care. As part of its review, the state’s Office of Health Care Access (OHCA), an arm of the Department of Public Health, may collect “charge, cost, savings and other financial data.  This may include patient cost data, if the application warrants,” said William Gerrish, a spokesman for the state health department.

Gerrish said that, to date, the state has not undertaken a study of the impact on patient costs associated with mergers, takeovers or for-profit conversions. The state now has just one for-profit facility, Sharon Hospital.

But he added: “Should OHCA receive more for-profit conversion applications, it anticipates it will study the effects of these conversions on a variety of issues, including patient costs.”

Yale-New Haven’s patient charges already run higher than the state average for a number of procedures, according to Medicare data. For example, the price of implanting a permanent cardiac pacemaker is $104,180, compared to $36,300 at St. Francis Hospital in Hartford. 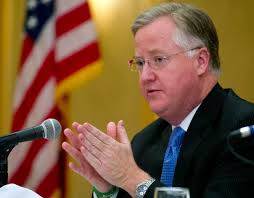 The state attorney general’s office also reviews conversions, but is limited to examining the financial viability of the deals and protecting charitable assets. Under proposed legislation, the state would expand its review of for-profit conversion proposals to include patient statistics, services expected to be eliminated or reduced, and anticipated staffing levels. Some hospital leaders have opposed the more stringent review, saying the existing system is sufficient.

Other states also are grappling with how to police hospital takeovers. The Rhode Island Department of Health recently approved the acquisition of Landmark Medical Center by a for-profit company, Prime Healthcare Services, after Prime agreed to a number of conditions, including investing $30 million over five years for capital improvements and service expansions, adopting programs to prevent unnecessary hospital admissions, and investing in primary care.

In Massachusetts, where the for-profit Steward Health Care System took over 11 hospitals, the attorney general’s office executed agreements with Steward to monitor its impact on the state’s health care market, including pricing, utilization, payer mix and physician referral patterns.

Nationally, Larry Scanlan, co-founder and former president of Insight Health Partners, said financial pressures on hospitals are fueling “a continuing wave” of hospital mergers and acquisitions. He said that hospitals and communities need to “understand clearly what you want out of the transaction – capital, primary care doctors, more nurses — and have some criteria for judging outcome.”

Scanlan, author of “Hospital Mergers – Why They Work, Why They Don’t,” said officials need to weigh finances, patient access and service need in deciding whether mergers ultimately will benefit consumers.

“I’ve seen communities that have the hospital they may not have had, if they hadn’t merged or sold to a company that came in and invested. I’ve seen services expand,” he said.  “I’ve also seen them consolidate. It’s a tough call.”

The partnership between Yale New Haven Health System and Tenet Healthcare would allow the Dallas-based chain to acquire four hospitals, including Waterbury Hospital, which is struggling financially.

In July, Gov. Dannel P. Malloy had vetoed legislation that would have allowed Vanguard Health Systems, which Tenet acquired last October, to operate physician networks — which put its Connecticut mergers on hold. But by teaming with Yale, Tenet would be able to get around a state law that sets restrictions on corporations directly employing doctors.

Sharkey said he is concerned about “out-of-state interests” taking control of community hospitals. But he acknowledged that some hospitals may not be able to survive independently. He said the Tenet deal “is only going to happen” because Yale New Haven Health is partnering with the company.

Other affiliations have formed or are in the works, including Lawrence + Memorial’s acquisition of Westerly Hospital, Yale-New Haven’s takeover of the Hospital of St. Raphael, and Johnson Memorial in Stafford’s partnership with St. Francis Hospital and Medical Center in Hartford.

The trend in partnerships is being fueled by larger changes in the health-care sector, including implementation of the Affordable Care Act in 2014, said Michele Sharp, spokeswoman for the Connecticut Hospital Association. She said the association expects to see more mergers and acquisitions in the coming years, as hospitals position themselves to weather financial changes, including cuts to Medicare funding and reductions in state payments. 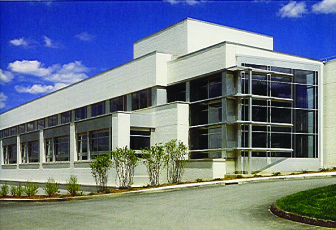 Sharon Hospital is the only for-profit hospital in CT.” credit=”

Nationally, the creation of giant hospital systems is leading to antitrust concerns. Last year, two hospital chains in Illinois scuttled merger plans after the Federal Trade Commission questioned the deal on the grounds that the new combined hospital’s dominant market share would allow it to demand higher prices.  The FTC recently has stated its intention to be more aggressive about reviewing hospital mergers.

In Connecticut, there’s debate about whether the desired goal of the mergers – reducing costs while improving quality– is being achieved.

Administrators of hospitals that have merged say the moves have helped them to hold down costs and operate more efficiently.  Since its takeover of the Hospital of Saint Raphael, for example, Yale-New Haven Hospital is on track to reduce costs by $300 million over five years by purchasing supplies less expensively and avoiding redundancies, administrators said. Vincent Petrini, senior vice president of Yale New Haven Health, said integration with Saint Raphael has accomplished several goals, including making more patient beds available and establishing a system of electronic medical records.

In other cases, patients have seen care expanded through the partnerships. Jeffrey Flaks, chief operating officer for Hartford HealthCare, said that since the affiliation with Backus, the two hospitals have focused on providing more services and making care more affordable. Backus has expanded its primary care physician and outpatient surgery network, added an emergency helicopter, strengthened its trauma programs and created a preventive medicine institute.

But some health care watchdogs argue that national studies don’t bear out that mergers result in any savings to consumers, and they worry that the lack of competition will drive up costs and lead to cuts in hospital services and staff.

“What guarantee is there that these kinds of services will be maintained?” she asked.