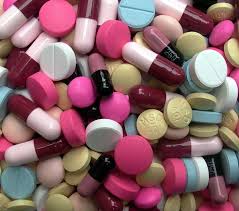 Connecticut still ranks among the top 20 states in the use of antipsychotic drugs for elderly nursing home residents, but its rate of use has dropped 14 percent since 2011, new government data shows.

The percentage of patients receiving antipsychotics in the state’s nursing homes fell from 25.72 percent in early 2011 to 22.38 percent this year, according to new data from the Centers for Medicare & Medicaid Services (CMS). The state now ranks the 18th highest in the country in antipsychotic use – down from 16th highest in 2011, and no longer ranked among the top four states, as it was from 2005-10. Concerned about the drugs’ overuse, federal regulators last year announced a national initiative to slash their inappropriate use in nursing homes, with a goal of a 15-percent reduction by the end of 2012.

Nationally, antipsychotic use dropped 9 percent – short of the goal – to an average of 21.7 percent. But CMS touts the drop as evidence that many nursing homes are pursuing more patient-centered treatment for dementia, such as behavioral interventions.

Eleven states hit or exceeded the 15-percent target, including Maine, North Carolina, Rhode Island and Vermont. Some of those states have made antipsychotic reduction a priority.

In Connecticut, health care groups have formed a coalition — coordinated by Qualidigm, a Medicare quality-improvement organization — to improve dementia care and reduce antipsychotic use. The group is working to educate nursing home providers about the risks of using antipsychotics to treat dementia-related behaviors and to offer alternative interventions.

New data shows that some Connecticut nursing homes have made progress in reducing the drugs’ inappropriate use, while other homes remain at higher-than-average levels. In more than 10 percent of homes, at least one-third of residents are receiving antipsychotics, with usage rates as high as 67 percent.

More than half of Connecticut homes were dispensing antipsychotics at rates exceeding the national average. Only a small fraction of homes – six of 234 – had rates below 10 percent.

At Bishop Wicke Health Center in Shelton, antipsychotic prescribing has fallen below 15 percent in the last two years — due largely to training and a “team approach” to reducing use of the drugs, said the home’s administrator, Debra Samorajczyk.

“We’ve had the same clientele, (but) this has been one of our initiatives,” Wajdowicz said. “We do a lot of behavioral interventions and activities at the facility” to reduce residents’ distress, without medication. “It’s been a real team effort.”

At Hughes Health & Rehabilitation in West Hartford, staff members were trained using a “toolkit” of methods to care for residents with dementia. The kit was developed by University of Massachusetts Medical School researchers, in partnership with Qualidigm, and eventually will be disseminated nationally. Hughes Health singled out certain patients for antipsychotic reductions and worked with family members. Its antipsychotic rate dropped to 17.2 percent in 2012 and 6.7 percent in the most recent reporting.

Some Connecticut homes that had above-average prescribing in 2011 reported significantly lower rates. Grove Manor Nursing Home in Waterbury, for example, now has an antipsychotic use rate of 38.8 percent, down from 58.7 percent. But others have not seen a reduction: the Westside Care Center in Manchester continued to have the state’s highest percentage of residents receiving antipsychotics – 66.8 percent, down just slightly from 68 percent in 2011.

Ann Spenard, vice president of Qualidigm, said there were numerous staff training efforts underway in Connecticut to reduce antipsychotic use, and she was optimistic that the state would hit the 15-percent reduction goal by the end of the year. She noted that Connecticut nursing homes reduced the use of restraints from 12.24 percent of residents in 2002, to just 1.3 percent today.

“There’s a full-court press in the state to help all of the long-term care facilities focus on behavioral interventions,” rather than antipsychotic medications, she said. “I’m confident we will continue this trend until we bottom out. We’re really pleased that the industry has embraced this.”

Spenard said state providers have a growing understanding that antipsychotics have “minimal efficacy” in the treatment of psychological symptoms of dementia. She noted that antipsychotics were “the standard of care for a long time. Changing practice takes time.”

Other states that have made significant progress have undertaken training programs that teach nursing home workers alternatives to drugs.

In North Carolina, for example, the Carolinas Center for Medical Excellence partnered with the state ombudsman program to train 205 nursing home leaders in patient-centered care practices, such as consistent assignment of nurses’ aides, and to educate physicians about reducing antipsychotic use. A subset of facilities that received onsite training and monitoring reduced antipsychotic medications by 66 percent, according to the American Health Quality Association.

Federal regulations now mandate that nursing home residents not be started on antipsychotics unless they have specific diagnoses of psychosis or related conditions, and that facilities make gradual dose reductions for those already receiving the drugs.