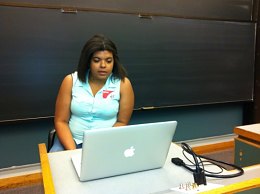 Facing a tight budget, the Naugatuck school system decided to try something new in the 2010-2011 school year – merging the two public middle schools into one.

While this helped to resolve budget problems, it also caused a surge in serious offenses by students in the merged school, data from the state Education Department indicates. Between the 2008-09 and 2010-11 school years, incidents of fighting and battery quadrupled, while school policy violations doubled to almost 1,000 incidents, according to the data.

The spike in serious incidents does not stem from an increase in the total student population. When there were two separate schools, City Hill had a slightly larger population than Hillside, with 472 total students; Hillside had 305 students in the 2008-09 school year. After the merger, the total number of students was 771 during the 2010-11 school year. As the students were combined into one building, class sizes also increased. Grade 7 English classes, for example, had an average size of 24.9 in 2010-11—up from 17.5 at City Hill in 2008-09, and 23.2 at Hillside.

Juvenile justice experts say crowding can have an impact on the number of offenses.

“Schools were built for ‘X’ number of kids for a reason,” said Abby Anderson, director of the Connecticut Juvenile Justice Alliance. When more students flock through hallways together, just an accidental shove can make tensions rise and create problems, Anderson said. She also suggested that there could be tensions by bringing students from different neighborhoods in town together in one place.

But Naugatuck School Superintendent John Tindall-Gibson said he did not think the number of incidents at the school were a problem, saying any statistical variations could be caused by a number of factors.

“Most importantly,” he said, “be aware that the number of students involved in these incidents is relatively low.” He said one factor could have been a difficult eighth-grade class, with a small number of repeat offenders who impacted their classmates, for example. Such offenders may hinder the learning environment and cause numbers to spike, even though they represent a small percentage of the entire class, he added.

Tindall-Gibson noted that the 2010-11 data was from the first year after the merger, when the combined school was new to everyone. Many teachers and staff had been working for many years under the same administrators, with the same colleagues, in a fixed climate, he said. After everyone came under the same roof, it took time for some staff members to adjust to the new surroundings and to a new principal.

“It takes a while for everyone to get on the same page, rule-wise,” he said, adding that communication has improved over time.

“A lot of factors go into the numbers. Things have gotten a lot better since then,” he said.

Some female students who act out in middle school may be coping with traumatic incidents in their lives.

“We’re seeing more and more trauma, especially in girls, and it hasn’t been treated,” Anderson said. “Things keep building and don’t get addressed and get worse.” These students need help early-on to curb future offenses.

“We can start identifying who needs help earlier” and engage students in mediation and conflict-resolution programs, she said.

Gabrielle Wilson is a senior at Naugatuck High School.