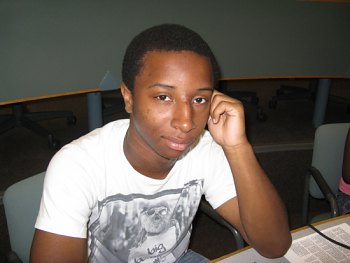 A year after the Little League International Baseball & Softball Association banned metal and some composite bats, a spokesman for the group said injuries have steadily declined because of an array of safety measures put in place. The spokesman, Chris Downs, said the measures include the elimination of the on deck circle so players can no longer warm up on the field, improved chest, head and face protectors and requiring use of league-licensed composite bats with a 2 ¼ inch barrels.

He said serious injuries occur when a player is hit by a pitch, slides into a base the wrong way, or is hit by a ball that comes off a bat too fast.

But a recent report shows that tens of thousands of children continue to be injured playing baseball, and at least one state lawmaker has tried to toughen rules on bats.

Of the 627,000 baseball injuries occurring each year, 117,000 of them occur in children age 5 to 14, according to the American Association of Orthopaedic Surgeons and the University of North Carolina. Baseball has the highest rate of death among children of that age group, with three to four deaths per year, according to Cooper University Hospital.

While Downs said the number of Little Leaguers hospitalized as a result of serious injuries on the field was relatively small, a review of reports on injuries shows the sport continues to result in some catastrophic injuries.

In 2008, the family of a 14-year-old New Jersey boy filed a lawsuit against a Little League affiliate, a sporting goods retailer and the aluminum bat’s manufacturer, charging they are responsible for the boy’s injuries.

Twelve-year-old Steven Domalewski was injured while pitching for his baseball team in 2006, when a line drive struck him in the chest and sent him into cardiac arrest. As a result, due to a lack of oxygen to his brain, Steven has extensive brain damage and is confined to a wheel chair.

In August, a New Jersey judge ruled that the lawsuit against the bat manufacturer Hillerich & Bradsby Co., of Kentucky; The Sports Authority Inc., a national retailer; Little League Inc., and the New Jersey Little League can go to trial in the fall. Hillerich & Bradsby has denied the claims in the lawsuit. Little League Inc. has said that there is no evidence aluminum bats are more dangerous than wooden. The League was pressured to remove metal bats from the game after a number of players suffered serious injuries. In 2011, it banned most composite bats, which consist of half metal and half wood.

“Basically, the thought is to explore the issue of aluminum vs. wood, because the velocity of a baseball is higher off aluminum than wood,” Doyle said in a previously published report.

The proposal by Doyle, who represents the towns of Cromwell, Middletown, Newington, Rocky Hill and Wethersfield, was not enacted.

Dashaan Perry is a senior at the New Haven Academy.