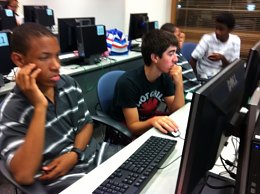 This coming school year students in Flanders and Lillie B. Hanes elementary schools will be washing their hands with soap and water. That’s because the East Lyme school administration has removed Purell from the elementary schools, due to safety concerns about the product’s alcohol content, which is 62 percent.

In addition, the administration has decided to replace the standard Purell dispensers in the middle and high schools with a less concentrated foam sanitizer.

East Lyme is apparently the first district in Connecticut to remove hand sanitizers from schools. In Florida some school districts have asked that the product not be brought in for use by students or faculty, according to web reports.

“Last fall we received a concern from a parent,” said Schools Superintendent James Lombardo, in explaining the administration’s decision to ban Purell.

“We did some initial research and discovered that there have been a number of incidents nationally related to accidental or intentional ingestion of the product.” And later..serious game of foosball.

One of the concerns, according to Board of Education member Jamie Barr, who voted for the ban, “was that the elementary kids were licking the Purell off their hands.”

The American Association of Poison Control Centers reports that in 2006 there were 11,914 calls to poison control centers regarding alcohol-containing hand sanitizers. Between 2005 and 2006 only two cases of resulted in “major medical outcome” both related to adults.

The poison control center at the University of Connecticut Health Center in Farmington reported a total of 376 calls in 2011-12 about sanitizer exposure, mostly involving children.

In a small number of cases the individual involved ingested enough to have moderately toxic effects, including signs of drunkenness, said Amy Hanoian-Fontana, community education specialist for the center in a previously published report.

The poison control center posted information on its website that reads: “While it is true that the concentration of ethanol in these gels is equivalent to various strong alcoholic beverages, someone cannot get drunk from casual exposure. For example, licking hands after use is not a problem.”

In a e-mail response to East Lyme’s decision, Purell stated, “Alcohol-based hand sanitizers are safe and effective when used as directed. To discourage misuse, all Purell products contain unpleasant-tasting ingredients that make them very undesirable to taste.”

Purell – in its response—cited an independent study which showed the use of their product lowered the number of school absences by 50.6 percent over three months.

Purell’s label warns to keep out of reach of children.

The U.S. Center for Disease Control says on its website: “Washing hands with soap and water is the best way to reduce the number of germs on them. If soap and water are not available, use an alcohol-based hand sanitizer that contains at least 60% alcohol.”

Lombardo said that the elementary students will use soap and water and only “when absolutely necessary” use Purell under adult supervision.

The ban on Purell is part of a new “green cleaning policy’’ instituted by the school board that includes the gradual transition to “environmentally and health-friendly cleaning/and or sanitizing products.”

“Student safety is paramount in all of our decision-making,” he added.