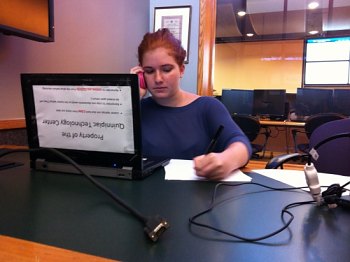 Suicides in Connecticut totaled 371—with more than one per day, according to recent report from the state’s medical examiner.

Connecticut is near the bottom among states for the suicide rate, but the rate has risen more than 30 percent over the last five years and last year was the highest rate in 20 years.

No one thing can cause someone to consider suicide, said Duarte, explaining that those affected tend to have a history of major depression and/or have experienced financial problems, loss of job, or loss of relationship, for example.

When asked why males make up such a large portion of the reported suicides, Duarte said that the rates do not show that men are more depressed than women, but that men tend to employ more “lethal means” when they attempt suicide.

According to the UConn study, out of the 496 patients admitted to the hospital for injuries related to suicide 189 were Hispanic, 164 were black, and 143 were white.

“There are higher rates of male Hispanics reporting thoughts of suicide…whites are not as high risk as other racial groups,’’ said Duarte.

Duarte said that the state is attempting to build a safety network of “gatekeepers” by educating people on how to identify someone who may be considering suicide, and giving the “gatekeepers” the tools to help those who may be having suicidal thoughts.

The social stigma that surrounds suicide often makes it difficult for people to open up about their suicidal thoughts. An article in the British Journal of Psychiatry reported that “The stigma surrounding suicide remains just high enough to discourage people — especially the elderly — from talking about their suicidal thoughts…scientific approaches and spiritual approaches can work together in order to eliminate this kind of stigma and to make people more comfortable in trying to seek help in their moments of despair.”

An 18-year-old female, who attempted suicide, described the stigmatization as “a big problem,” saying that she didn’t feel comfortable talking to her friends and family about her feelings because she was afraid that people would think of her as “crazy”.

Here are the signs that can help people to identify those who may be suicidal, even if they don’t talk about their feelings. These signs, according to Dr. Melissa Conrad Stoppler, include:

If you know someone experiencing suicidal ideation, call 211 – the statewide suicide hotline. Information is also available at www.suicidepreventionlifeline.org

Rachel Smith is a senior at Wilbur Cross High School and the Educational Center for the Arts.