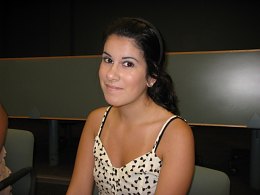 Although drugs remained a problem at Naugatuck High School in the most recent school year, state reports show drug-related incidents have dropped since 2008-09, and the principal insists that the school’s approach to misconduct is working. Eighteen Naugatuck High School students were arrested and charged with juvenile offenses related to selling drugs, possession of a weapon, and physical assault during the 2011-12 school year.

Drugs continue to be a concern at the high school. “Mostly, the arrests are for drugs,” said Janice Saam, principal of NHS.

Data collected by the Connecticut Department of Education shows that over the past three years (2008-2011), drug incidents have declined, while the numbers of assaults and possession of weapons’ cases have increased slightly.

Saam said the school handles most incidents internally, with police called in only in “extreme cases.” With police Officer Charles Schofield stationed at the school as a resource officer, NHS works closely with police day-to- day, as needed.

“Schools should not become an extension of the police department. We are always a school first, and we must remember the students are in our care while there,” Saam said. “We should act prudently when involving the police.” Individual schools in Connecticut have different policies for handling offenses, with some, such as NHS, handling non-dangerous incidents themselves, and others calling in police. Advocates for internal discipline say that at schools where many arrests take place, all students, good and bad, may feel uncomfortable and on-guard.

Saam attributed the decrease in arrests to the school’s consistent approach to serious incidents. First-time offenders are offered mandatory counseling, according to the school’s handbook, including a smoke-stoppers program, anger management and other support groups, depending on the nature of the offense. For repeat offenders, when a student will not abide by the rules and presents a safety threat, the school moves to expulsion.

In terms of consistency, students said there appears to be discretion in the way discipline is doled out. In some incidents, punishment is not as “strict” as the policy implies, they said.

In March of this year, for example, a group of seniors tailgated before the start of the school day. Saam was tipped off by students that drugs and alcohol were present. When the students who took part in the tailgating were questioned by school officials, they confessed to some of the allegations. But no charges were pressed, since the tailgating took place at the upper parking lot, which technically was not considered school grounds. The offenders were told to clean up their mess, and their parents were notified.

At the other end of the discipline spectrum, in January, Naugatuck police officers, as well as police from surrounding towns, brought in drug-sniffing dogs to search the school and parking lots. School officials notified students over the announcement system around 10 a.m. that a “code yellow” alert was in place, which meant that students were to remain in their classes until the alert was lifted.

No drugs were found in the police search, and no students were personally searched in the investigation.

The K-9 unit is capable of sniffing out different narcotics: marijuana, hashish, cocaine, crack, heroine, methamphetamines, steroids and ecstasy. Lt. Robert Harrison told the Naugatuck Patch that in general, marijuana was the most common drug at the high school; Saam said that prescription drugs also are present. Harrison said he did not believe there was a significant drug problem at NHS, adding that it is “no different than any other high school.” He said drug searches can send a message to students that drugs will not be tolerated.

“Everyone should be treated equally and get the same consequence,” she said. Once a policy is set, and staff and students are trained in it, schools should offer intervention programs, such as effective communication skills and peer meditation, Anderson said.

Anderson said that while juvenile crime is an issue of concern, there is no indication of a crisis in Connecticut, with many arrests stemming from relatively minor offenses, such as shoplifting, disturbing the peace, and fighting. Most teenage arrests are made when youths are in groups, due to peer pressure or just trying to fit in, she said.

Often, she added, youths are unaware of the consequences of their “thoughtless” actions. For example, a teenage boy may send a friend a revealing photo of his girlfriend, which that friend then sends out to more friends. By doing so, the friend has committed a crime.

At NHS, seven of the 18 students arrested last year were female and eleven were male. Saam said she was not concerned about the number or nature of arrests in the last school year.

“Students knowing we have no tolerance for weapons, drugs or violence sends a serious message,” she said.