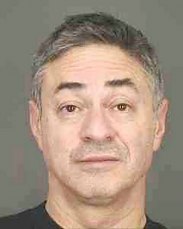 The state Department of Public Health has negated a medical board decision that would have allowed a Greenwich physician who is registered as a sex offender to resume his medical practice in Connecticut.

In May, C-HIT reported that the Medical Examining Board had voted to allow Clifford Berken to resume practicing medicine in the state, under certain conditions.  Berken, of Stamford, is a registered sex offender in Connecticut and New York, following his arrest and sentencing in New York State on a first-degree charge of attempting to disseminate indecent material to a minor.

But this month, the DPH stepped in and notified the medical board that its decision was moot, because Berken’s license had elapsed in December 2010, prior to the board’s order. The DPH on June 10 denied Berken’s application for reinstatement of his license, meaning he cannot resume the practice of medicine.

“Dr. Berken applied to have his license reinstated and the application was denied,” said DPH spokesman William Gerrish. The department exercised its statutory authority to deny licensure “to any applicant who is subject to a pending disciplinary action or unresolved complaint before the duly authorized professional licensing authority in another jurisdiction,” Gerrish said.

Berken is currently the subject of a pending investigation by New York’s medical licensing officials. His license status in New York remains inactive under the terms of a January 2009 order by that state’s Board for Professional Medical Conduct.

Gerrish said that once Berken’s case in New York is resolved, Berken would be allowed to “contact the [Connecticut] department regarding eligibility for licensure.” But if Berken loses his medical privileges permanently in New York, Connecticut would be able to take similar action based on the New York case, officials said.

Berken pleaded guilty last year to charges by the Westchester County District Attorney’s Office that he had engaged in sexually explicit online conversations with an undercover officer posing as a 15-year-old boy. Police said Berken discussed various sex acts on numerous occasions and attempted to meet the “boy” in White Plains, where investigators arrested him.

As a result of the charges, Berken was required to register as a sex offender in New York and Connecticut. He will remain on Connecticut’s registry for 10 years.

The Connecticut medical board in late-April had voted to allow Berken to resume practicing, with restrictions—placing his license on probation for five years, requiring him to be overseen by a psychiatrist or psychologist, and barring him from treating patients under the age of 18. The board’s order also required that Berken have another employee present during “any examination or treatment of a patient,” the records say.

Some patient advocates had expressed dismay that the medical board would allow Berken to resume practicing, even with those conditions.

It was not clear why the DPH did not notify the board earlier that Berken’s license had expired, and that its decision would therefore be moot.

Berken, 58, a doctor of internal medicine and gastroenterology, had surrendered his medical privileges at Greenwich Hospital and left his private practice in Greenwich, following his arrest in New York in 2008. In April 2009, the Connecticut board had issued an interim consent order in which Berken agreed to refrain from practicing medicine, pending further investigation.

In its April decision, the Connecticut board heard evidence that Berken was diagnosed with “various emotional disorders and/or mental health issues” that affected his ability to practice medicine—and that “may continue to affect his ability to practice medicine,” according to the Memorandum of Decision by the Connecticut board.

Still, board members voted to allow him to resume practicing medicine, based largely on the testimony of two therapists who had treated Berken. The therapists said Berken could return to practice with restrictions in place, as long as he continued in therapy.

Under state law, the board has the right to suspend or revoke the license of a physician for emotional disorder or mental illness, if it finds the physician poses a threat to the health and safety of any person.

Connecticut initiated action against Berken in 2009, after the New York State Office of Professional Medical Conduct ordered that he not practice medicine in that state because of the criminal case.

The controversy over Berken comes on the heels of a December report by C-HIT that revealed that Connecticut was allowing some doctors whose licenses were revoked or suspended in other states to practice freely in Connecticut. The DPH has since proposed legislation that will explicitly empower the state to sanction physicians who have been disciplined in other states. That legislation was recently approved.

The state’s medical licensing statutes do not specifically allow the DPH to revoke the licenses of physicians who are convicted sex offenders.