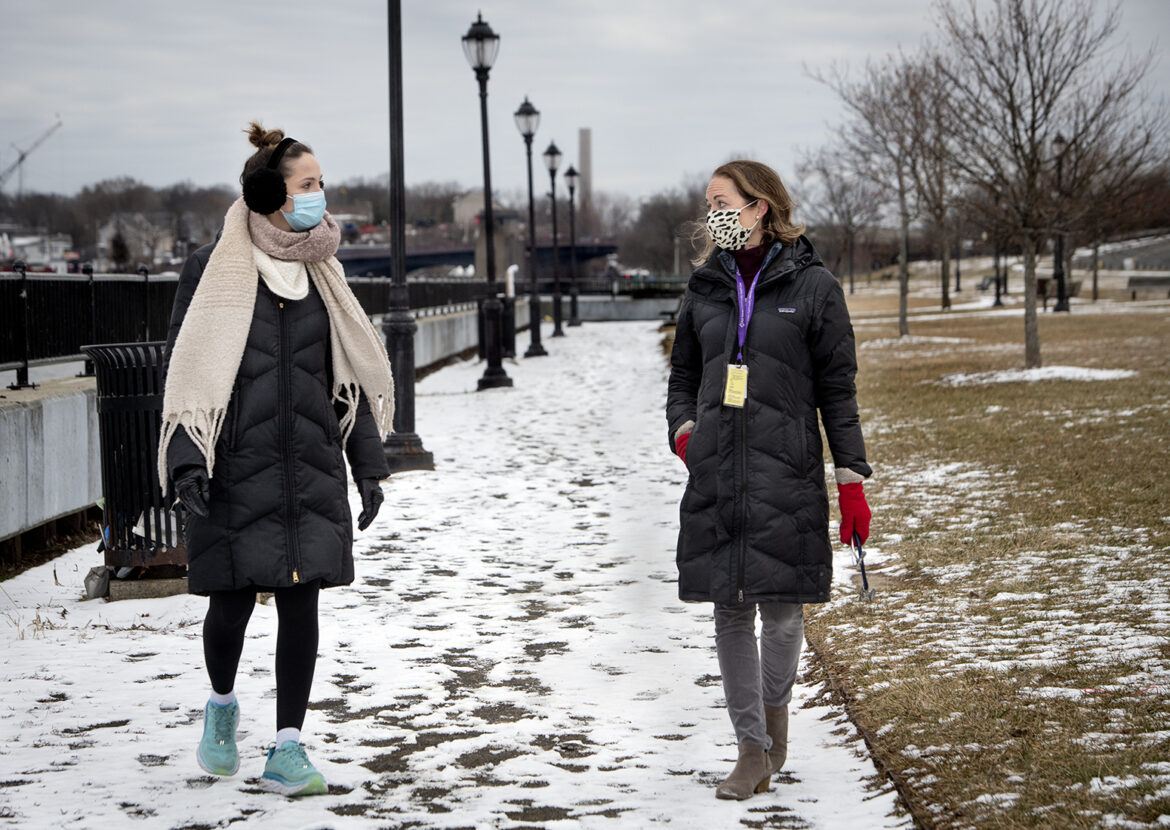 Meghan Casey, left, a nursing and public health student at Yale, and Amanda E. DeCew, an advanced practice registered nurse in pediatrics at Fair Haven Community Health Care in New Haven, go for a morning walk along Quinnipiac River Trail on Front Street. DeCew, also the clinic’s director for quality improvement and risk management, became interested in the benefits of nature therapy after hearing a podcast on the topic. She, and a few other colleagues, now prescribe outdoor activities to children and adults when they think it’s appropriate.

Schools were closed and online learning was in full swing last March when a teenager and her mom arrived at Fair Haven Community Health Care in New Haven.

The girl had been experiencing chest pains and her worried mother thought she should go to the emergency room, recalled Amanda E. DeCew, a Fair Haven clinic director and pediatric nurse.

The girl “was spending her entire day inside and had been inside for like two weeks,” DeCew said. “But the more we got into her symptoms, the more I really felt like this was anxiety and nothing that she needed to go the emergency room for.”

But DeCew also knew that some kind of medical intervention was needed. “I’m going to write a park prescription for you,” she told the girl. “Just try this for today.”

In a follow-up call the next day, the teenager told DeCew she felt much better. “Her symptoms went away,” DeCew said, “just by going on a walk.”

A nature health movement is spreading across the globe. Sometimes referred to as ecotherapy, or nature therapy, its earliest manifestation was several decades ago in highly urbanized Japan, where the government introduced a national health program called shinrin-yoku, or “forest bathing.”

The practice—which has nothing to do with unclothing or getting wet!—promotes immersing oneself, using all five senses, in the natural world. Japan today has more than 60 government-certified forest bathing sites.

In his 2018 book on the subject, Dr. Qing Li, founder of the Forest Therapy Study Group, said scientists have found forest bathing can lower blood pressure and stress, improve concentration and memory, lift depression and boost the immune system, among other health benefits.

In the U.S., Richard Louv’s 2005 book “Last Child in the Woods” was the nature-health movement’s call to arms here, focusing on children and their increasing disconnect from nature. Sedentary and tech-addicted children suffer from “nature deficit disorder,” Louv argued, a condition with significant health and psychological implications.

Even before COVID-19 hit, rates of mental health issues were rising among children and adolescents.

There were more than 15,300 reported episodes of Connecticut children and adolescents requiring crisis intervention in 2019, according to the 2020 annual report of Mobile Crisis Intervention Services. The program uses a network of 150 mental health professionals located throughout the state to respond to 2-1-1 calls about behavioral and mental health emergencies. The state Department of Children and Families funds the program, working in partnership with United Way of Connecticut and the Child Health and Development Institute in Farmington. 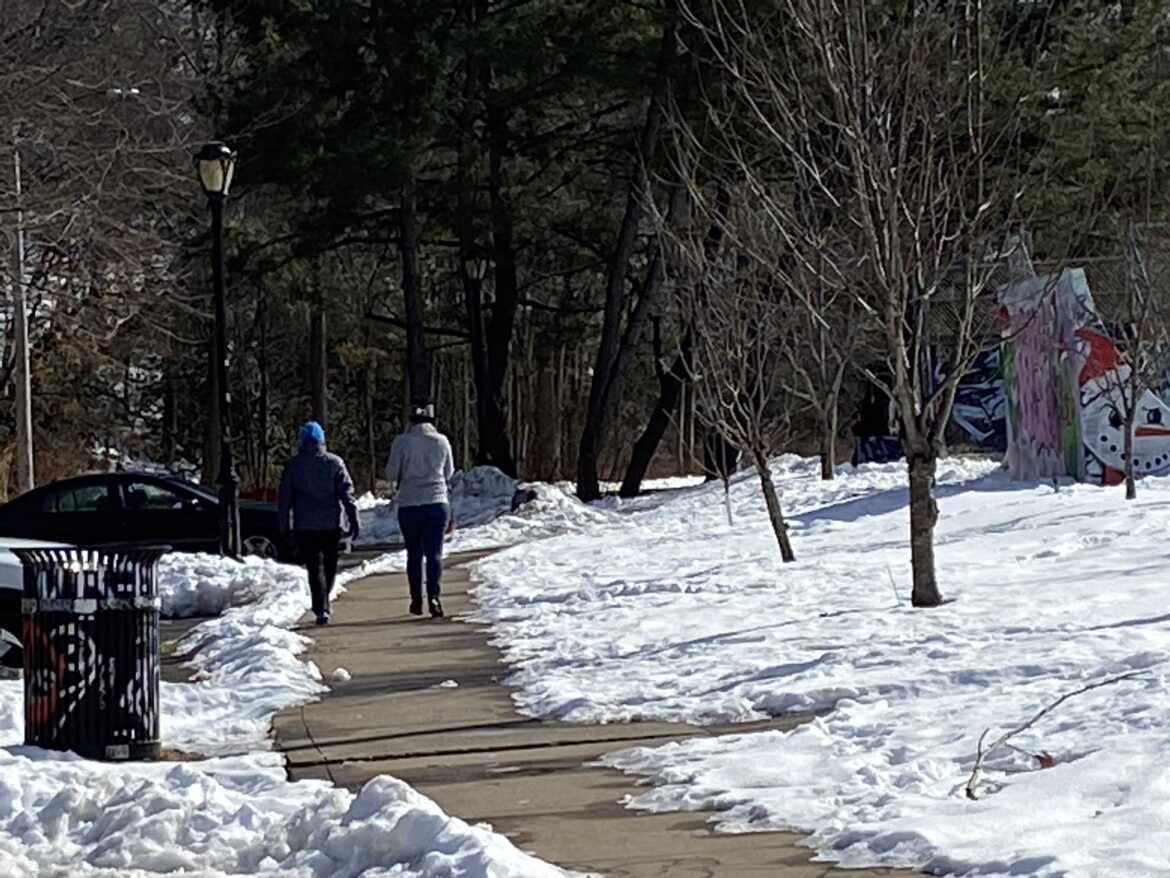 Walkers take advantage of a bright, clear day to stroll along a wooded trail in New Haven’s Edgewood Park. Scientists and medical providers are becoming increasingly impressed by how the simple act of spending time outdoors in a natural setting can lead to improved physical and mental health.

The number of reported incidents dropped in 2020, but only because schools, where most crisis calls originate, were closed because of the pandemic. “[Analysis] of data prior to March and the widespread impacts of COVID-19 indicates that both call and episode volume were on track to match or exceed those of last year,” the report notes.

Nationally, the U.S. Centers for Disease Control and Prevention reports that trips to children’s hospitals for mental health-related emergencies rose 24% among 5- to 11-year-olds from March to mid-October in 2020 over the same period in 2019. Emergency room visits among 12- to 17-year-olds jumped 31%.

Lower-income children and adolescents, historically less likely to get mental health treatment, may be especially vulnerable these days. The shuttering of schools reduces access to teachers and school counselors, who may be the only source of help to many students.

In addition, there’s an overwhelming likelihood that people of color live in neighborhoods with few natural resources or resources that are unsafe.

A 2020 report by the Hispanic Access Foundation and the Center for American Progress examines inequity in natural resources, breaking it down by state. In Connecticut, the report says, 93% of people of color live in a “nature-deprived” area.

As reports of obesity, anxiety and depression among children and adolescents rise, social scientists and medical providers are catching up with Richard Louv’s concerns about nature deprivation.

A 2018 study in The Journal of Pediatrics, for example, showed that “increased exposure to residential greenspace” led to reduced anxiety, depression and “problematic internal and external behaviors” among hundreds of 7- to 12-year-olds in Cincinnati.

In a 2009 study in the Journal of Attention Disorders, University of Illinois researchers said that 20 minutes spent walking in a park “substantially” increased the ability of children with attention deficits to concentrate.

Recognizing the profound need, in 2017, Dr. Robert Zarr, a pediatrician at Unity Health Care, the largest community health network in Washington, D.C., created Park Rx America. The stated mission of the nonprofit organization: “decrease the burden of chronic disease, increase health and happiness, and foster environmental stewardship, by virtue of prescribing Nature during the routine delivery of healthcare …”

The group’s interactive electronic prescription platform allows medical providers to prescribe an outdoor activity at a specific park to an individual patient. 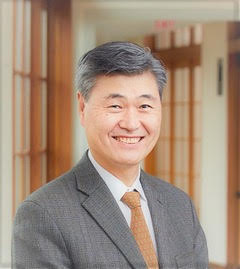 This is how it works: An electronic prescription, printed out or sent via text message, directs a patient to walk her dog around her neighborhood for 30 minutes three times a week. Another patient could get a virtual prescription to play 40 minutes of basketball twice a week at a local park. Medical providers discuss activities and locations with patients before writing a prescription. Once patients “fill” their prescriptions, they check a box and text the message back to the provider.

DeCew, the pediatric nurse at Fair Haven, is one of more than 1,050 providers in 47 states who have been intrigued by and used the platform.

After hearing a podcast about Park Rx America, DeCew arranged for information about parks in New Haven to be uploaded to its database. After registering on the site, she started prescribing nature therapy to those patients she thinks will benefit, such as anxious, housebound teenagers.

Dr. Hyung Paek, a Fair Haven physician who is also at the Yale School of Public Health, said he also prescribes time in the outdoors to his adult patients.

“We try to promote prevention over fixes after the fact,” Paek said, adding that “Anything that will promote physical and mental health for children, we’ll go out of our way to do that.”

How To Pay For Prevention?

Yale professor Bradford S. Gentry is working on a challenge to the future of the nature-health movement: how to make prevention pay, literally. As he put it, “How do you [a medical provider] get paid for doing things that make people healthier?”

Co-director of the Center for Business & the Environment at Yale, Gentry said one of his goals is “to build bridges” between the land conservation movement and the medical establishment. 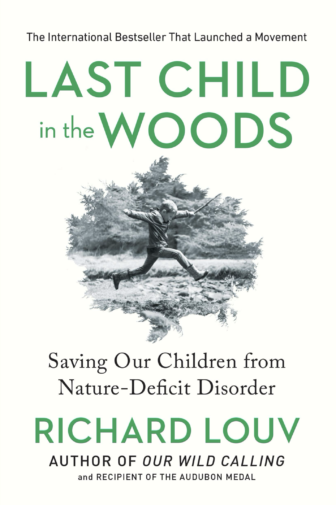 Medical care works on a fee-for-service basis, Gentry pointed out. He sees his doctor for an ailment, the doctor diagnoses him and provides a service for that ailment. The insurance company pays the doctor according to the international diagnostic and service codes indicated in the treatment.

“Getting kids out in nature doesn’t yet have a code associated with it,” he said.

At times, Gentry said, he’s broached the topic of the relationship between nature and health with people in the medical establishment, “They said, ‘Brad, you’re a nature guy. Of course you would say nature’s good. We need to do real health care here.’”

In 2019, the National Institutes of Health (NIH) began funding a five-year study measuring the impact of Park Rx America prescriptions on 6- to 16-year-olds who are patients at Zarr’s Unity Health Care.

Dr. Deborah Cohen at Kaiser Permanente, the lead researcher of the NIH study, said it will ultimately follow 500 patients, looking at data related to potential changes in the children’s physical health and behaviors such as screen time, and at their self-reported mental health.

“We’re excited about it,” Cohen said. “We don’t know what it’s going to show yet. But if the findings validate this hypothesis [of the value of park prescriptions], it’s going to be very important.”

Want to try nature therapy in your area? Go to https://parkrxamerica.org/