In states where Medicaid was expanded under the Affordable Care Act (ACA), women are more likely to receive breast cancer diagnoses at an early stage, compared with women in other states, new research shows.

Among women younger than 50, the average rate of diagnosis at advanced stages lowered from 23% to 21% between 2012-13 (before most states expanded Medicaid) and 2015-16 (after expansion), according to a Yale Cancer Center study published today in JAMA Surgery.  In states where Medicaid wasn’t expanded, the average rate of advanced-stage diagnoses stayed constant at 26% during those years. 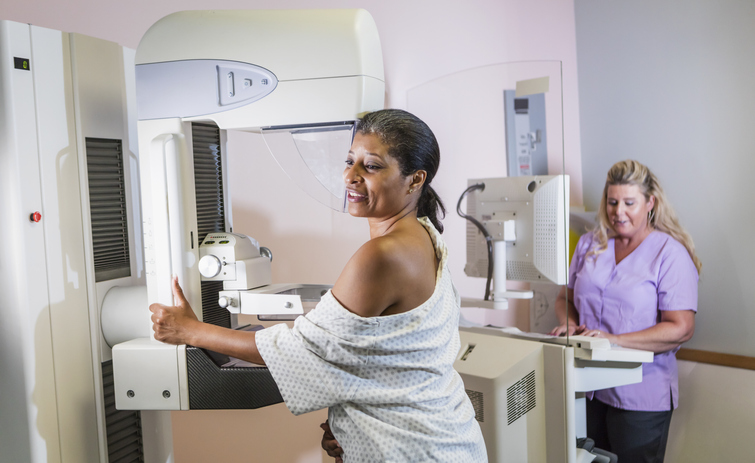 Differences in diagnosis were notable among Black women, with the percentage of those diagnosed at advanced stages declining.

“It’s a small percentage change [in expansion states] but it was statistically significant,” said Dr. Tristen Park, senior author of the study and a breast cancer surgeon at the Yale Cancer Center and Smilow Cancer Hospital, especially since the drop was evident over just a few years. “It’s quite exciting. I’m impressed it’s even detectable over such a short period of time. It’s happening at a much quicker rate” than expected.

She said, “Time will only make this [decline] more pronounced. What we’d like to see is this trend to continue and for it to remain statistically significant.”

Nationally, the decline in late-stage detection rates was even more notable among Black women: diagnoses dropped from 25% to 21% in expansion states, with no significant difference in non-expansion states.

“It’s great that we see that result. Generally, the African American population presents with a more aggressive type of breast cancer” known as triple-negative, Park said. “Having a more aggressive biology and not having health care puts them in a vulnerable position.”

The overall findings show that women are more likely to seek health care services when they have health insurance, Park said. They become more likely to have screenings like mammograms, but also to seek out doctors for follow-up care or if they find a lump in their breast during a self-exam.

In Connecticut, which was included in the study, the rate of late-stage diagnoses remained the same – at 14% – between 2012-13 and 2015-16, Park said. That likely is because Connecticut already was doing a better-than-average job connecting women to breast cancer screening and care, she said.

“It’s great that we see that result. Generally, the African American population presents with a more aggressive type of breast cancer” known as triple-negative. “Having a more aggressive biology and not having health care puts them in a vulnerable position.”

Early detection is key in the battle against breast cancer, Yale researchers said – particularly among women under 50 – because the cancer is rarer and more aggressive in younger patients.

“If the cancer is diagnosed early, generally treatment is definitive and women have good overall survival,” Dr. Justin Le Blanc, first author of the study and a surgical resident at Yale Cancer Center and Smilow Cancer Hospital, said in a statement. “It’s important to get women health care access early.”

In 2010, Connecticut became the first state in the country to expand Medicaid once the ACA allowed states to extend coverage to anyone living in a household where the income is below 138% of the federal poverty level. The current poverty level for a family of four is a household income of $26,200.

Since then, 35 other states and Washington, D.C. have expanded Medicaid; and as of today 13 states have not.  On Tuesday, Oklahoma voters approved a ballot measure for Medicaid expansion as of July 2021.

A previous study by Yale Cancer Center, released in June 2019, analyzed more than 30,000 health records nationwide and found that the racial disparity between white and Black cancer patients when it comes to accessing timely treatments virtually disappeared in Medicaid expansion states.

Looking ahead, Yale researchers plan to study the medical services that are provided to patients on Medicaid compared with those provided to women on other types of insurance and the uninsured.