Between 2017 and 2019, 145 of Connecticut’s 217 nursing homes – or about 67 percent – were cited for infection-control violations, according to a Conn. Health I-Team analysis of data from the Centers for Medicare & Medicaid Services (CMS). (View list of nursing homes cited below).

The 145 facilities had a total of 225 violations. Most of the violations were one-time occurrences, but 62 facilities had between two and four violations, the data based on the CMS nursing home compare website show.

Three nursing homes each had four violations between 2017 and 2019: Autumn Lake Healthcare at New Britain, RegalCare at New Haven, and RegalCare at Southport. Officials at those facilities didn’t return calls seeking comment.

Nationally, 9,372 nursing homes, or 61%, were cited for one or more infection-control violations, according to a report by Kaiser Health News. Kaiser’s analysis found that violations since the beginning of 2017 were more common at homes with fewer nurses and aides than at facilities with higher staffing levels.

Infection prevention violations included staff failing to wash their hands or change their gloves in between caring for residents, or properly cleaning equipment after each use, such as glucometers, which measure blood sugar levels. 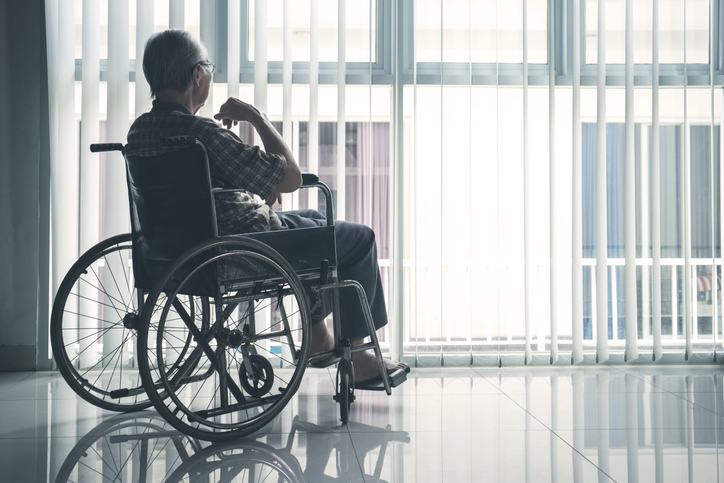 Seniors have a high risk of contracting COVID-19.

“I’ve looked at thousands of violations [nationwide] and the problems are almost always related to staffing, especially infection control,” said Richard Mollot, policy researcher and executive director of the Long Term Care Community Coalition in New York City, which compiles infection control violations at nursinghome411.org. “The staff just did not have time; they were rushed so they didn’t wash their hands.”

Two of the Connecticut facilities with four violations, RegalCare of New Haven and Autumn Lake Healthcare at New Britain, have staff level ratings at “much below average,” the lowest rating on Nursing Home Compare. RegalCare of Southport is considered a “special focus facility,” subject to more frequent inspections.

Given the elderly population they serve, nursing homes continuously strive to prevent and control the spread of infections, like influenza or COVID-19, according to Matthew Barrett, president and CEO of the Connecticut Association of Health Care Facilities. Nursing homes are taking precautions amid the COVID-19 outbreak and following guidance from the state Department of Public Health (DPH) and the Centers for Disease Control and Prevention (CDC), he said.

“[COVID-19] could cause a lot of harm for nursing home residents, who are vulnerable to a much higher degree than the broader population,” he said. “The consequences are so severe, it’s reasonable and appropriate that the sector prepares for the worst, and hopefully it doesn’t come to that.”

This week, DPH ordered that all nursing homes prohibit most visitors from facilities and on Friday, DPH updated its order to restrict all visitors, except first responder emergency personnel.

“There are a lot of protocols, guidance and practices regarding infection control in skilled nursing facilities,” Barrett said, referring to CDC guidelines. “Skilled nursing facilities, even if there is some unevenness in regulatory citations across the sector, are equipped and trained and skilled at dealing with the detection and prevention of respiratory illnesses like influenza – and COVID-19 is the same in almost every respect, in terms of the guidance.”

Even before the DPH mandate came earlier this week, Barrett said that many facilities were screening or otherwise limiting visitors.

Seniors have a high risk of contracting coronavirus, according to Nancy Messonnier, director of the National Center for Immunization and Respiratory Diseases at the CDC.

“Starting at age 60 there is an increasing risk of disease and the risk increases with age,” she said. “The highest risk of serious illness and death is in people older than 80.”   The COVID-19 estimated death rate for people 80 years of age and older is 21%, according to the World Health Organization.

In Washington state, 19 elderly residents with ties to the Life Care Center in Kirkland have died from coronavirus and several other nursing homes have residents or employees who have tested positive, the Seattle Times reported this week.

This story was updated from an earlier version.

In Connecticut, 145 nursing homes – or about 67 percent – had one or more violations of infection-control regulations from 2017-2019, a C-HIT analysis of federal data found. All the violations were corrected. (Scroll left and right to view the entire chart.)

The state Department of Public Health has set up a webpage with information.

Cara Rosner can be reached at caramrosner@gmail.com.

Susan Jaffe prepared the infection control violation analysis and can be contacted at Jaffe.KHN@gmail.com.