Corporal punishment is practiced in 19 states, mostly in the south, and African American students are more likely to be disciplined with a type of physical punishment than whites, according to recent studies.

On average, 160,000 students are disciplined by corporal punishment a year, reported the National Institutes of Health in its study of the prevalence of this form of discipline in 2016. 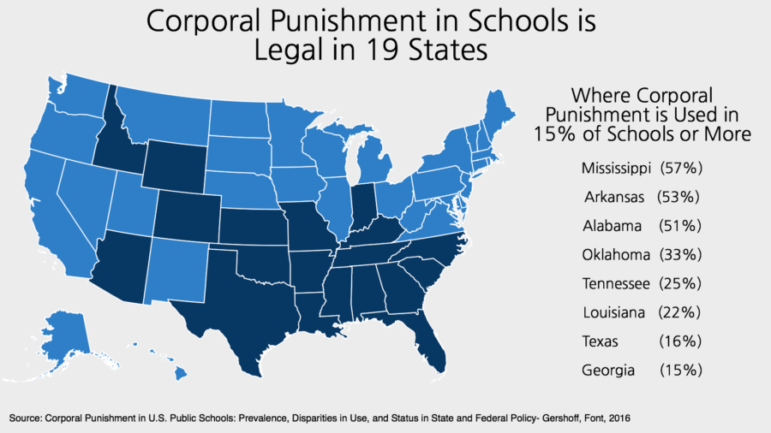 Corporal punishment is a discipline method in which a supervising adult purposely inflicts pain on a child in response to a child’s misbehavior. In schools where physical punishment is used, common tactics include, paddling, and spanking by hand or wooden stick.

In Connecticut, corporal punishment is not used as a form of discipline, but there are no law prohibiting its use.

The use of corporal punishment has come under fire in Mississippi with some school districts banning the practice.

Marcie Massey, a parent of two children, grew up in Mississippi and was paddled in school as a child.

“We don’t do it to adults when they mess up. So why do it to children? [For] power and control,” said Massey, who opposes the use of corporal punishment.

Massey recalls hating the “teachers and staff members” after being paddled.

“Corporal punishment teaches abuse follows mistakes, that physical violence is necessary when a child messes up. These children and even young people are developing, learning,” said Massey.

In many Mississippi counties paddling is still a preferred form by punishment by parents, teachers and even students rather than face school suspension or withdrawn from the classroom, published reports said. 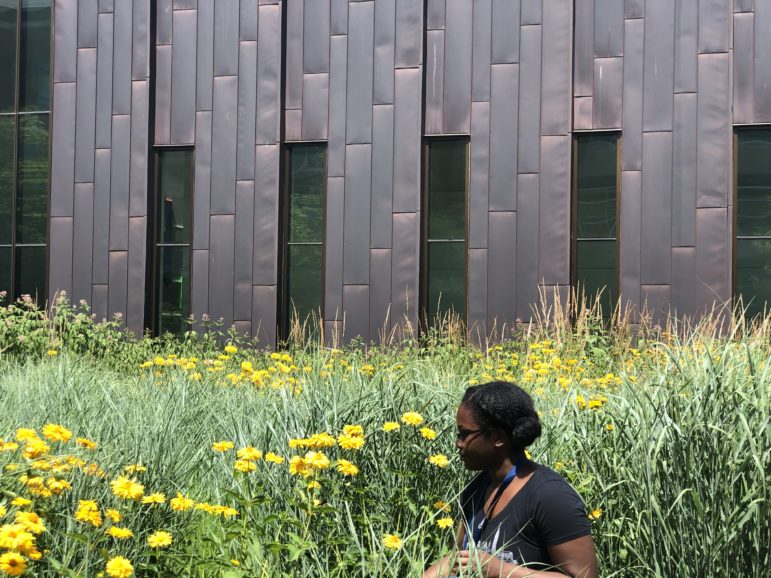 In the Supreme Court case, Ingraham, v. Wright, it was determined that corporal punishment in public schools could be practiced as it did not violate any laws, according to oyez.org.

With this decision, states can make their own rules regarding physical punishment in public schools.

The ACLU is one of the many organizations opposed to corporal punishment. The organization states that physical punishment “erodes the trust” between educators and students while creating “degrading school environment” that makes its hard to succeed.

On the ACLU national website, Brittany Y., a student in Mississippi describes the time she received a paddle punishment. “[The coach] hit me so hard I felt nauseous at my stomach. [Later] I looked in the mirror and I had bruises all over,” wrote the middle school student.

The American Psychological Association research reports that children learn by imitating the behavior of adults. “If children are being physically punished in school they will learn to use physical violence in order to control a situation or behavior, the association said.

The use of corporal punishment on students also has long lasting psychological effects, according to a study by Children’s Hospital of Eastern Ontario in Ottawa. The study found that corporal punishment may reduce the grey matter in the brain which is a vital part of the brain the central nervous system and intelligence along with learning abilities. The Children’s Hospital also found that corporal punishment in schools has a link to children misbehaving more than they did before and causes them to learn to use physical violence in order to control a situation or behavior.

“Talking to kids, listening to kids and show compassion for their needs and struggles…being more involved with parents, providing them with the resources they need,” is better than punishment, said Massey.