Despite the best efforts of health departments across the state, the number of reported cases of sexually transmitted diseases (STDs) continues to rise dramatically, mirroring a national trend.

According to surveillance data from the Centers for Disease Control and Prevention (CDC), the U.S. experienced steep, sustained increases in STDs between 2013 and 2017. In Connecticut, reported cases of syphilis rose 51 percent during the four-year period, while gonorrhea jumped 25 percent and chlamydia rose 27 percent. According to the CDC’s ranking of all 50 states, Connecticut was 27th for reports of chlamydia, 4oth for gonorrhea, and 45th for syphilis. 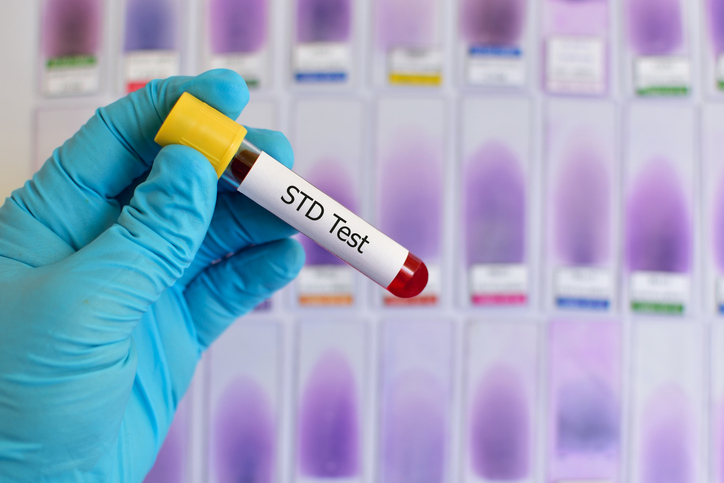 STDs are on the rise both in Connecticut and nationally.

Health officials acknowledge that the rise in reported STDs cases is partially due to better testing and tracking. “There’s much better sensitivity and specificity to tests,” said Carol Steinke, retired public health nurse supervisor for Hartford. Lynn Sosa, deputy state epidemiologist for the Connecticut Department of Public Health, also points to an uptick in electronic lab reporting, which is more reliable than manually recording data. But these factors don’t fully explain the recent persistent jump in STD numbers.

So, many communities are expanding their outreach efforts to get to the source: those at a high risk of contracting an STD.

In the spring, Waterbury Health Department’s mobile outreach van will hit the streets of the city Monday through Friday, going to hot spots like parks, soup kitchens and shelters, where people who might not willingly go to a health clinic can step aboard the van. With four medical exam rooms for primary care, the van also offers on-site testing for STDs. In this nonjudgmental setting, a cup of coffee and some free condoms might be accepted.

Employees of Hartford’s health department show up at local college events to inform students about STDs and where they can go for testing and other resources. They also routinely stop in at four local barbershops to fill condom dispensers they’ve placed.

Experts suggest that a complex combination of factors continues to impede prevention efforts, including the public’s attitudes—some new and others stubbornly old; recent behavior changes; and budget cuts. Together, they help explain how dogged efforts to halt the increase in reported cases of STDs fall short.

Flat funding and budget cuts have had a negative impact on statewide efforts to provide STD treatment and tracking. “Our federal funds have been stagnant for many years, so we do need more resources to combat the increase we are seeing,” Sosa said.

One city’s plans to enhance STD data-tracking have been put on hold due to state budget cuts. Maritza Bond, director of health and social services for Bridgeport, said plans to hire a part-time epidemiologist to identify and better target age groups affected by increases in STDs were put on hold because of state budget constraints. Instead, Bond said, she’s exploring how to work with her counterparts in other cities to share resources regionally.

Health practitioners who work to prevent the spread of STDs may encounter evolving attitudes that make their jobs more difficult. A casual attitude about contracting HIV and other serious sexually transmitted diseases is one. “Now HIV is not a death sentence,” Sosa said. “People can live full and healthy lives with HIV. It makes people think differently.”

There’s also a widespread misconception about the relative safety of oral sex, Sosa and other health officials have learned through patient interviews. “I think people do think it’s safer,” said Sosa, who points out that STDs can be contracted orally.

It’s this and other misconceptions that health officials are up against as they work to educate the public, whether in clinics or in the community. At the Hartford STD Clinic, they provide outreach services relevant to STDs and HIV. “We do testing right there,” said Steinke, who retired in January as nurse supervisor of the clinic.

Also at Hartford’s STD clinic, clinicians make it easy for STD-positive patients to halt the spread of infection through a practice called expedited partner treatment. “We’ll give patient information and medication on site so they can pass it on to their partner,” Steinke explained.

But in some cases, patients may be unwilling to share that information with their partners. Others may not know who they are or where to find them, a problem that some experts blame on the rise in anonymous sex partners, made easier by mobile apps like Grindr.

“It’s important for people to understand that we’re not trying to be intrusive,” said Ava Nepaul, a regional supervisor with the public health department’s STD/HIV Partner Notification staff. “We are contacting them to make sure they get their health checked out.” Nepaul emphasizes that the partner notification program follows a prescribed training protocol that’s backed by the CDC and maintains confidentiality of infected individuals and their partners.