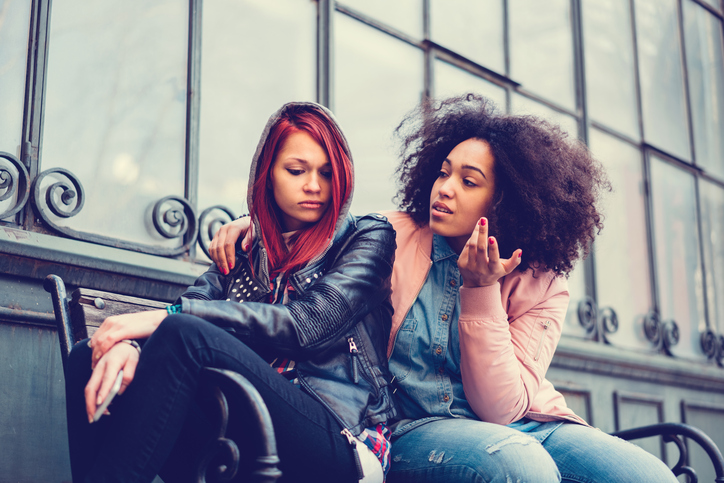 Among women, those who are low-income or minority are less likely to get treatment for depression, according to multiple studies.

A report by the Connecticut Behavioral Health Partnership found that women were underrepresented in Medicaid-funded behavioral health services in the state even though research shows that women suffer from the most commonly diagnosed mental health disorders more frequently than men.

Racial and ethnic disparities, while still considerable, are decreasing in some physical illnesses. “But in mental health care, in the last 10 years, we see those disparities widening,” said Megan Smith, associate professor in the Departments of Psychiatry and in the Child Study Center in the Yale School of Medicine, who runs the Mental health Outreach for MotherS (MOMS) Partnership®, a program that offers mental health services to “overburdened and under-resourced mothers.”

In this podcast, sponsored by ConnectiCare, Colleen Shaddox discusses the hurdles to mental health care and the programs breaking barriers to care with Yale’s Megan Smith and UConn Health’s Dr. Sarah Nguyen.

Lack of insurance coverage, the cost of treatment, a shortage of qualified clinicians, stigma and even fear of losing custody of their children can keep women from seeking help, Smith said. Blacks and Hispanics are more likely to report psychological distress than non-Hispanic whites, and the rates increase dramatically for minorities who live in poverty, according to the Centers for Disease Control and Prevention. But white women are using mental health services at more than twice the rate of black or Hispanic women, data from the federal Substance Abuse and Mental Health Services Administration show.

“Unfortunately, lack of health insurance is often the biggest barrier to receiving care for depression. And with the lack of insurance there are financial barriers that come into play,” said Dr. Sarah Nguyen, a psychiatrist and faculty member at the University of Connecticut School of Medicine.

More than 42 percent of adults who do not get needed mental health treatment said they cannot afford it, according to the National Survey on Drug Use and Health. Medicaid does not reimburse clinicians for the full cost of mental health treatment, creating a shortage of providers who accept Medicaid. A 2015 study found that Connecticut clinicians experience a $27 million annual loss versus standard fees when providing mental health care under Medicaid.

There is also a shortage of clinicians who are minorities. “I think it goes back to increasing the human capital in the mental health field,” Smith said. “What I mean by that is really increasing the training and the availability of providers who are of racial and ethnic minority background themselves, and of providers who accept Medicaid and sliding scale, and, particularly, providers who are using evidence-based treatments. We know we have to be concerned about the quality of care, and so we want to, of course, lift up the quality of care that everyone receives.”

And then there is stigma, which is blamed for keeping people out of treatment regardless of background. Research shows that pressure to be “a strong woman” and a reliance on faith communities and other sources outside of health care providers discourage black women from seeking depression treatment.

Women who use the MOMs program often do not even use the word depression. “Stress is actually the way that many mothers we talk to describe depression,” Smith said. “So, mothers will talk about stress and really mean anxiety, trauma, addiction, depression.”

Women can access MOMs services at places like the laundromat. They can even get therapy at the local Stop & Shop. “The feedback we have from mothers on that is excellent,” Smith said. “They really like receiving care there. They feel safe. They feel secure, and it really feels like part of the community.”

One day a week Nguyen practices in a primary care center and sees patients she says would never have come to her psychiatry office to begin therapy. “Once I’ve established a rapport and a relationship with [patients] they’re more open to seeing me in other clinics,” she said.

Being in the primary care clinic is a particularly good way to get immigrant women into treatment, Nguyen added, because immigrants with depression are more likely to come in complaining of a physical problem like a stomach ache. 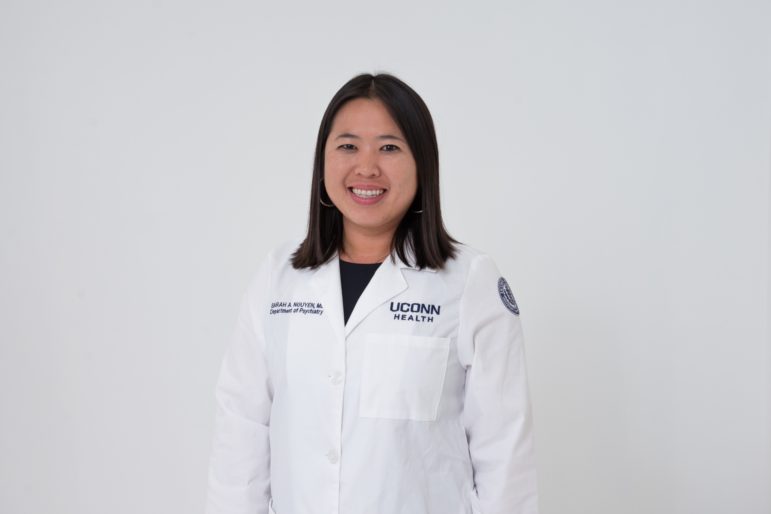 Fear surrounding immigration status keeps some people from seeking depression treatment and so does fear of losing custody of a child. Smith stressed that mothers around the country do face child welfare systems that can penalize them for mental illness, but she offered assurances that Connecticut is different. “I think what’s helpful in Connecticut is that our child welfare system is informed about brain science and child development and knows the importance of promoting that dyadic relationship between mothers and children,” she said.

Though financial barriers can keep women out of care, Dr. F. Carl Mueller, associate chair of psychiatry at Stamford Health, urges women not to assume that care is out of reach. “There’s a lot you can do,” he said. “This is not necessarily an expensive proposition. There are short-term treatments that get people out of the darkest places.” He added that treating depression can be essential to avoid lost wages and even job loss. “Depression kills income,” he said.

There is a 50 percent increase in employment among women who get mental health treatment through MOMs, Smith said, citing “a real link between mental health and wealth.”

This is Part 2 of C-HIT’s series on women and depression, sponsored by ConnectiCare. Part 1 is available here.