Depending on your ZIP code, Connecticut is a wonderful place to live.

A recent United Health Foundation report said Connecticut ranks sixth in the nation for women and children’s health. The state scored high because of a low teen birth rate, as well as a high percentage of publicly funded women’s health services needs being met.

But the state faces a yawning disparity of health status among residents—and its segregated towns. That’s significant because research shows that if you want to calculate your life expectancy, check your ZIP code and your median household income. Poor people who live in low-income neighborhoods tend not to live as long as wealthier people who live in neighborhoods with more resources.

And for a case in point, we have our own Fairfield County.

Greenwich-based AQR Capital Management consistently makes the lists as one of the state’s best places to work. In December, Pensions & Investments, an institutional investing news site, touted the kids’ camp sponsored by the company, which manages some $224 billion in assets.

In 2016, Connecticut magazine opined: “The benefits are strong with this one.” The company offers generous health coverage, tuition reimbursement, and discounts for membership in local health clubs. 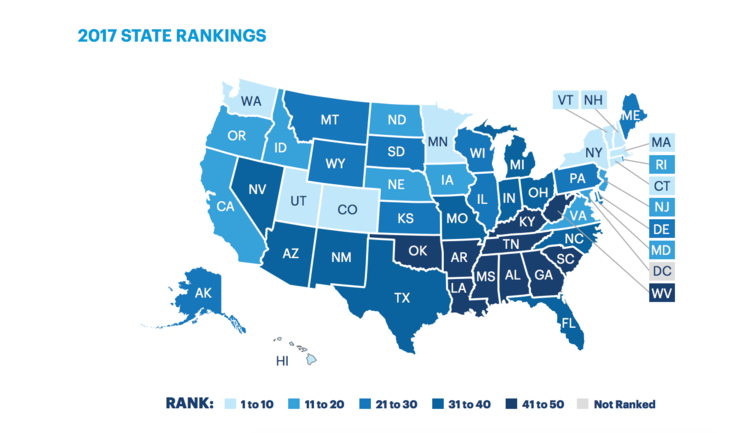 A relatively low median household income is not all that defines Bridgeport, and there are wealthier counties in the country—multiple counties around the nation’s capital come to mind.

But Fairfield County is notable for the starkness of the economic divide contained within its 625 square miles. Depending on the highway exit you, you can drive past mansions with grounds that rival Versailles, or you can find blocks and blocks of abandoned factories, replete with broken windows and broken promises of vanished manufacturing jobs that once paid a living wage to generations of workers.

In 2016, The Atlantic magazine called Fairfield County the “epicenter of American inequality.” A 2016 Economic Policy Institute report  said that in the Bridgeport/Stamford/Norwalk metropolitan area, the top 1 percent earned nearly 74 percent as much as the bottom 99 percent. (In 2013, the year that supplied the figures for the study, Connecticut had the nation’s highest income threshold for people to enter the 1 percent, at $659,979; for the metropolitan area, the threshold was $1.39 million, second only to that of the Jackson, Wyo., benchmark of $1.65 million.) The institute also reports that income inequality has risen steadily since the late ’70s, with no end in sight. A March 2017 study from the Urban Institute put Bridgeport as the second-most segregated town in the country (behind Philadelphia).

Wealth and income inequality are not just about numbers.

After the Ferguson protests, the press discovered Jason Purnell, associate professor at Washington University in St. Louis who is the lead author of a report that shows that ZIP codes are a better indicator of health outcomes—and life expectancies—than genetic code. Purnell is not alone. A study published in The Lancet last year said that rising income inequality in the U.S. had created a noticeable difference in life expectancies between poor, middle-class, and upper-class families.

In other words, poor people die sooner because, said the study, “unequal access to technological innovations, increased geographical segregation by income, reduced economic mobility, mass incarceration, and increased exposure to the costs of medical care might have reduced access to salutary determinants of health among low-income Americans.”

Connecticut has so much to offer its residents – too bad that’s mostly true for some ZIP codes.