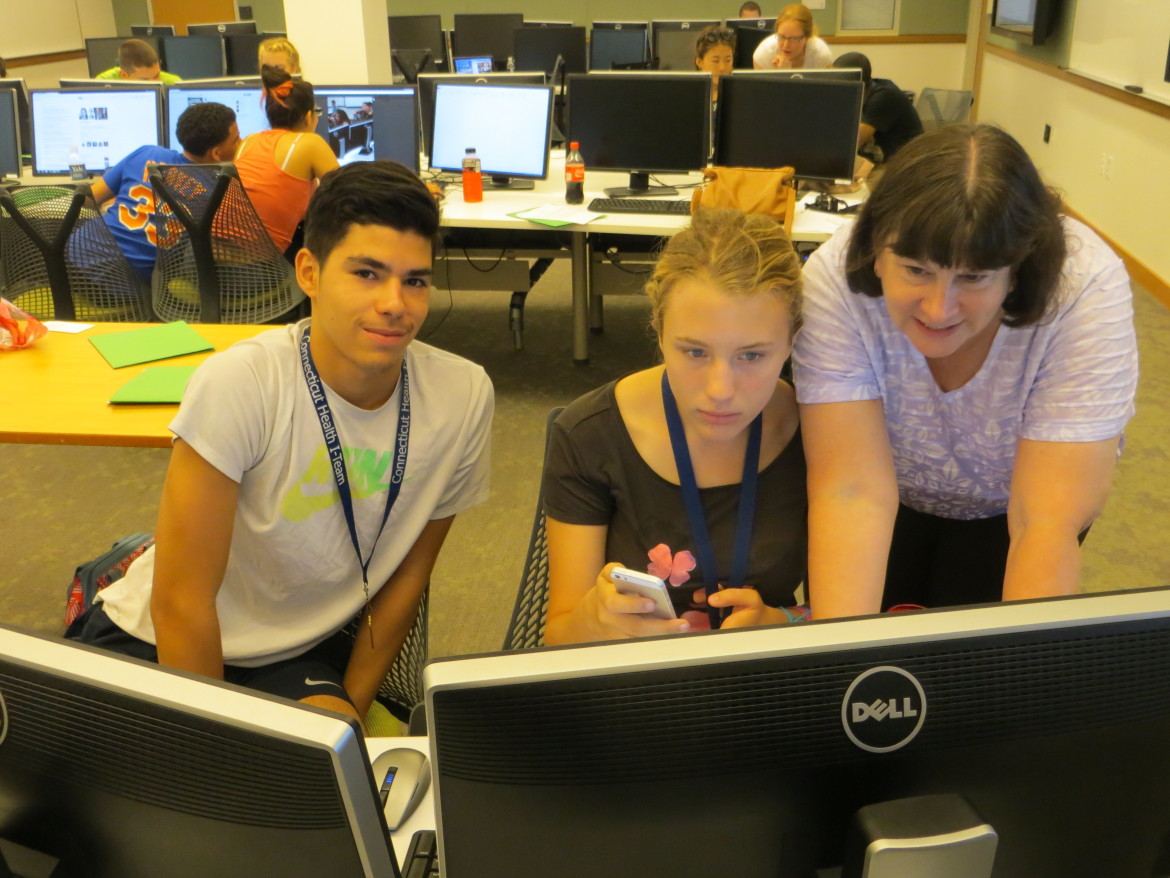 Many have seen it, the rows of people with eyes glued to their phones, whether they are on the train, at a restaurant or even in their own homes.  Are social media and the technology that makes it accessible hindering peoples’ socialization skills? In this new age of smartphones, millennials and even older individuals are finding themselves enveloped in the world of technology and social media. In a large survey conducted by Commonsensemedia.org, 90 percent of teens surveyed, ages 13 to 17, reported to have used some form of social media in their lives. Seventy-five percent of teens currently have a social networking profile, and 51 percent visit that social networking site daily.

Is this fervent use of phones and social media causing a loss of social skills? Kristin Carothers, a clinical psychologist with the Child Mind Institute in New York City, believes so.

Carothers said that frequent virtual interactions through social media lack emotion, and when coming face-to-face with a person, frequent users of social media may “miss some social cues.”

Carothers also said that the “quality of [the] relationships may not be as great” as those that are based in face-to-face socializing. A problem that arises from this is that youths may become “confused (about) what an actual friendship is,” Carothers said.

However, she does commend social media in how it “breaks down cultural barriers,” as youths all over the world who have similar interests can connect through various platforms, such as Facebook, Instagram and Snapchat.

Some teens get frustrated by how attached their friends and parents are to their own devices, the Commonsensemedia.org survey shows. For example, 28 percent of those whose parents have a mobile device say they consider their parents “addicted” to their gadgets, and 21 percent of all teens say they wish their parents spent less time with their cell phones and other devices. Nearly half (45 percent) of teens say they sometimes get frustrated with their friends for texting, surfing the Internet or checking their social networking sites while they’re hanging out together.

One 13-year-old boy from the survey said, “It’s boring to talk to someone that has to check Facebook every 5 minutes.”

Although many teens reported that social media distracts them from talking to their friends, they also believe that social media actually improves their relationships with friends because it allows them to be constantly connected. A friend is available at the tap of a screen, and teens can connect with members of their extended family whom they do not regularly see.

About 54 percent of teens say that social media has helped improve their relationships while only 2 percent say social media is hurting their relationships. Despite this, teens still report that face-to-face communication is the most preferable. About half of teens prefer face-to-face communication because it is the most intimate.

Despite the hours they spend on their devices, most teens insist that social networking has no effect on their emotional health and that they are satisfied with their lives. For example, 80 percent say using their social networking site does not make much difference to whether or not they feel depressed. Eighty-three percent say that social media does not make them feel better or worse about themselves. And 74 percent do not believe that it hinders their relationships with others.

Because technology is still evolving, its impact on teen socialization remains uncertain. Some experts say that teens can lose important social skills, while others say that social media offers opportunities for a new connectedness. Hanging in the balance is one pressing question: will face-to-face communication become a thing of the past in the future?

7 thoughts on “Is Social Media Hindering Our Face-To-Face Socialization Skills?”