Thousands of low-income adults and children have gained access to dental services in recent years as the number of dentists accepting Medicaid and HUSKY patients has soared, according to state data.

“That’s a pretty expansive network,” Donna Balaski, director of dental services at DSS, said of the 2014 figure. “We have better access than commercial plans in our state.”

While more dentists are accepting Medicaid and HUSKY plans, health advocates say there is room for improvement in utilization and access to oral health care, especially for low-income adults.

“It’s a very different story around adults,” said Patricia Baker, president and CEO of the Connecticut Health Foundation, a Hartford-based nonprofit that has studied dental access trends in Connecticut for the past 15 years. Even with the gains made, “the choices for adults are still incredibly narrow.” 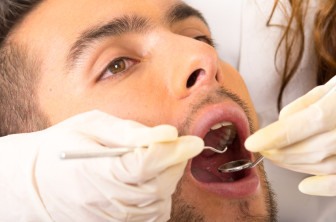 Though dentists have made great progress and still strive to serve more low-income patients, it is “a little trickier” for them to reach adults than children, said Dr. John Mooney, a dentist who practices in Putnam and is co-chairman of the Connecticut State Dental Association’s Council on Legislation.

Many dentists who see HUSKY-enrolled children also will provide services to caregivers who accompany the children to appointments, he said. But the non-caregiver Medicaid population and working poor are difficult to reach, he added.

“We still have holes” in coverage, Mooney acknowledged.

Dentists have developed a number of programs to reach low-income clients.

They volunteer their services at Connecticut Mission of Mercy free dental clinics held statewide, including one recently in Danbury that provided free services to about 2,000.

In New Haven, the Fair Haven Community Health Center sends its mobile dental clinic into neighborhoods and offers exams, cleaning, fillings, fluoride treatments and other services to children and families.

In Bridgeport, for example, children can receive semiannual cleanings as well as fillings and sealants, according to Linda Smith, the school-based health center program director for Bridgeport at Optimus Health Care Inc., which operates clinics in elementary and high schools.

“A lot of children do not have private dentists,” she said, and the center “is a safety net that keeps children from falling through the cracks and not having dental services provided.”

Children enrolled in HUSKY also benefitted from a lawsuit filed in 2000 and settled eight years later that provides more oral care access for low-income children. The lawsuit claimed that children enrolled in HUSKY couldn’t find dentists to serve them, a violation of federal Medicaid laws. The settlement increased the reimbursement rate paid to dentists for treating HUSKY enrollees, Balaski said.

But health advocates worry the state’s current fiscal situation will threaten some of the progress that has been made.

That would result in thousands of people losing coverage, according to Connecticut Voices for Children. They would be expected to buy private insurance coverage through the state’s health insurance exchange, according to the advocacy group.

The group estimates as many as 10,000 parents enrolled in HUSKY would go without coverage due to expensive premiums and co-payments they can’t afford.

The gains in oral health visits have had major impacts – potentially life-saving ones, according to Dr. Joseph Feuerstein, director of integrative medicine wellness at Stamford Hospital and assistant clinical professor at Columbia University in New York.

“Good oral health is a reflection of good health,” he said. Regular dental visits are extremely important because dentists can detect problems in the mouth that may be red flags signaling more serious ailments, Feuerstein said.

Research has shown that inflammation in the mouth could be a sign of inflammation of the blood vessels, a potential underlying cause of heart disease, he said. In some cases, bacteria from the mouth can enter the bloodstream and infect heart valves, leading to heart failure or death, he said.

There also may be a link between tooth or bone jaw loss and osteoporosis, he said, and emerging research shows a potential link between early tooth loss and Alzheimer’s disease. Additionally, gum inflammation in pregnant women has been linked to premature birth and low birth weight, he said.

Each of these warning signs could be detected with regular dental visits, which would save patients, dentists, the state and private insurers money in the long run, Feuerstein said.