Still, the Enfield resident says she’s never been treated as an equal in her 24 years as a soldier, and she doesn’t believe that will change once she retires at the end of this year.

According to a January report released by the U.S. Department of Veterans Affairs, Connecticut is home to 16,545 female veterans — a number that is expected to grow. As these women return to Connecticut, they need support, information, and access to appropriate, quality care. A measure being considered by state lawmakers would help them.

The bill, passed by the legislature’s Veterans’ Affairs Committee last week, now heads to the Senate. It would create an organization – the Connecticut Women Veterans’ Program — that would work to educate female veterans about federal and state benefits and services. The program would also assess the needs of the veterans and review programs and research projects designed to address those needs. Recommendations would be submitted to the veterans’ affairs commissioner.

The bill, modeled after a program in Indiana, would require no new funding and appears to have bipartisan support. 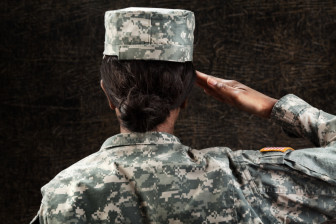 The bill under consideration creates the Connecticut Women Veterans’ Program.

“The past and current conflicts across the globe have seen veteran women increasing in record numbers,” said state Rep. Jack Hennessy, D-Bridgeport, co-chairman of the veterans’ committee. “It is time we recognize women’s contributions as mutual partners. The Connecticut Women Veterans’ Program will take us a positive step forward toward addressing their specific needs.”

Female veterans tend not to seek help, and they often don’t use VA services, said Heather Sandler of Glastonbury, who served in the U.S. Navy before joining U.S. Sen. Richard Blumenthal’s staff as a senior constituent liaison for military and veterans affairs.

“As a female veteran, I know our demographic is hard to reach,” she said.

Davis agreed, adding that many women either aren’t aware of the resources available, or they have a negative opinion of those services. “When you watch them, they isolate themselves very quickly,” she said.

In recent years, the federal VA has taken steps to help female veterans, and it released a report in February that profiles women veterans using a 2012 American Community Survey. At that time, there were an estimated 1.6 million female veterans nationwide. Today, there are more than 2 million.

Statistics show that more women veterans served after Sept. 11, 2001, than during any other period of service, including peacetime. Eighty percent of women veterans were 35 or older with a median age of 48. The median age for male veterans was 63.

“In veterans affairs policies, and in all state policies, we must always be asking, ‘What are our weaknesses? How can we turn those weaknesses into strengths?’ ” said state Sen. Henri Martin, R-Bristol.

More should be done to emphasize the services available to women, added state Rep. David Yaccarino, R-North Haven. “I think sometimes women are overlooked,” he said.

The Permanent Commission on the Status of Women would agree. In written testimony, the commission stated that female veterans have an increased risk and incidence of sexual assault compared to male veterans, which often results in post-traumatic stress disorder and depression. The proposed bill “recognizes the reality that long-standing veterans’ programs were not developed with the unique needs of women veterans in mind,” the commission stated.

Connecticut briefly had a program that served female veterans. In 2010, Linda Schwartz, the former commissioner of the state Department of Veterans’ Affairs, established the Connecticut Women Veterans’ Network to help the state identify unmet needs. It is no longer active.

In the absence of a formal state program, the department urges female veterans to utilize a federal program.