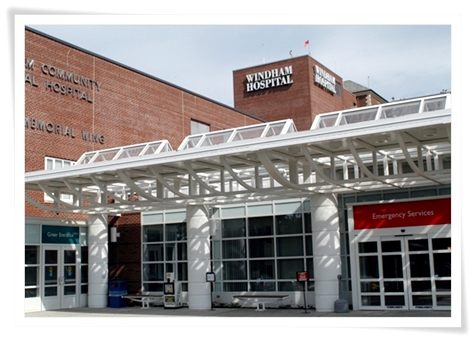 Connecticut’s acute-care hospitals saw gains from their operations tumble 35 percent in the last fiscal year, with seven of 29 hospitals reporting operating losses, according to a new state report.

While hospitals still ended the year with $597 million in profits overall, the report by the state Office of Health Care Access (OHCA) raises concerns that non-operating revenue, such as income from investments, was masking the decline in operating revenue. Hospitals’ profits from operations dropped to $333.6 million, from $513.5 million in the 2012 fiscal year. At the same time, hospitals earned $70 million more from investments, charitable contributions and other sources of revenue.

The new data show that the seven hospitals with operating losses were: Hartford, Windham, New Milford, Connecticut Children’s, John Dempsey, Johnson Memorial and Milford. When non-operating gains and losses were factored in, five hospitals – all of them smaller — ended the year in the red: Windham, New Milford, Milford, Johnson and Manchester. Three of those hospitals are part of larger health networks, while Johnson and Milford hospitals are freestanding. OHCA cited Milford Hospital as of “particular concern” because it had run deficits every year for the last six years. It also noted that Windham has had a negative total margin in each of the last five years — despite its affiliation with the Hartford Health Care Corp. network in 2009. Windham had positive financial outcomes in the four years preceding that affiliation, the report says.

Stephen Frayne, senior vice president for health policy for the Connecticut Hospital Association, said that hospitals generally need to clear at least a 4 percent profit from operations to be able to keep up with infrastructure, technological and other improvements. Statewide, hospitals cleared an average operating profit of 3.15 percent in 2013, with only 12 of the 29 hospitals hitting the 4 percent target.

Frayne cited reductions in state Medicaid funding as a key reason why operating gains had fallen. In the 2013 fiscal year, hospitals paid about $350 million in state taxes and received back about $323 million – a cut of $76 million from the prior year. In 2014, state reimbursement fell by another $74 million, he said. Cuts to the federal Medicare program in 2013 also impacted hospital revenue.

“You just start layering these things in, year after year, and it’s bound to have a deleterious effect on hospitals,” Frayne said. “Unfortunately, the results we’re seeing are not surprising.”

Frayne said it was too soon to say whether hospitals that are part of larger networks would have an easier time facing financial challenges than stand-alone facilities. Of the 12 hospitals that had operating profits exceeding 4 percent, eight were part of networks, including all three of the Yale system hospitals – Bridgeport, Greenwich and Yale-New Haven. In terms of operating surpluses, Yale-New Haven had the largest dollar gain — $104.8 million – followed by Bridgeport, Stamford and St. Vincent’s hospitals, which each had operating surpluses exceeding $30 million. Waterbury Hospital, which is expected to be taken over by a for-profit Texas hospital chain, had a $3.5 million operating surplus.

The report shows a slight decline in emergency department utilization, which had increased in 2012. Emergency room visits dropped by 33,000 in 2013, leveling off at about 1.7 million.