Connecticut’s acute-care hospitals ended the last fiscal year in slightly better financial health than in the prior year, with just five of 30 hospitals reporting losses, according to a new state report.

Data filed with the state Office of Health Care Access (OHCA) shows that six hospitals had operating losses in the 2012 fiscal year – the same number as in 2011, but fewer than in 2010. When non-operating gains and losses are included, five hospitals had negative total margins, or deficits – down from eight in 2011.

The annual OHCA report paints a positive picture of the overall financial health of hospitals, highlighting that Connecticut’s hospitals had a total gain from operations of about $513 million in the last fiscal year – a substantial increase, of close to 70 percent, over the prior year. Total hospital net assets also increased.

The report credits “improvement in (hospitals’) financial operational performance” and a rebound in investment income, tied to the economy, for the positive changes. 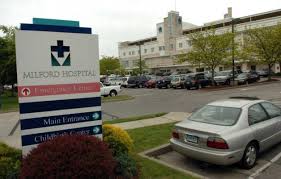 But the new data also shows that several smaller hospitals are struggling. Milford, New Milford, Windham and Griffin hospitals all ended the year with deficits. The fifth hospital in that group was Saint Francis Hospital & Medical Center in Hartford.

OHCA said Milford Hospital was of “particular concern” because it had reported a deficit in each of the last five years.

A spokeswoman for Milford Hospital was not available for comment Thursday, but the report shows that Milford was among seven hospitals, including New Milford and Griffin, that saw their inpatient volume drop by more than 5 percent in 2012. Milford’s discharges fell from 4,374 in 2011 to 3,580 last year, an 18 percent drop.

Stephen Frayne, senior vice president for health policy for the Connecticut Hospital Association, said 2012 was “a decent year” for most hospitals, but added, “There are a lot of things that are undermining that improvement” in 2013.

He cited a 2-percent cut to Medicare funding, as well as reductions in state payments to hospitals under a new tax-and-reimburse formula.

“First, we’ve had to figure out, how are we going to deal with the fireball of the [Medicare] sequestration being thrown at us, then we have to deal with this new tax,” he said. “It’s a lot.”

State officials, noting that most hospitals are in good financial health, have said that hospitals will be helped by expanded Medicaid enrollment and insurance coverage stemming from federal health care reform. 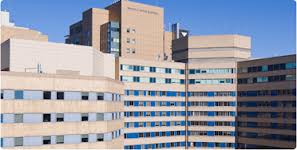 Despite efforts to reduce reliance on emergency departments for care, statewide emergency room visits increased at a higher rate in 2012 than the previous year, climbing 3.2 percent. The hospitals with the highest emergency department volume were Yale, Hartford, the Hospital of Central Connecticut, Middlesex, MidState Medical Center and Lawrence & Memorial, all located in urban areas.

OHCA attributed the rise in emergency room visits to factors including “a poor economy, where many residents have lost their jobs and health care coverage.”

Frayne said there was no single reason why some smaller hospitals may be struggling.

“All of the hospitals are confronting the same issues, but how they’re dealing with them is up to each institution,” he said.

The hospital association has criticized the state for changing its funding formula, in the face of Medicare cuts and flat Medicaid payments. In the 2013 fiscal year, hospitals paid about $350 million in state taxes and received back about $323 million – down from $400 million that used to be redistributed. This fiscal year, they are expecting to receive back only about $214 million, Frayne said.

The 2012 report shows that hospitals added 968 full-time jobs statewide during the fiscal year, with a total workforce of more than 54,000. Ten hospitals reduced their workforce during the year, with the largest percentage decreases at Waterbury, Greenwich, New Milford and Rockville hospitals.