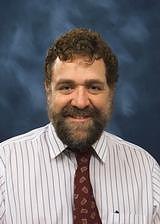 On the website for his stem-cell research company, Dr. Wayne P. Franco of Middletown promises “new hope” to patients suffering from heart disease, stroke and other ailments.

But the way that Franco has attracted some of those investors is the subject of complaints to two state agencies.

The state Department of Health [DPH] is investigating complaints from four patients who said that Franco solicited them to invest in his companies while he was treating them, or shortly before he began treating them. All four said they were discharged from Franco’s practice when they asked for information about how their money was being used.

The state Banking Department’s Securities and Business Investments Division is looking into complaints from two of the patients charging that the investment deals were improper, records show.  The complaints allege that Franco sold unregistered securities without meeting legal requirements.

The DPH prepared an investigative report in January 2011 that raised questions about whether Franco’s receipt of more than $60,000 from the four patients, beginning in 2005, violated standard-of-care or ethics rules – allegations that Franco strongly denies.

A DPH spokesman, William Gerrish, said the complaints remain an “open investigation.” The DPH has yet to act on the case, which dates back more than two years. A notation on the DPH investigative report indicates that the department planned to retain an ethics consultant to review the case.

Franco continues to practice in Middletown while running his stem-cell research companies.

“The next step in our process is to send the case to a physician consultant for review,” Gerrish said. “An appropriate consultant who is willing to review the case has not yet been identified. Upon receipt of a consultative opinion, the department will determine if probable cause exists to issue a statement of charges and to institute proceedings against the physician.”

A spokesman for the Banking Department said the agency could not publicly confirm or deny active investigations.

While Franco acknowledged that some of his investors were also his patients, he said in an interview that the claims of impropriety were a form of “harassment” by one of the investors, Wade Martell of Hadlyme, who was his patient and also worked as his part-time nurse.

“I see 10 patients a week for free,” Franco said. “I am well-respected. I’ve been working for 30 years without any complaints. This is harassment.”

According to the complaints, Franco initially approached Martell, a patient, to invest in three limited-liability companies he had established – New Heart, Oz and Progenesis. New Heart boasts treatments for patients with heart disease, stroke, autism and other conditions by using stem cells derived from umbilical cord blood, bone marrow or venous blood.

Martell said he gave Franco $17,000 and later accepted a part-time job in the doctor’s practice, where he said Franco asked for his help in securing investments from associates, including Martell’s sister, also a patient of Franco’s. The two other complainants were friends of Martell’s who became investors and then patients of Franco’s. All four were treated by Franco for potentially serious ailments, including cardiac problems, hypertension and thyroid disease.

The four said they received letters from Franco in 2008 stating that he could no longer be their doctor after they began asking for information about their investments.

Franco said he could not comment on details of his relationship with the three patients other than Martell, but he said the allegations of improper conduct “have not been proven true.” He acknowledged that Martell was his patient when he asked him to invest in the stem-cell companies and then hired him as a part-time nurse.

“We were both raising money for a common cause,” Franco said. “Wade brought the people into the company. I was a doctor and he was a nurse. In fairness, anything I did, he did too.”

The case raises ethical questions about the nature of the doctor-patient relationship, and whether it is proper for a physician to solicit investments from patients for private ventures. The American Medical Association’s code of medical ethics discourages doctors from asking their patients for money, in part because patients—already in a vulnerable role—may feel undue pressure to comply with solicitation requests.

“Physicians should avoid directly soliciting their own patients, especially at the time of a clinical encounter,” the AMA code of ethics says. “They should reinforce the trust that is the foundation of the patient-physician relationship by being clear that patients’ welfare is the primary priority and that patients need not contribute in order to continue receiving the same quality of care.”

Although the state DPH receives some complaints from patients regarding boundary or ethical issues, the agency does not typically receive complaints about physicians soliciting money from patients, Gerrish said.

Martell, a retired psychiatric nurse who worked for the state for 28 years, denied that he had ever harassed Franco. The two have tangled in recent years, with Franco calling the police and filing charges against Martell in 2008 for trespassing in his office. Martell sued Franco for wrongful prosecution and defamation. That suit is pending.

Franco asked that C-HIT hold off writing about the DPH complaints until he and Martell settle that lawsuit, saying the settlement would include a “non-disclosure” agreement barring Martell from talking about their dealings. He said the DPH case was moot, in his opinion, because he had stopped seeing the four as patients.

Martell, a longtime patient of Franco’s, said his father and brother had died of heart disease, and Franco told him that his investment could help lead to a cure. He said Franco solicited money from him in 2005 during an office visit, then in 2007 hired him to work in his office.

“He was my doctor. I trusted him with my life,” Martell said. “I felt like we became friends. I thought he was brilliant… It was very distressing to have him not only abandon me as a patient, but to see him taking advantage of other people who put their trust in him.”

Franco said he and Martell “have been in a battle for seven years” that led to the complaints being filed against him. Asked about his solicitation of patients, Franco repeatedly said he had seven patents pending for important stem-cell breakthroughs that could “cure diseases.”

In DPH documents, Franco denied unethical solicitation of money and said the investment agreements bore no relationship to his practice of medicine, and therefore were not a DPH matter.

Besides Martell, the three other patients who say they gave Franco money and were discharged from his practice when they asked questions were: Martell’s sister, Jane Scofield of Willington, who says she gave Franco at least $16,000; Robert Zarcone of Moodus, who invested $17,000; and Christine Esposito of Chester, who invested $15,000.

Scofield, 61, a bank data-center manager, said she was a patient of Franco’s when he solicited money from her.

“At the end of the [office] visit, he’d say, ‘Do you have any money to invest?’” she recalled. “He said his stem-cell method would be the cure-all treatment, if he could get it marketed. It sounded like a good investment to me.”

After she started asking questions about his companies, she said, Franco told her she needed to find another doctor because it would be a conflict of interest for him to continue treating her.  He cancelled several appointments, she said, and she later landed in the hospital with gallbladder problems.  “I felt like he basically abandoned me,” Scofield said.

Esposito, a longtime friend of Martell who works as a private nurse with elderly clients, said she had never invested in anything before Martell introduced her to Franco.

“I remember saying to Wade, when I looked through the investment agreements, ‘I’m not sure I’m an accredited investor,’” she said, referring to language in the agreements. “You know when you have blind trust? I invested the money with all kinds of hopes and dreams. He [Franco] was saying, ‘Can you imagine helping a baby before it’s born, just by having them inhale the stem cell?’ It sounded like we would be helping people.”

After giving Franco the money, Esposito, who said she suffered from depression and stress, became his patient. But that didn’t last long.

“I had asked him about maybe getting the investors together in a meeting, and a while after that, he said he couldn’t treat me anymore because I invested with him,” recalled Esposito, a widow with two children. “It took me a while to figure out maybe things weren’t right. My kids were getting of college age – I got worried.” She filed a complaint with the DPH.

Zarcone, a leather craftsman who was introduced to Franco by Martell, said he invested $17,000 in Franco’s three companies after the doctor made his pitch. He then became Franco’s patient, receiving treatment for hypertension.

After he asked about Franco’s marketing plan, Zarcone said, he was dismissed from the practice. He said he sent Franco a certified letter in November 2009 asking to “see the books” on the companies, but the letter was returned.

“I thought he was legit. He made a lot of promises that sounded good to me at the time, as an investment,” Zarcone said.

The DPH investigative report highlights several discrepancies in documents submitted by Franco, including dates on the patient discharge letters he sent to Martell, Scofield and Zarcone. A lawyer for Franco submitted copies of certified mail receipts dated Feb. 26, 2008—but the actual letters to the three patients bore a date of March 4, 2008, the DPH report says. A search of the USPS tracking numbers identified “no record” of the receipt numbers submitted by Franco, according to the report.

In a March 24, 2008, letter, an attorney representing Franco notified Martell that Franco was willing to return Martell’s investment in exchange for an agreement to “waive and release any and all purported claims, controversies and causes of action you have or may have against the companies or our client.”

But in October 2008, an attorney hired by Martell, Scofield, Esposito and Zarcone reported in a letter to his clients that efforts to reach an agreement with Dr. Franco’s lawyer “have not produced any positive results regarding the possible recovery of your funds.”

Robert Anthoine of O’Brien & Simones of Waterford advised the four to forward all their documents to the DPH, saying “much quicker action should be forthcoming from the Department of Public Health, who I believe will investigate Dr. Franco’s conduct far more aggressively (and quickly), as they will be concerned for both the protection of the public and the public image of the medical profession.”